Not too long ago, on our list of the best Android launchers that you can install right now, we took a short look at Go Launcher. This is one of the most downloaded launchers of all time and it was once known as the best launcher that you could get. Is this still true? Well, let's find out!

At its core, Go Launcher is following the traditional approach of Android launchers which was has been used for many years. Five home-screens where you can place widgets, apps, and shortcuts - along with an app drawer and a dock. 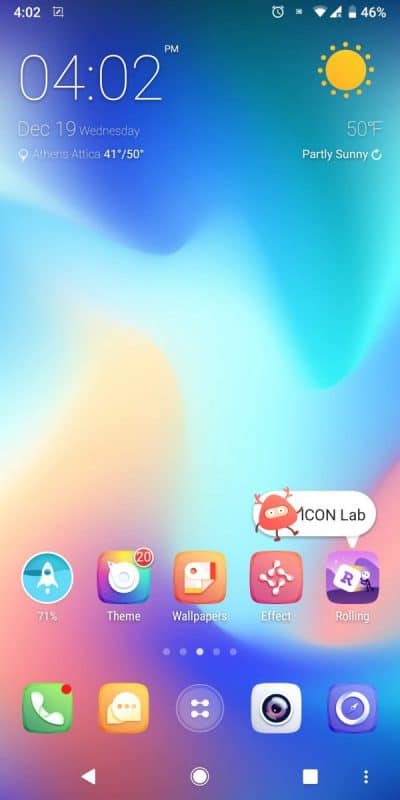 So, if it's just a traditional launcher, then why is it that so many people consider it as the best launcher of all time? If we are to make one guess, then that would be customization.While you only have a dock, the traditional Android home-screens, and the app drawer without much fancy stuff there, you've got the option of customizing pretty much everything. App icons, dock, animations, you name it.Almost everything that you can see in Go Launcher is fully editable which is pretty neat and that's one of the things that make this launcher stand out. Let's take a deeper look at it.

First things first, we are often hard pressed to find all of the animations and goodies that Go Launcher offers in other launchers. 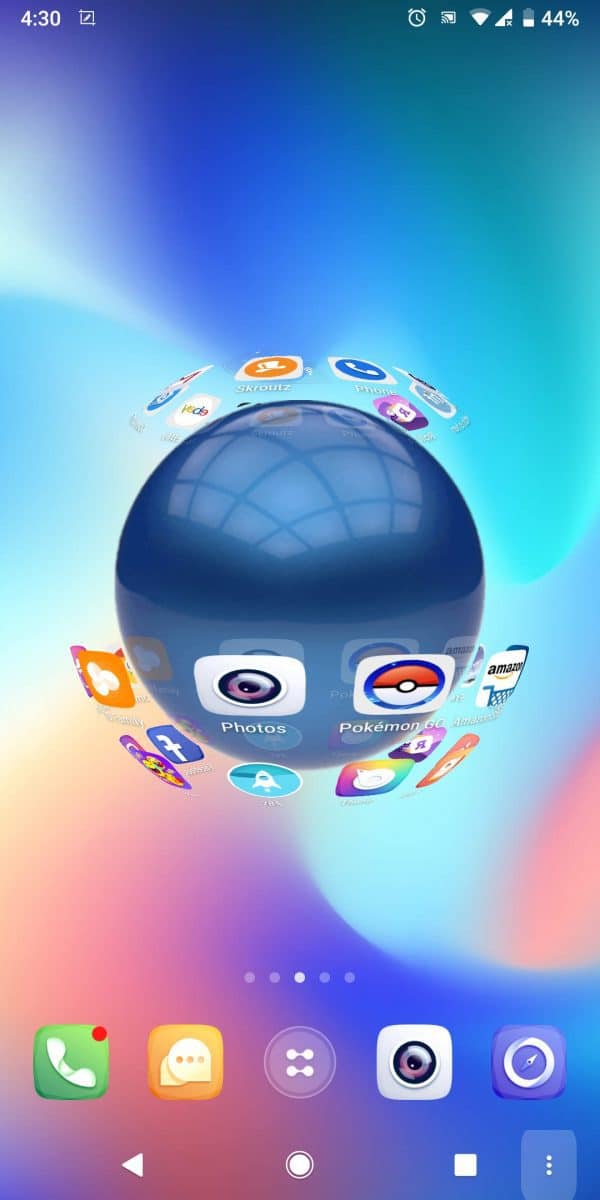 There are quite a few home-screen and app drawer animations with some of them being more on the fancy side. The animation that you can see in the image above definitely belongs on that category.When it comes to free vs paid, only 3 home-screen animations ask for a VIP package. And that, by the way, is quite cheap as well. The cheapest package comes at 8 bucks per month.Yes, the premium package seems to be a subscription and not a one-time payment - which is quite a shame really. But, the good thing is that after that, you'll be getting more themes and wallpapers than you can ever use.If you only need a specific wallpaper/theme and you don't feel like subscribing, then you always have the option of paying for a premium theme as a single item.And with that being said, just because there is the option of premium membership, doesn't mean that you'll have to absolutely use it. Even as a free user, you still have a lot of themes and wallpapers available to use. But, more on that later on.On the department of extra goodies, you get things like "Rolling", which makes your apps float on your screen depending on how you hold your phone, an app manager which shows you all of your installed apps and their properties in one place, and more.

People have various reasons for installing 3rd party launchers. But, let's be honest, most of us are simply looking for extra customization options - and Go Launcher greatly excels at that. 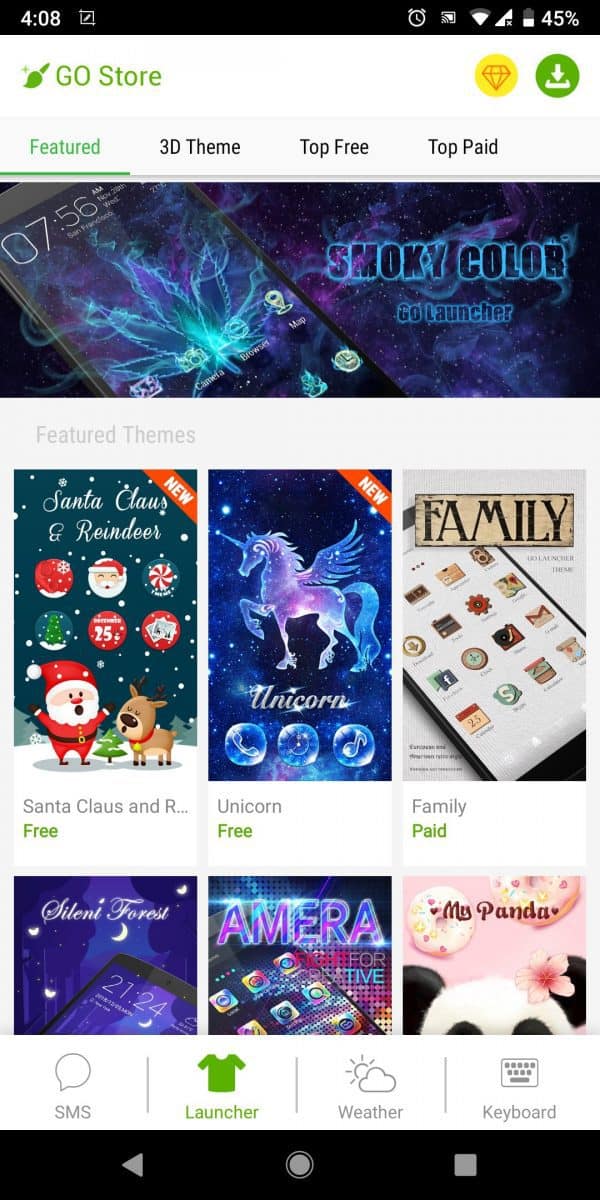 Themes on Go Launcher are basically packs of icons and wallpapers that are made to fit together in order to offer a smooth looking UI. And if you feel like one specific app icon is not to your liking, then you'll be glad to know that you can change app icons individually and pick from different themes that you've installed.There are plenty of free options, which is nice. But, if you want the best experience that you can get, then chances are that you'll have to pick a paid option at least one time.One thing that we absolutely loved with Go Launcher themes is that most of them have custom app icons for 3rd party apps. Facebook, YouTube, Instagram, etc. And if you take that for granted, then you probably didn't have to live through the era where we could only get custom app icons for our system apps like settings, camera, etc. 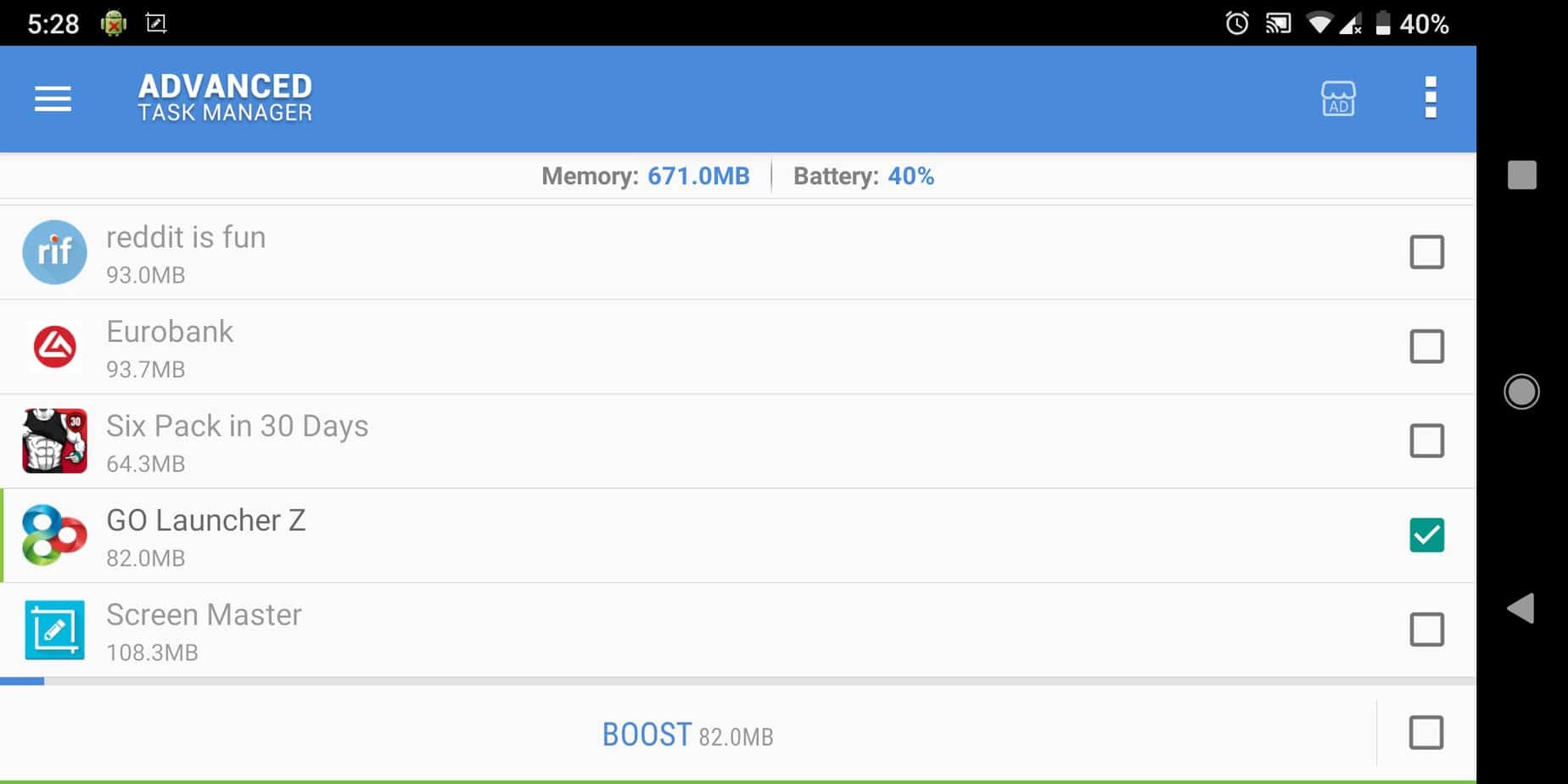 As much as we love this launcher, there is no doubt that when it comes to optimization, well, let's just say that there are better choices out there.We are not necessarily saying that the app is too heavy or super badly optimized. Just it's not as good as other choices like Smart Launcher 5.Some of the animations feel a bit sluggish and the transition between different apps and the launcher just doesn't feel as smooth and fast as even the stock launcher.So, yeah. Optimization is neither too good or too bad. It's just somewhere in the middle. RAM usage is absolutely great.Though, those of you who are using budget phones with 2 gigs of RAM or less than that may have a rough time. That's why we've previously mentioned that super cheap phones aren't worth it. You're better off spending a tiny bit more and getting a good value than trying to save more money and end up wasting it in the process.

As much as we love Go Launcher, not everything is perfect. First of all, you get a lot of stuff that you are never going to use on your home screen by default which is slightly annoying. 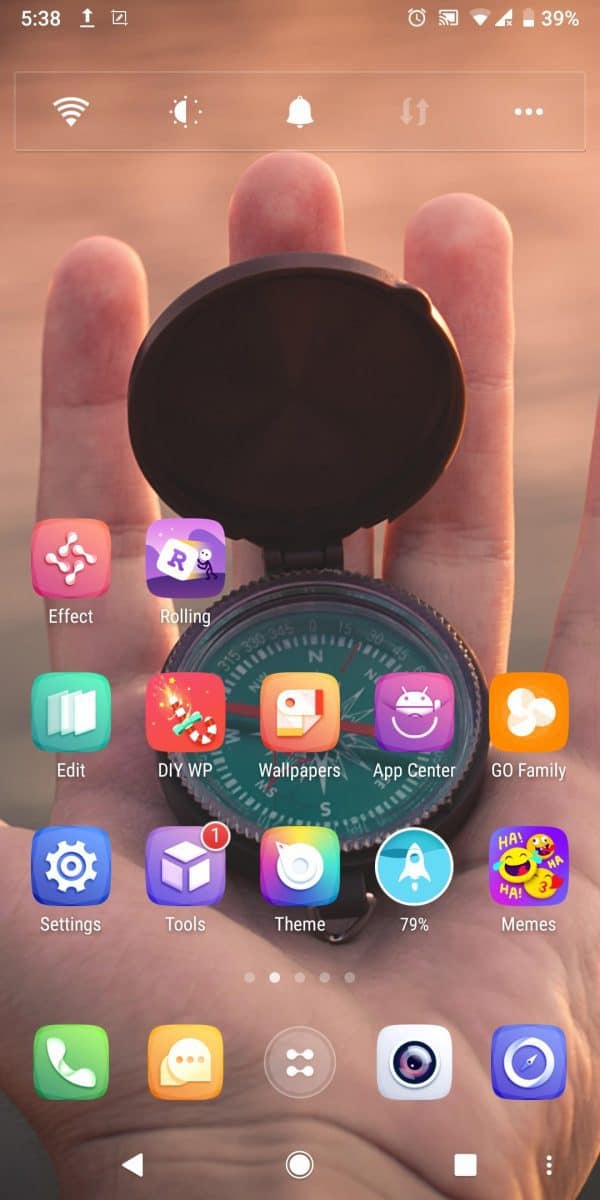 Everything that you can see here apart from the dock was already there when we installed the app and chances are that we are not going to use anything from there. Themes, wallpapers, and anything like that is accessible through the options.As if that wasn't enough, there are times where various suggestions will pop-up when returning to the launcher which can be slightly irritating. Obviously, none of these are deal breakers, but we just had to mention them.

One of the reasons that Go Launcher used to be the best launcher is because the competition was almost non-existent back then. Now, you've got many options - each one of them with their own pros and cons.So, this is clearly not the best launcher anymore, but it's most certainly one of the best that you can get - especially when it comes to customization options. We highly recommend checking it out!

Get it from the Google Play Store

Feel like we forgot something important? Got something wrong? Then let us and everyone else know about it in the comments section down below!Like what you see? Then don't forget to follow us on Facebook and Twitter for the latest news, reviews, listicles, apps, games, devices, how-to guides, and more!