Looking at the status bar icons and wondering what are the Android phone symbols at top of screen for? Here’s a complete informative guide that will help you understand the different symbols you see in the Android status bar.For decades, the human race has been rushing to find the means of communication that connects the world at large. While the foundation for this was put forth by cellular communication, the inclusion of smart devices is changing the game entirely. With the monumental shift in how the world communicates, Android OS has been at the forefront fo of this revolution. Reports are estimating that by the end of 2019, there will be around 5 Billion smartphone users across the world. You can bet that the majority of the smartphone users among those 5 Billion will belong to Android OS.The rapid growth of Google’s mobile software platform is in part due to the tremendous support from Android OEM brands. Offering their very own design styles, user interface and features on top of what Google ships out makes Android vibrant. However, the more cooks there are in the kitchen means there’s more for the beginner Android users to learn. As a newcomer to the world of Android, you may notice that the informative status bar comes with a bunch of Android phone symbols at top of screen. So some of these are as basic as it could be for Wi-Fi, Bluetooth, and more, but others can be cumbersome.

So you got your hands on a brand new Android device and it all seems to be going buttery smooth. But wait, what about those icons that you see in the status bar and do you know what each and every one of those actually mean? Even for those of you who are familiar with Android, some of these status bar icons could be mind-boggling. We’ve sieved through the forums across the internet to find out all of the basic as well as some of the lesser-known status bar icons out there, and here’s a table down below to help you understand all of these Android phone symbols at top of screen on your device.

How to Hide the Android Phone Symbols at Top of Screen

The initial idea behind the Android status bar was to allow users to have a window into the device’s workings. Services are starting to take up space in the status bar, which is why the real estate to highlight indicators is lesser. Additionally, the trend of notch display leaves even lesser room to put those Android phone symbols at top of screen. Up until Android 6.0 Marshmallow, there wasn’t a way to deal with these status bar icons on your Android device.But now that the System UI Tuner is present as a hidden feature bundle, this issue is no more. The ability to access the System UI Tuner on Android 7.0 Nougat and Android 8.0 Oreo is identical in ways. So here’s how you can find the hidden System UI Tuner menu. Additionally, the steps below will help you in removing the status bar icons that you don’t wish to see. 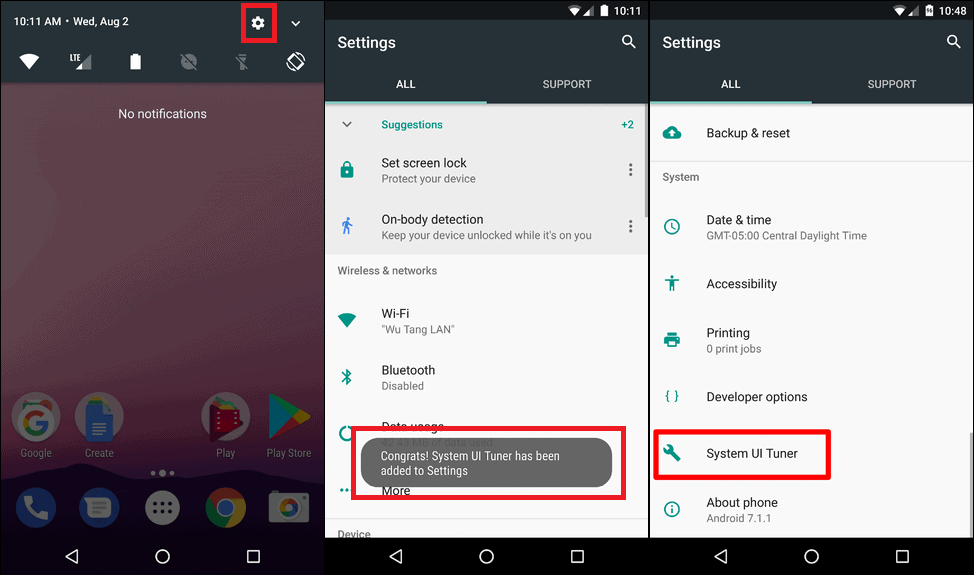 This message will pop up on all devices running the Android 7.0 Nougat and Android 8.0 Oreo operating system. However, the same ability is not a part of the latest Android 9 Pie, and yet the feature is still there. The System UI Tuner menu isn't out there, but there is an easy way to bring it out is by using a third-party app. In order to get the System UI Tuner on your Android 9 Pie device, here’s what you need to do: 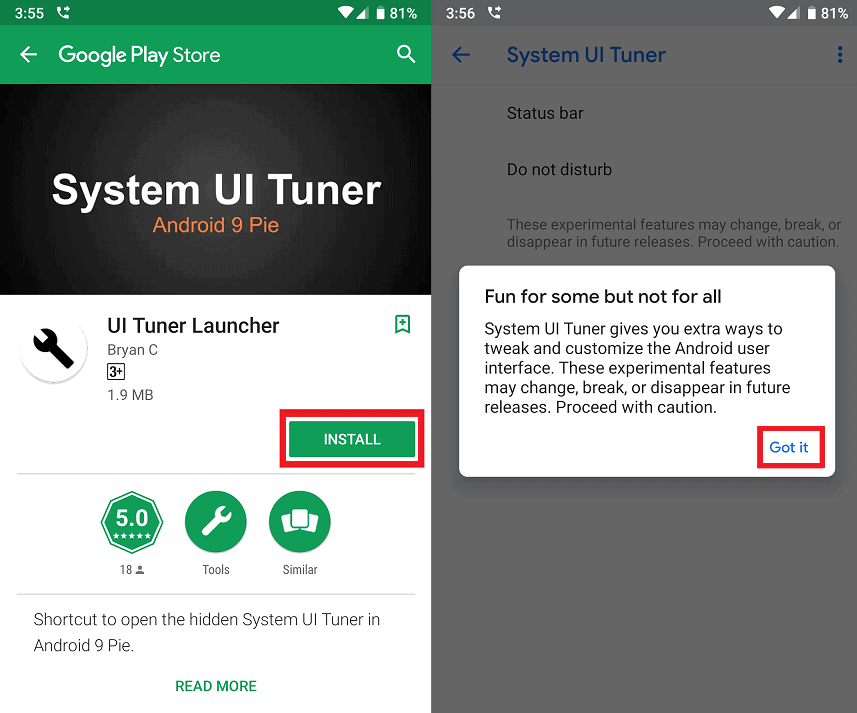 Step 2: Use the Status bar Feature 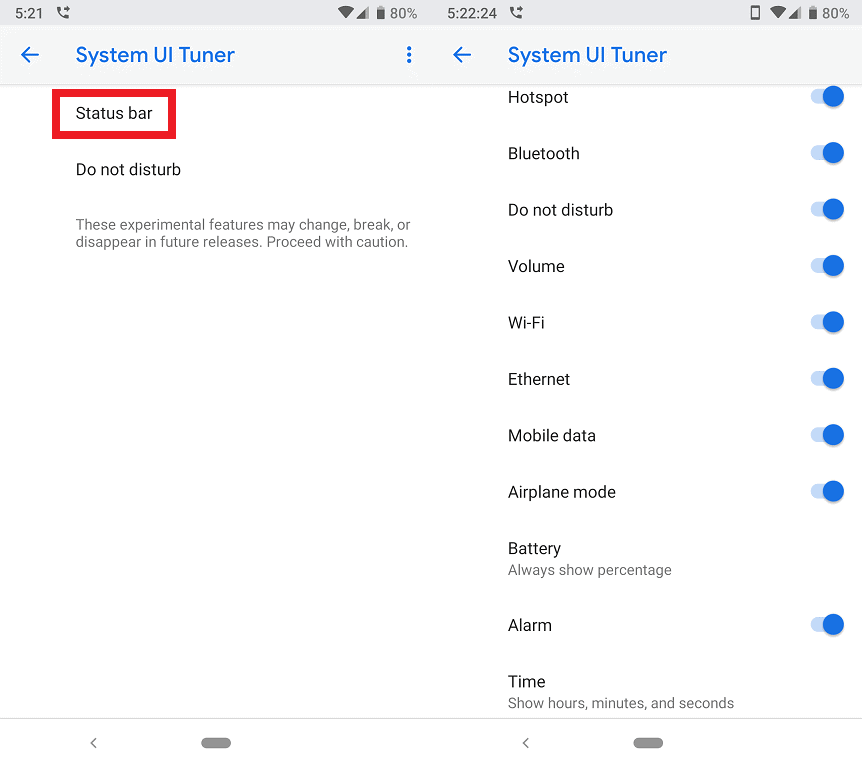 So that's all there is to it! With the System UI Tuner menu enabled, you can control which Android phone symbols at top of screen appear and which ones don’t.

The Android OS is no longer a closed-door phenomenon that only the geeks and out-of-the-box thinkers are using. Google's very own mobile operating system is quickly becoming the universal standard. Which is why the need to educate ourselves about the different features is now more important than ever. Since Android continues to ride the wave of open customization, the ability to hide status bar icons is a neat addition.Were you finally able to understand the Android phone symbols at top of screen from our definitive guide above? Is there any other status bar icon that seems to be bothering you but you can't seem to figure out what it actually is? Be sure to reach out to us on the Updato Forums and we'll be here to help you with it.