Smart home products have entered into the mainstream in recent years, led by the Amazon Echo assistant speaker and its main rival Google Home. Hundreds of related product categories have sprung up, with IoT and home automation devices becoming increasingly accessible and affordable.That said, growth within the connected devices sector is still rather slow. The prohibitive cost of decking out your home with smart home products is one possible reason, with a lack of trust in the security and privacy of such devices another probable factor.Many observers feel this is set to change over the next few years, with the demand for smart home tech set to increase rapidly as automation makes the transition from futuristic pipe dream to reality for millions more people.

Looking at which smart home devices are selling the best, and in which regions, can expose some interesting trends in one of the fastest growing sectors of technology. To that end, we've compiled some facts and figures to see if we could learn anything about the smart tech industry and where it's going.We commissioned a study and created the below infogram to visualize how popular smart home products are in each US state. As you'll see, the study has produced a mixture of both predictable and slightly more unexpected results.For this study, we compiled data from 3 main sources: This allowed us to cast a broad net and capture as much data as possible. We analyzed 133 different smart home products across six different categories: Of the 133 total products surveyed, we looked in-depth at the top 25, using sales figures and search volume data for each product in each state to get a sense of their popularity. Without further ado, here are our findings:Predictably, California comes out on top as the smartest state. Since it's where Silicon Valley is located, and many of the companies whose products we analyzed are based there, this comes as no surprise. Did anyone really expect Utah to come in second place, however?The sparsely populated states in the frontier (Wyoming, Montana, South Dakota and North Dakota) are understandably behind the times when it comes to adoption of and interest in smart home tech, but Mississippi seems to be an outlier among the southern states, ranking far lower than its neighbors.Let's take a look at some of the other trends we've been able to glean from the data.

Smart entertainment comes out on top

While a lot of TVs and speakers include smart functionality these days, that hasn't stopped consumers from checking out other products. From our research, we can see that smart home entertainment products are being searched for far more than home security options.

Some of these searches include the Amazon Fire TV Stick, Apple TV, and Google Home. However, the most popular product by far is the Google Chromecast. Google's casting device saw monthly search volume of 1.5 million, with the Fire TV Stick coming in a distant second with just over 1 million.

Ring secures the no.1 spot

You might think products like Philips Hue lights or Nest Thermostats would be among the most searched products, and they certainly didn't do badly. Surprisingly, Ring is more popular, with a search volume of more than 240,000 per month.This may be in part due to the company's appearance on popular business/reality show Shark Tank, where the owners were looking for an investment before being rejected. They had the last laugh, however, when Amazon acquired the company for $1.1 billion.Vivint is the next most searched name in smart home security tech, so we caught up with the company's CTO Jeremy Warren to find out what the future brings for his company and the sector:

Artificial intelligence has attracted broad attention lately, but most of the popular media conversations surrounding this topic are irrelevant to the actual, impactful progress being made in so many areas.

In the real world, artificial intelligence isn’t about recreating and supplanting generic human intelligence — it’s about automating specific tasks and solving specific problems that require techniques beyond simple pre-programmed if-then-else logic. … When taking this more pragmatic view of the near-term potential of AI and pondering the most compelling applications, many look to the home, where countless daily tasks are ripe for automation. While voice and smart home assistants are already lightening the burden of home management, they are just the tip of the iceberg.

Thermostats rule in the cold

If you live in a region with lower average temperatures, it stands to reason that you'd be more more likely to look into buying a smart thermostat. Our research backs this up, as it was found that connected thermostats are preferred in colder states.From the data we analyzed, the states that show the most interest in smart energy management systems are Michigan, Minnesota, and Massachusettes — some of the coldest places in the country.

Nest is best in class

When it comes to smart thermostats, there are two clear front-runners — Nest and Ecobee. However, Nest is by far the more popular of the two options, potentially due to its lower price. 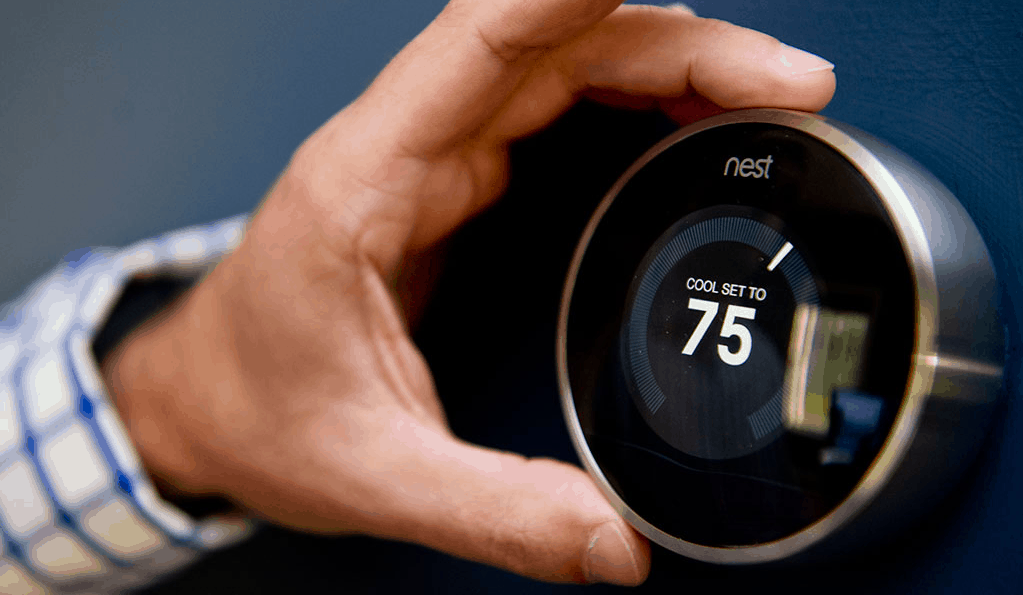 Our data found that consumer interest in Nest was almost twice the amount of Ecobee. This research falls in the 'Energy Management' category, which has been on the rise in recent years.

A look at retirees

If you think smart home products are only for "hipsters" and the "millennials", you might want to think again. Retirees lead the way in 3 states for interest in smart home devices.Instead of smart lights and thermostats, retirees are more interested in security automation products. The 3 states in question are Arizona, Nevada, and Florida, none of which should come as a huge surprise.

California, Utah, and Washington ranked as the 3 "smartest" states. It should come as no surprise that adults in these states were more likely to have some form of college education.In those states, 1 in 5 adults graduated with a 4-year degree, and 1 in 3 completed some form of college education. This leads us to deduce that those who attend college are more likely to properly equip their homes with smart products.

It was found that the average household income in the 3 "smartest" states was 20% higher than the median household income. This to be expected since more disposable income makes consumers more likely to get on board with emerging technologies.

Being able to turn your lights on and off from your smartphone is one of the most convenient pleasures available to smart home technophiles. Philips is ahead of the competition in this area, with its ever-popular Hue lineup of lights. 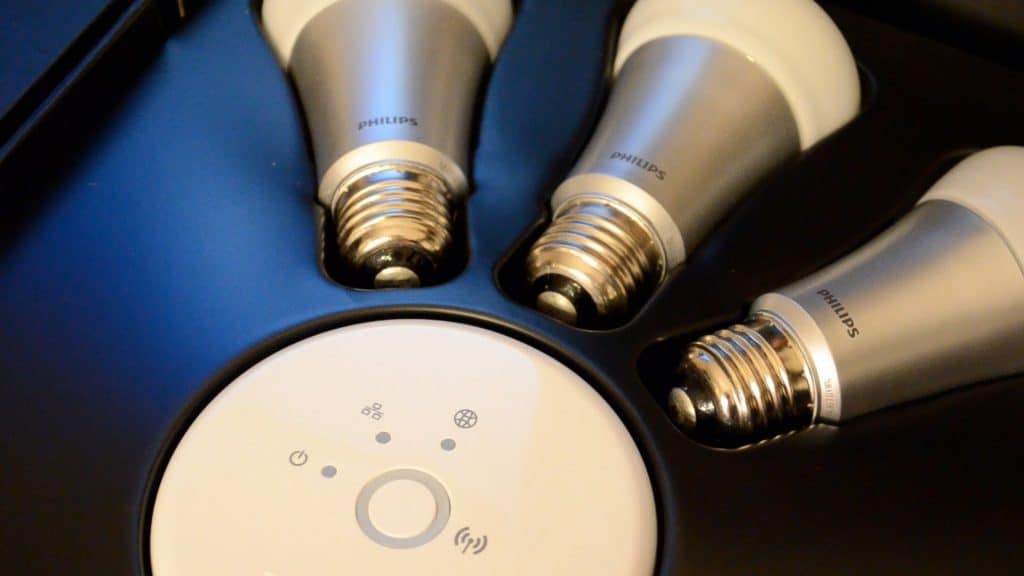 In the Lighting & Control category, Philips Hue products are researched more than 5 times as much as the next product, LIFX.However, LIFX started with a Kickstarter campaign 6 years ago and has proven to be on the road to becoming a decisive player in the smart home industry. We spoke to LIFX CEO Tim Peters, who’s confident that his company will continue growing in the next few years.

Five years from now, LIFX will be the leading provider of smart lighting experiences and home illumination, continuing our mission to share incredible experiences with light. The smart home products that will survive and thrive are those that blend seamlessly into our customer’s lifestyle, home, and delight their senses - sight, sound, voice, and touch.

Perhaps the most surprising aspect of our research comes in the form of an age-old rivalry — iOS vs Android. In 9 out of 10 "smartest" states, it was found that iPhone owners are more inclined to purchase a smart home product.Does this mean that those tied to the iOS ecosystem are more likely to adopt smart home technology? It's definitely possible. Apple's HomeKit has been around for quite some time, and a lot of products are released with this in mind.However, this isn't to say that Android users are just left in the dark. Instead, there seems to be an upward trend of Android owners dipping their toes in the smart home world.[symple_divider style="solid" margin_top="40" margin_bottom="34"]It's clear that smart home products are more than just a fad. Google and Amazon are acutely aware of this, which is why both companies are plowing money into the development and marketing of Assistant and Alexa, respectively. It could turn into the biggest technology battle of the next few years.

For Google or Amazon to take full control in the sector, they're going to need to release a more full-featured smart home hub, capable of more powerful integrations. Drew Kozub of Mobile Nations believes the hub will be key to smart home growth in the future.

On paper, sinking lots of money into a smart home hub sounds boring, but consumers will start doing this because of what these brain centers of the smart home will be able to do. As you add more smart devices to your home, your hub is going to figure out the best ways to use them based on your routine.

For example, your hub is going to realize that when your alarm goes off on a weekday morning at a certain time, you’re probably getting ready for work or school, and it will make that process a bit easier based on your past habits. So when the alarm rings, the hub will slowly fade up the lighting in your bedroom, and maybe open the Wi-Fi vents in your bathroom so it’s toasty warm for your morning shower. Partway through the shower, the hub will activate your connected coffee maker to brew you a fresh pot of coffee, and as you pour that first cup your smart speaker will run through the day’s headlines and your schedule.

Right now there are a lot of cool, stand-alone smart home devices, but over the next five years the way these devices will integrate with each other is going to improve our day-to-day routines.

Now we want to know what you think. Be sure to let us know your thoughts and opinions on the above infogram. And more importantly, let us know what smart home products you have recently purchased, or plan to buy in the future.