With all of the Subways Surfer style games out there, isn’t it time to play Android games adults would enjoy too? Here are the coolest adult games for Android that are not only fun, but SFW (safe for work) too.Most of us Millennials started off mobile gaming with the Snake II on the pixelated display for the Nokia 3310. In these futuristic times, we get to enjoy the console-style action with games like PUBG as mobile gaming catches up. Google has maintained a child-friendly image of Android with thousands, if not millions of games catering directly to young ones. From educational games for toddlers, to hardcore action games for teenagers – there’s something for everyone.This is why we’ve sieved through the underbelly of the Google Play Store to find the coolest Android games adults would enjoy playing, and the young ones should probably stay away from. None of the games are NSFW in any way, but designed to cater to an older audience, so enjoy!

Our first choice isn’t a single title but the developer itself, who subsequently has released three different word-genre games. If you’re a fan of adult card games that are too embarrassing to even make eye contact during, then the trio of games by Evil Studio Limited is right up your alley. 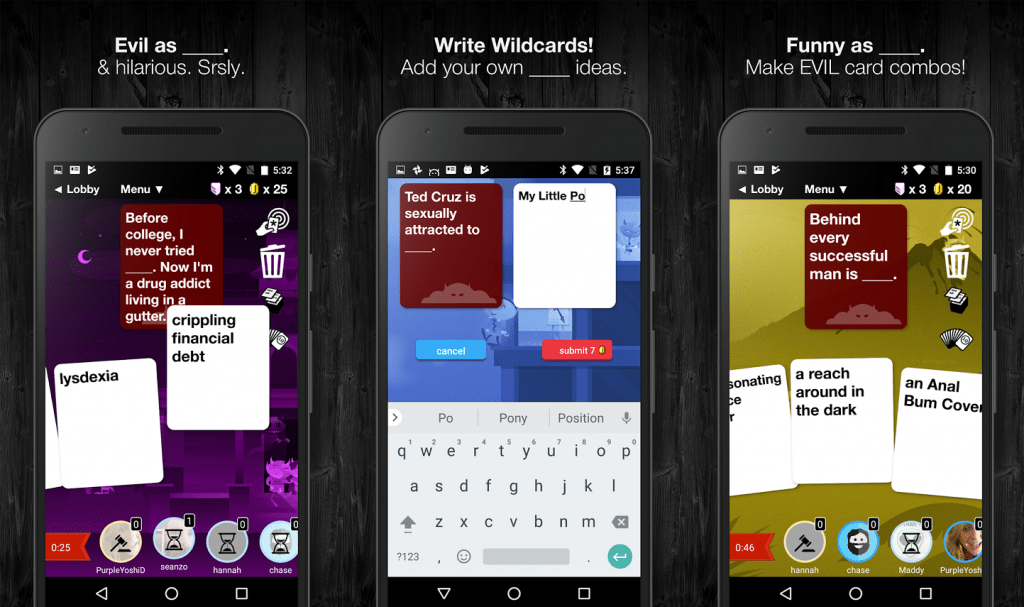 Evil Apples: A Dirty Card Game – This is probably the closest any game has ever come to bringing the experience of Cards Against Humanity to mobile devices. You can play with your local mates or grab three random nearby players and begin playing a twisted game of finishing sentences in the most sinister and hilarious way possible. The “Judge” among you gets to decide who wins each round, and the player to win 7 points wins the game of Evil Apples. 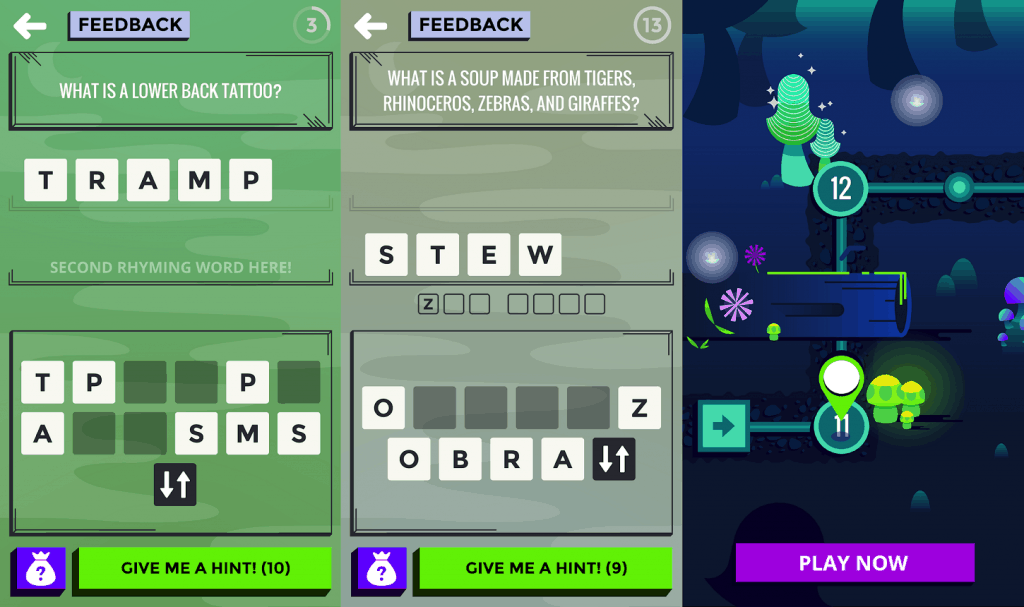 Dirty Birdy: Evil Rhyme Game – Finding rhyming words is probably great pastime for the little ones, but better keep Dirty Birdy out of their hands unless you want them to ask you want a “Tramp Stamp” is. Built by those know exactly what kind of Android games adults would like to play to make things awkward, your job here is to read the question and find a grinningly funny rhyming word to it. With hundreds of levels that don’t repeat over and over again, make sure to take Dirty Birdy on your next round at the bar for a fun time. 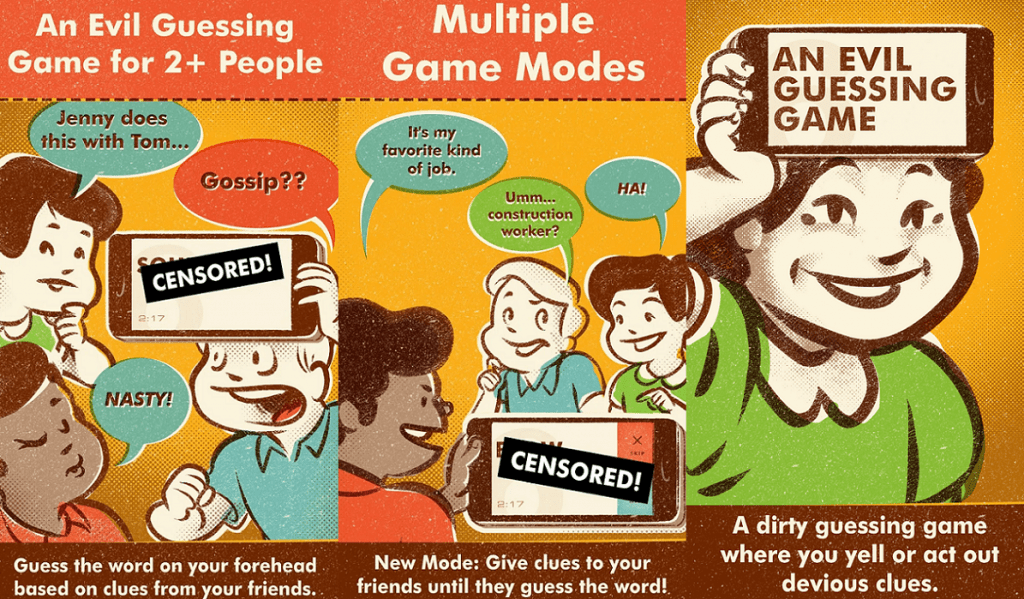 Evil Minds: Dirty Charades – The clue is in the name, but there’s a whole lot more to this whacky charades game than you could think of. The game starts off with two different modes (Clue Giver and Clue Guesser), with over a whopping 2,000 possible words to play with. You can either hold your phone up to your forehead for your friends to help you guess the word, or hide it from them and wait as they scramble to guess the most bizarre words.

https://youtu.be/nGtPKjy50nQConsidering that the gaming industry on consoles and PC is already wildly popular, it was always difficult for mobile game developers to keep up. Even in such turbulent times, Fireproof Games has succeeded in bringing something new to the table. Going from being addictively mysterious to borderline creepy as you go into the story deeper, The Room series has been a fan favorite of many.The entire premise of all the four games in the series is for you to find your way out of mysterious situations. Each installment of the game is based on a different storyline with a thick plot, but one thing remains constant is that you’ll find yourself deeply entwined in the puzzles that surround you, the graphics-intensive artifacts that hold those secrets you wish to uncover, and a conclusion that brings it all together.

Get The Room Quadrilogy on Google Play

https://youtu.be/k1jXInpWYXsWhen a game ends up on a crowdfunding platform and becomes the most funded game ever, you know it’s worth getting it. The best part about Exploding Kittens is not just the kittens and the explosions and the lasers (it gets crazier), but the fact that now you can enjoy the card game experience anywhere and anytime, thanks to it now being officially one of the few Android games adults can enjoy and keep to themselves.Consider Exploding Kittens as a feline-themed version of Russian Roulette where players draw cards after one another. The game gets crazy when one of them draws an Exploding Kitten card and unless they have a Defuse card, they’re out of the game. But the game gets interesting cause the Defuse cards are the most hilarious items you could possibly expect, ranging from catnip sandwiches to paw-inspiring (pun intended) laser pointers.

Get Exploding Kittens on Google Play

https://youtu.be/03sZ8XyrAIAEven if you aren't the biggest fan of the adult animations series that Adult Swim produces, you'll certainly appreciate the kind of quirky games they create. Either way, once you’ve played this puzzling surgeon simulator game, you’ll begin to appreciate the medical professionals a lot more. You’re Dr. Bleed and it is up to you to save “lives” with your handy pizza cutter, done kitchen utensils, and a lot of hope in Amateur Surgeon 4.This time you’re not alone in your quest for saving the weirdest creatures that have ever existed. With more than 30 different partners to lend a helping hand during your operations, a healing expertise that spans across, eye, lung, heart, and even giant squids for some reason, and cutting and stapling your way through more than 150 levels, Amateur Surgeon 4 is among the best role-playing Android games adults won’t get enough of.

Get Amateur Surgeon 4 on Google Play 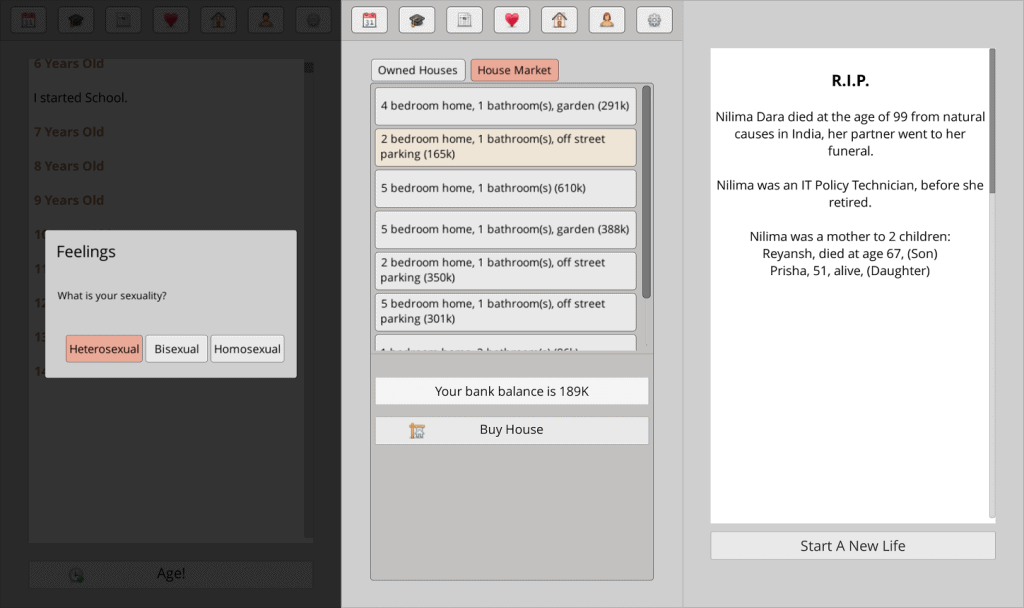 We’ve all wondered what it would be like to have walked down a different path, been brave enough to do something we knew was outlandish. Well, now you get to try it out and live life without having to worry about real-life consequences, thanks to InstLife. Most role-playing games put you in a position of power in ways you never could really have, but InstLife makes even the mundane of tasks such as picking a career or finding a place to live the coolest task ever.The barebone simulation game gives you a life you’d otherwise never have, but everything that comes after is decided by you. In this “life simulation” game, you can either drop out of school and end up homeless and dead in the street, or forge your way to glory as the next great Michael Jackson of the century. It doesn’t always have to be glorious and fantastic, sometimes just being a pencil pusher with a lovely home that you can afford and a loving family around you is all you need, and InstLife gives it to you.

Get InstLife on Google Play 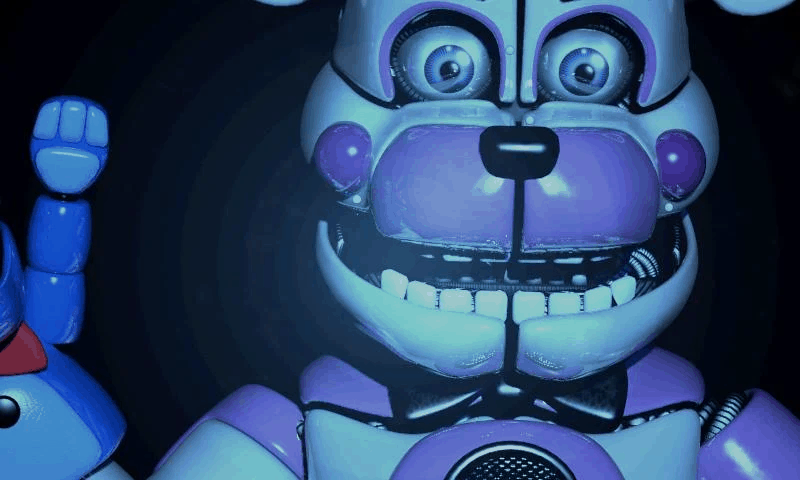 Even if you aren’t the biggest fan of the jumpscare horror genre, there’s a slim possibility that you would’ve missed out on the name “Five Nights at Freddy’s”. Creating an era of scaring adults and making them cry themselves to sleep, the game series is now available on the mobile platform and you won’t even have to convince the little ones that this is among the Android games adults should only play.Forget your friends who have been there for you all your life, the only people you know now are Freddy Fazbear, Chica, Bonnie, Fozy and “the others”. The job you took up at the Freddy Fazbear’s Pizza is now a living nightmare as they animatronic robots that please kids and parents during the day, become far more sinister during the night. You’re stuck at the security office cabin looking over them, but when the light runs out, things begin to rumble.

Get Five Nights at Freddy’s Series on Google Play

How refreshing it is to enjoy games that are finally designed to please the older crowds and not their little ones? Do you have a personal favorite that we’ve missed out on but definitely deserves to be on this list? Don’t be a stranger and hit us up in the comments section right down below!