VPN stands for Virtual Private Network. VPN programs give you the ability to browse the Internet with more anonymity, privacy and allow you to access websites that are normally not accessible in your country. More on how VPN programs work in this article. With that being said, here are some of the best free unlimited VPN for Android devices.As a side note, do keep in mind that these programs are not ranked in a particular order. 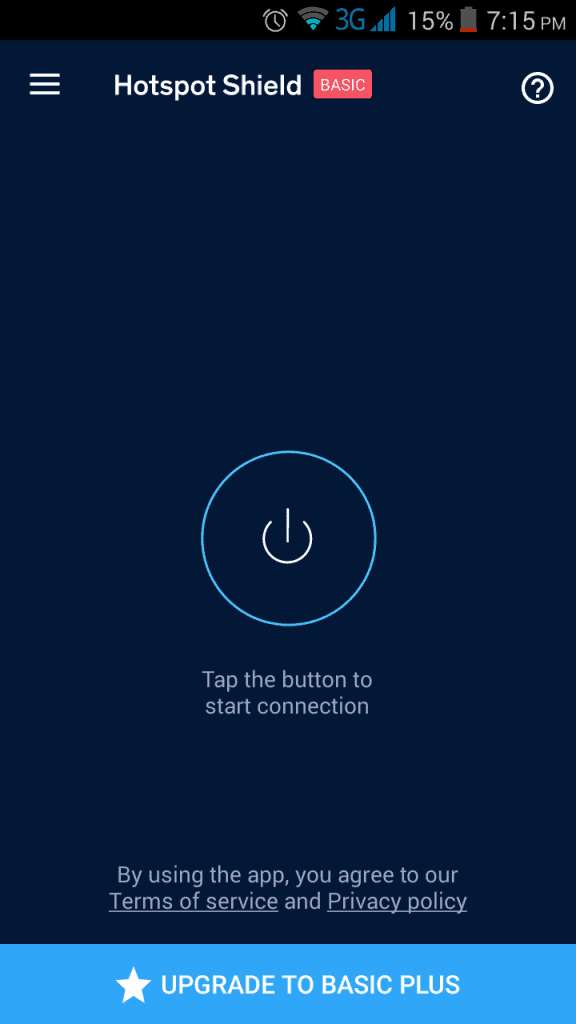 Hotspot Shield is one of the most downloaded VPN programs in Google Play Store. With the free version counting more than 50 million downloads and the basic free version more than 10 million, Hotspot Shield has absolutely earned a place as one of the best free unlimited VPN for Android.At this moment, it currently has an average rating of 4.5/5. That's not perfect but you could say that it's pretty close. And of course, it's completely free to use.The standard free version of Hotspot Shield seems to be more or less the same with its basic version. The only difference that I noticed was that the standard version allows you to choose a country/server.When it comes to features, you can expect the usual stuff that VPN programs offer. The only additional feature that most VPN programs don't have, is the malware scanner. Now, I don't think that you need security on Android devices. I've been using Android for about 8 years now and I never had an issue with malware.If you feel like taking rid of the ads then you'll have to pay a monthly subscription that costs as little as $4 a month and as much as $13-14 a month. Do keep in mind that prices may differ from country to country due to taxes.

Get Hotspot Shield Basic from the Google Play Store 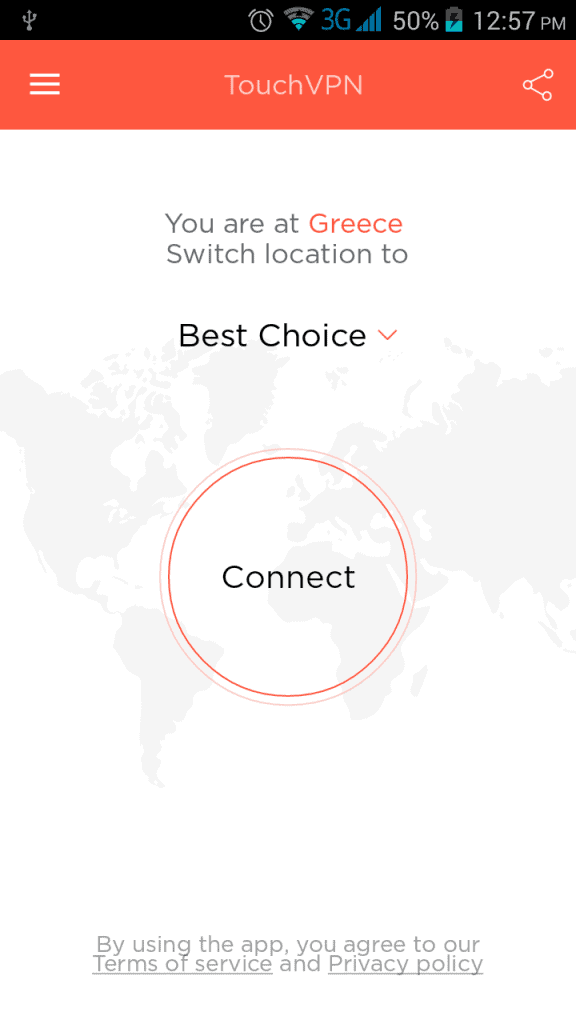 With more than 10 million downloads and an average rating of 4.5/5, I would say that Touch VPN definitely deserves a place as one of the best free VPN. It's free but it also allows you to upgrade to a premium plan if you wish to do so.The offered features are pretty much the standard ones that every VPN offers with the addition of a lock screen. Speaking of the lock screen, I've got to say that I loved it. It features a simple but elegant looking UI and requires a simple slide to unlock. My only complaint is that you'll have to swipe even if someone calls you and I didn't like that. The good thing is that you can disable it from the settings.Upgrading to a premium plan will give you more locations to choose from, a faster connection, an ad-free experience, support, and you'll also be able to link up to 5 devices to that premium account. You can choose to either pay monthly for about 10 bucks or yearly for about $6.5.Using it is extremely simple. All you have to do is launch it, press a button, and you're good to go.

Get Touch VPN from the Google Play Store 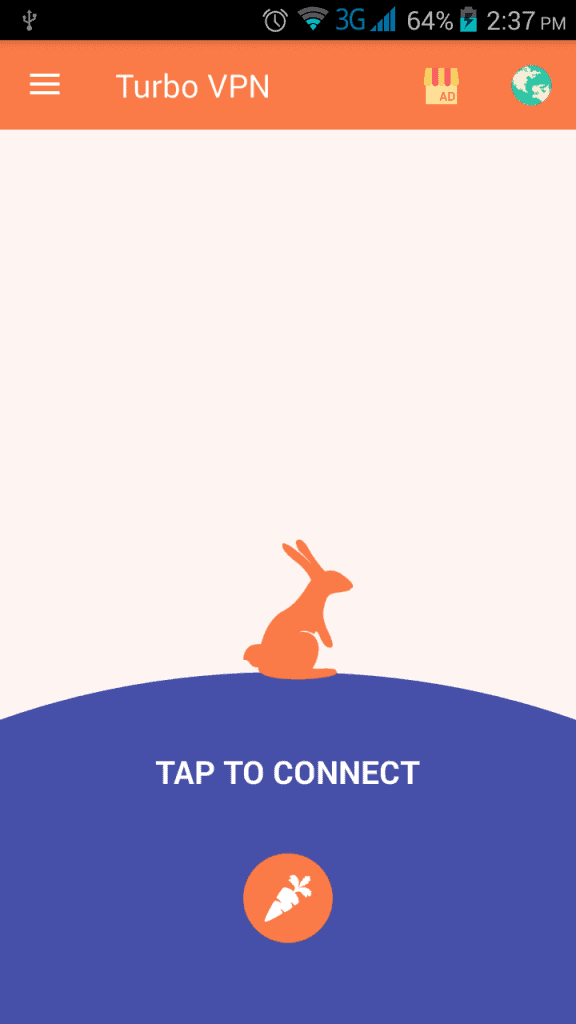 With over 1 million ratings, Turbo VPN has managed to reach an average rating of 4.7/5. If that's not enough to place this as one of the best free unlimited VPN for Android, then I don't know what is. Other than that, it also counts more than 10 million downloads.The free and paid features are exactly the same as those of Touch VPN with the only difference that the monthly subscription costs $13.5 while the yearly subscription $4.0. Now, of course, this is a list of the best free VPN programs and not paid/premium ones. It goes without saying that you can keep on using it for free without paying anything.One thing that I particularly liked about this program is its UI. You can activate the VPN connection with the press of a button and the different available locations are available on the upper right part of the screen. The catchy name is an additional plus for me.

Get Turbo VPN from the Google Play Store 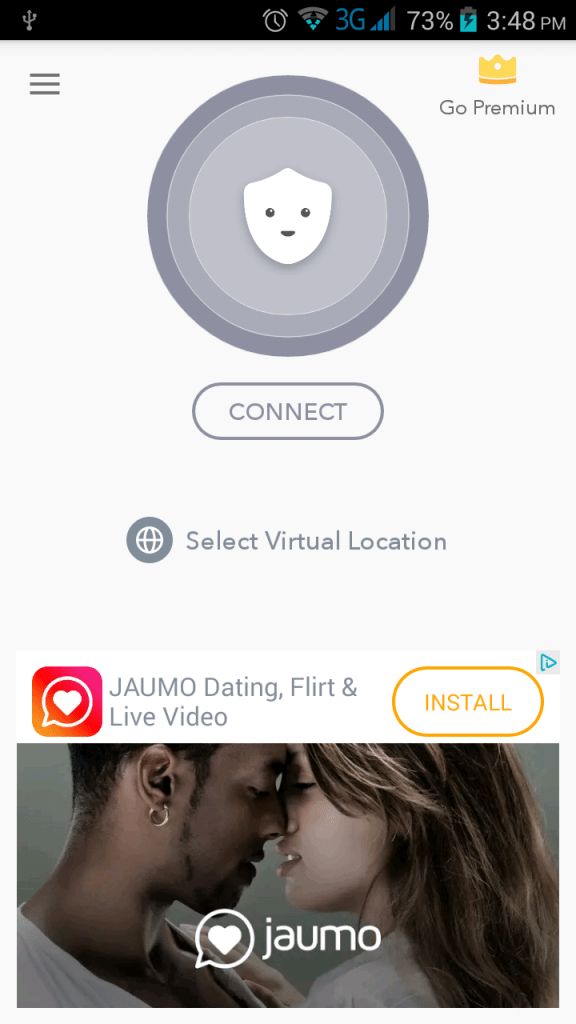 I'm not sure if this is a new VPN cause up till now I had never heard of it. Still, as it turns out, it currently has more than 10 million downloads, an average rating of 4.5/5, and it's completely free to use. Hence why I feel like it fits the list of the best free unlimited VPN for Android.My only complaint is that it regularly bombards you with recommendations to go premium while you open it. Again, it's a completely free app so let's just try to ignore that. Regular advertisements didn't feel too annoying and using it was no harder compared to the previous VPN apps that I mentioned.Feature-wise, it's pretty much the same as the other VPN programs.

Get Betternet from the Google Play Store 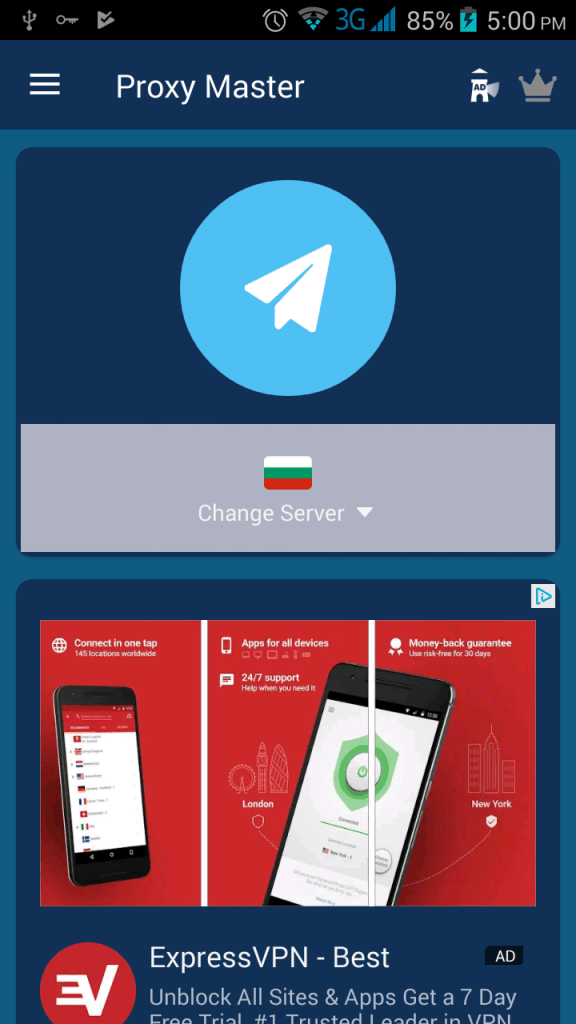 With an average rating of 4.7/5, Proxy Master is as close to perfection as a VPN app can get and it rightfully gets to place as one of the 5 best free unlimited VPN for Android. From what I've noticed, the rare negative reviews were because of the ads.At this point, I want to make something crystal clear. Ads are necessary for free programs. The developers put a lot of time and effort into their programs and they need to earn money somehow. I feel like we shouldn't leave negative reviews on free programs that host ads - are you with me?Back to Proxy Master. It currently counts more than 5 million downloads and more than 83,000 reviews.One thing that I particularly liked about it is how much detail there is when picking a location/server. To be precise, you can see the usage and latency of each individual server. In that way, you'll be able to get a general understanding of what latency and slowdowns to expect before connecting.Feature and usability wise, it doesn't differ too much from the rest of the programs that I mentioned. As a last side note, the premium options on this one are too expensive. Don't even think about it.

Get Proxy Master from the Google Play Store