The most in-demand feature of 2017 was the edge-to-edge display. Pioneered by Samsung on the Galaxy S8, Apple and Essential pushed the concept further with the introduction of notches.Some iPhone X and Essential Phone owners argue the notch isn’t noticeable after a few weeks, but it is undoubtedly a stepping stone towards a fully bezel-less smartphone.That borderless future could be slightly closer to reality if a patent published by WIPO comes to an upcoming Samsung device. In the patent, Samsung demonstrates the possibility of cutting a hole in the display panel with the front-facing camera situated inside. 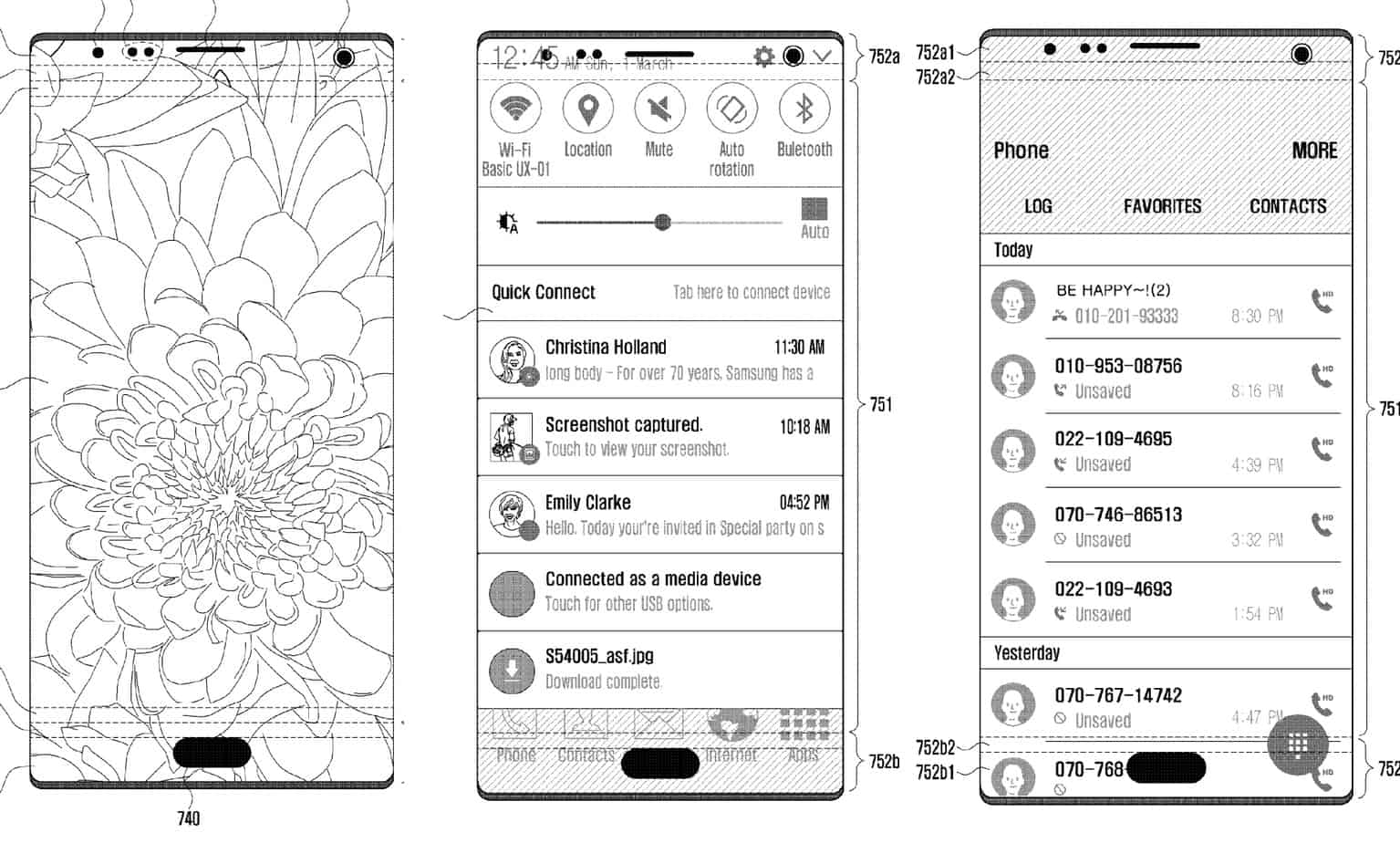 Other sensors, which detect when you take a call, measure light in a room and scan eyes, could also move under the display. The result is similar to what we see on the Essential Phone, but with the screen wrapping completely around the camera and sensor modules.As the fingerprint reader was already moved to the back of the Galaxy S8, this patent could represent the next step towards to a truly edge-to-edge display.The patent diagrams show how the developers may design around the in-display sensors. In one, the user is able to change the screen aspect ratio, moving the display below the sensors on the top and bottom of the device when watching videos. 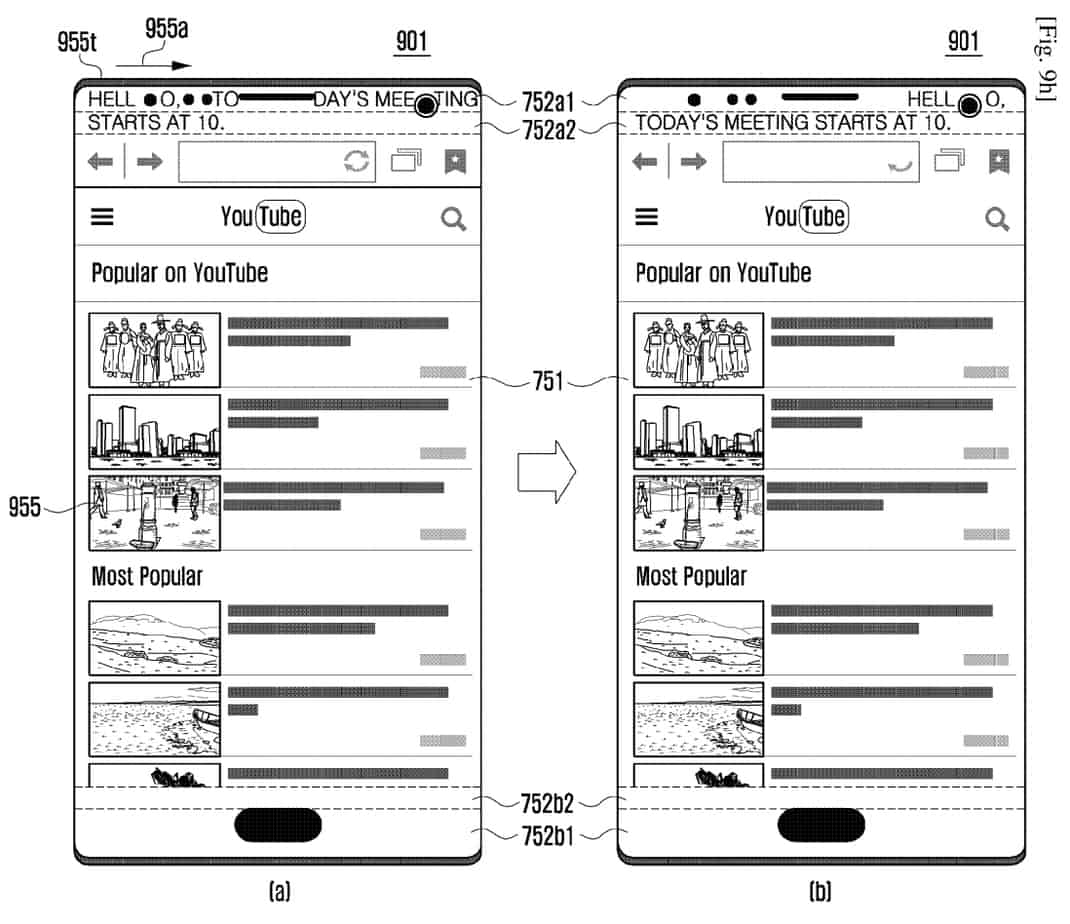 The Galaxy S8 already stretches the screen and S9 leaks suggest Samsung will cut a few extra millimeters off the top and bottom this year. An argument could be made against further cuts, but as with thinness, manufacturers seem confident this is what customers want.Performance of Synaptics' in-display fingerprint reader – which works by allowing light to pass through the thin OLED panel – has not yet matched physical readers, but manufacturers are lining up to test it further. Sensors underneath the screen would likely have similar performance issues, so this hole option could be a short-term solution while the other method is being perfected.Incredibly thin OLED displays, similar to those found on the Galaxy S8 and iPhone X, are essential for in-display sensors to work. Now that a fingerprint reader has been proven to operate through a display, it's likely just a matter of time for before we see the other sensors and cameras moved underneath the screen.

A patent does not confirm whether a feature will make its way to a commercial device. Samsung may run into technical problems or decide the costs are too high.We do not expect this to come to the Galaxy S9; none of the leaks or rumors have hinted at this feature. The Galaxy X is a more likely candidate – Samsung needs some radical features to make it a standout, revolutionary device, as the iPhone X is currently being marketed.Rumors suggest that the Galaxy X will arrive sometime in late 2018. Samsung has reportedly already shown a second prototype with improved folding functionality to guests at CES 2018.