Bluetooth earphones are becoming more and more common these days. Maybe because many phones don't have a headphone jack anymore? In any case, we found a cheap Bluetooth pair for about 20 bucks which we feel like it's worth looking into. Shall we? 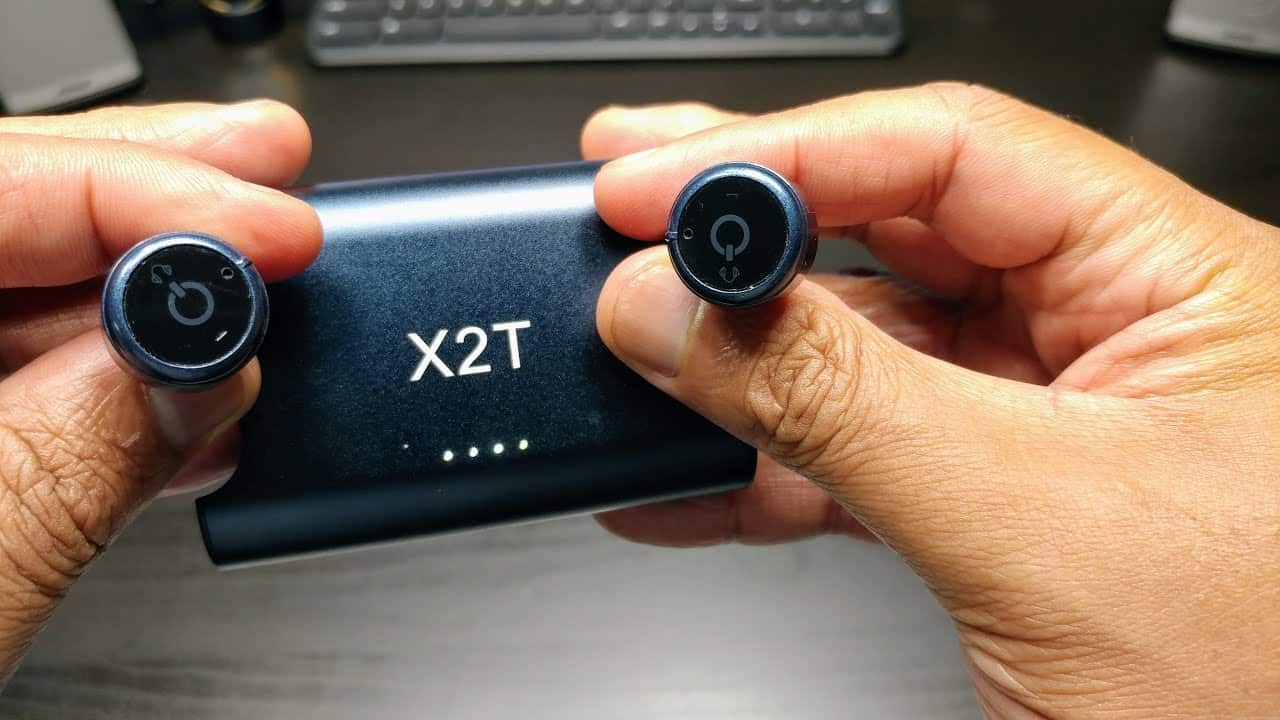 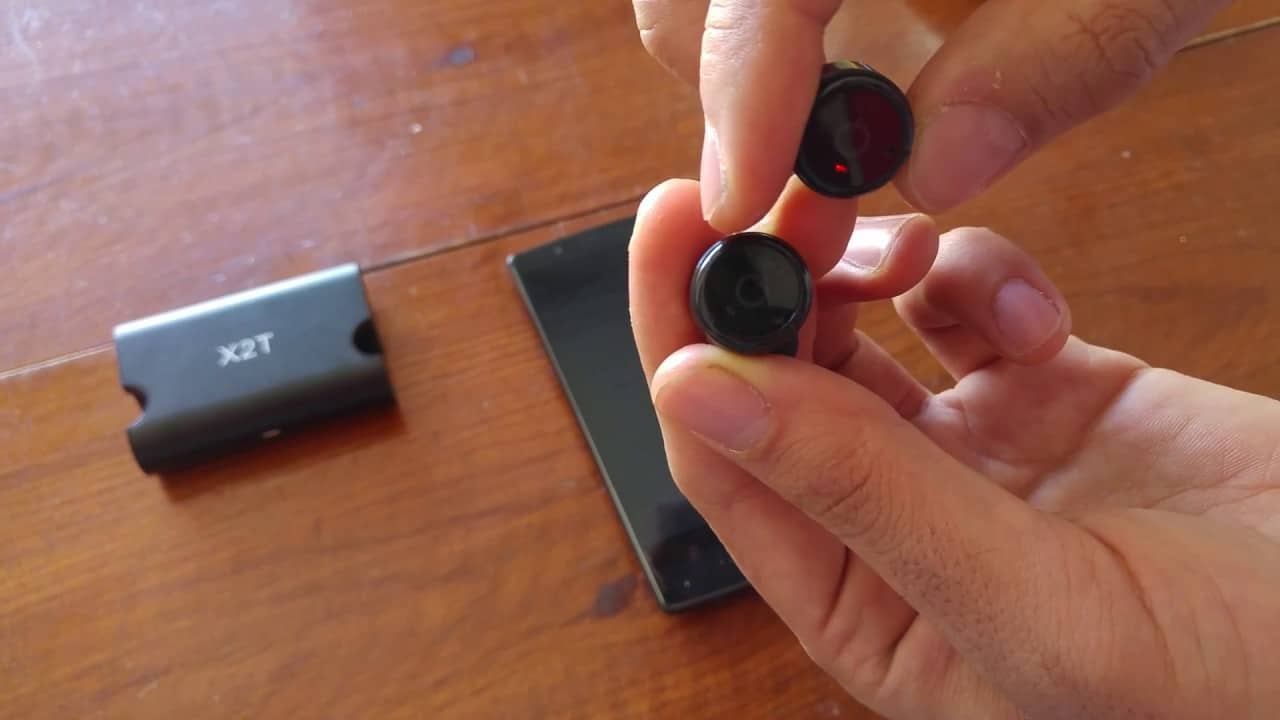 Pairing these Bluetooth earphones is a bit tricky at first, but once you get the hang of it then everything becomes easy. You just need to understand the process.You have the choice of using either only one earphone at a time for talking or both of them at the same time for listening to music.To pair one of the earphones, you need to hold down the power button till it turns On and you keep on holding it down till it until it goes into pairing mode. After that, you can proceed to pair your phone like you normally do with Bluetooth devices. 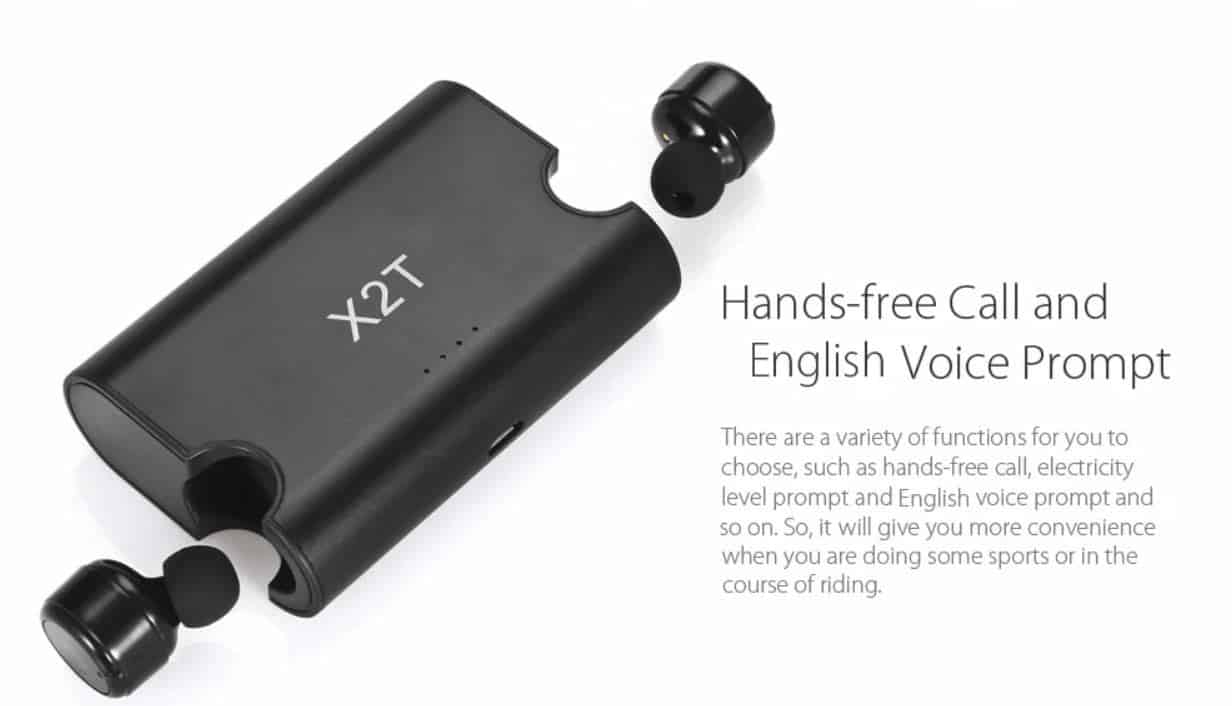 If you wish to use both earphones at the same time, you just keep the paired earphone paired and connected then you proceed to power On the other earphone. The one that's connected to your phone will detect that its "brother" just got turned On and will proceed to connect with it - thus allowing you to use both earphones at once.Overall, you only need to pair one of the Bluetooth earphones and power On the other one if you wish to use two of them. Once the pairing is done then you only need to turn On the earphones and they'll automatically connect with your phone.Though, do keep in mind that must always turn On the earphone that is paired first and then the other one. Or you can just pair both of them so that you won't have to worry about such things.Like we mentioned above, - tricky at first but once you get the hang of it then you won't have any issues.

This is obviously a very important aspect. To be honest, when it comes to audio quality, they are just fine. Really - they won't blow your mind away or anything. 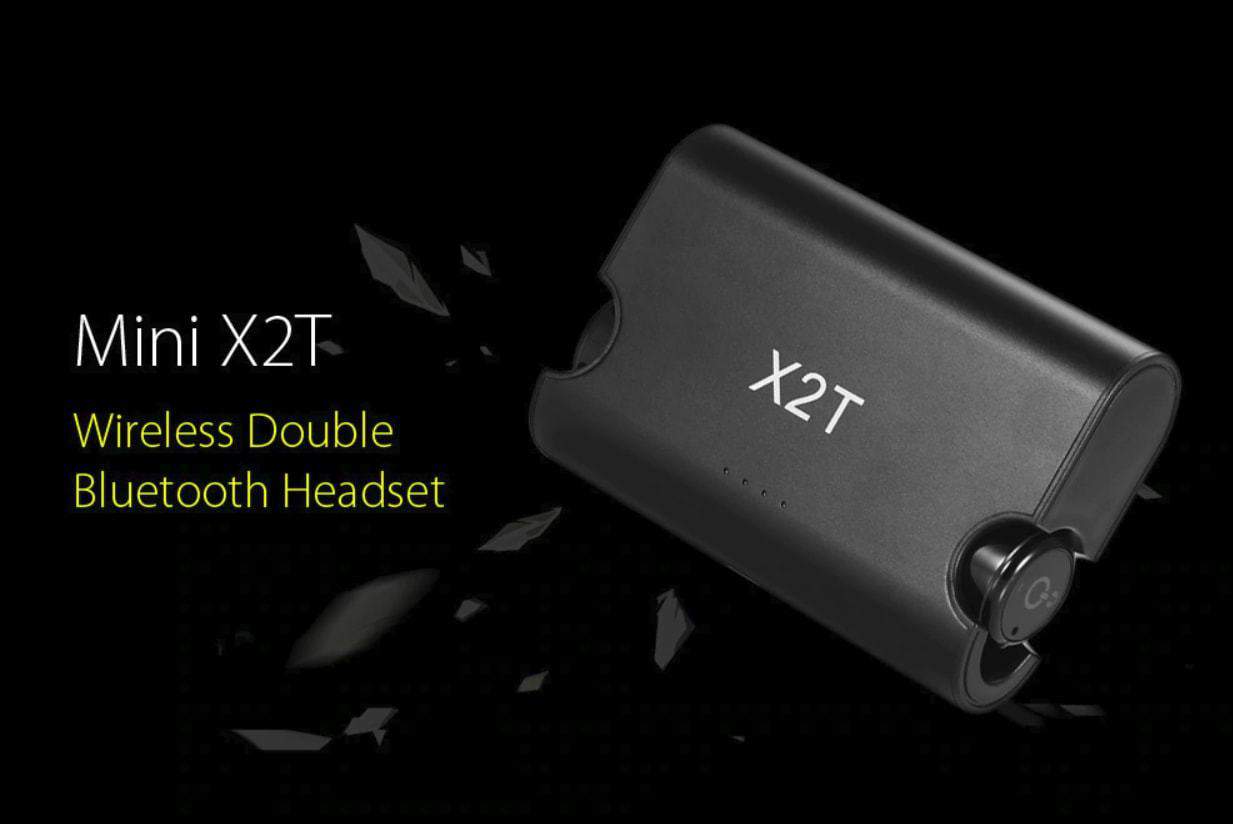 The bass, treble, everything feels a bit mediocre. Not too bad - not too good. When you turn the volume up then quality starts degrading a bit but that's to be expected.Sure, if you're willing to spend more money and get something premium then you'll obviously find something better. However, at about 20 bucks, it's hard to complain about this particular pair.By the way, it goes without saying that watching videos or playing games with those is a bit annoying right? There is a bit of delay between what you are watching on the screen and what you're listening.So, if that's an issue for you, then you'll probably want to stick with regular 3.5mm earphones. Otherwise, you can increase your budget and get something that doesn't suffer as much with audio lag.Overall, audio quality is quite nice for music but the audio lag makes it almost impossible to watch videos or play games.

This is a tricky one. We tried these earphones with 3 different phones and each one of them delivered different results. 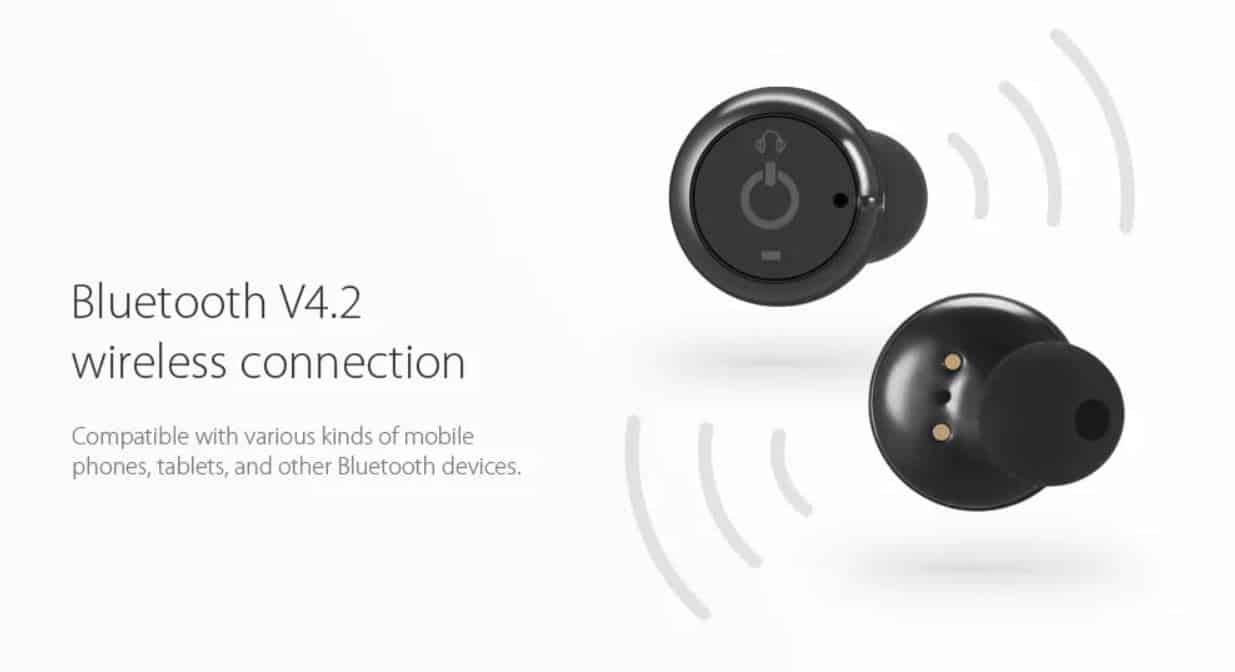 Two of our test devices have Bluetooth 4.0 and one of them has Bluetooth 5.0. We didn't encounter any major issues with our Bluetooth 5.0 device. The connection gets lost momentarily sometimes if we're on the move or if the phone is far away but that's about it.Things get much worse while using a Bluetooth 4.0 device. The range is awful. You can hold the phone very close to your head and even then you'll experience connection issues and also audio quality issues.At first, we blamed the earphones. But, if you consider that the phone with Bluetooth 5.0 actually works fine for the most part, then we can probably draw the conclusion that the phones are mostly to blame.Just, take this information with a grain of salt because it could be that both the Bluetooth earphones and our older smartphones are at fault. In any case, there are no major connectivity issues with a device that supports Bluetooth 5.0 and that's all that matters.After all, most devices nowadays do come out with Bluetooth 5.0. And that includes budget choices as well.Last but not least, while these Bluetooth earphones are advertised as sports friendly, they are really NOT ideal for sports. If you're lucky enough to not lose the connection every few seconds with all that moving, then the earphones will likely fall off your ear as they don't fit all that tightly.Overall, connectivity will depend a lot on your phone and reliability is kinda fine for indoor use but horrible for anything else. 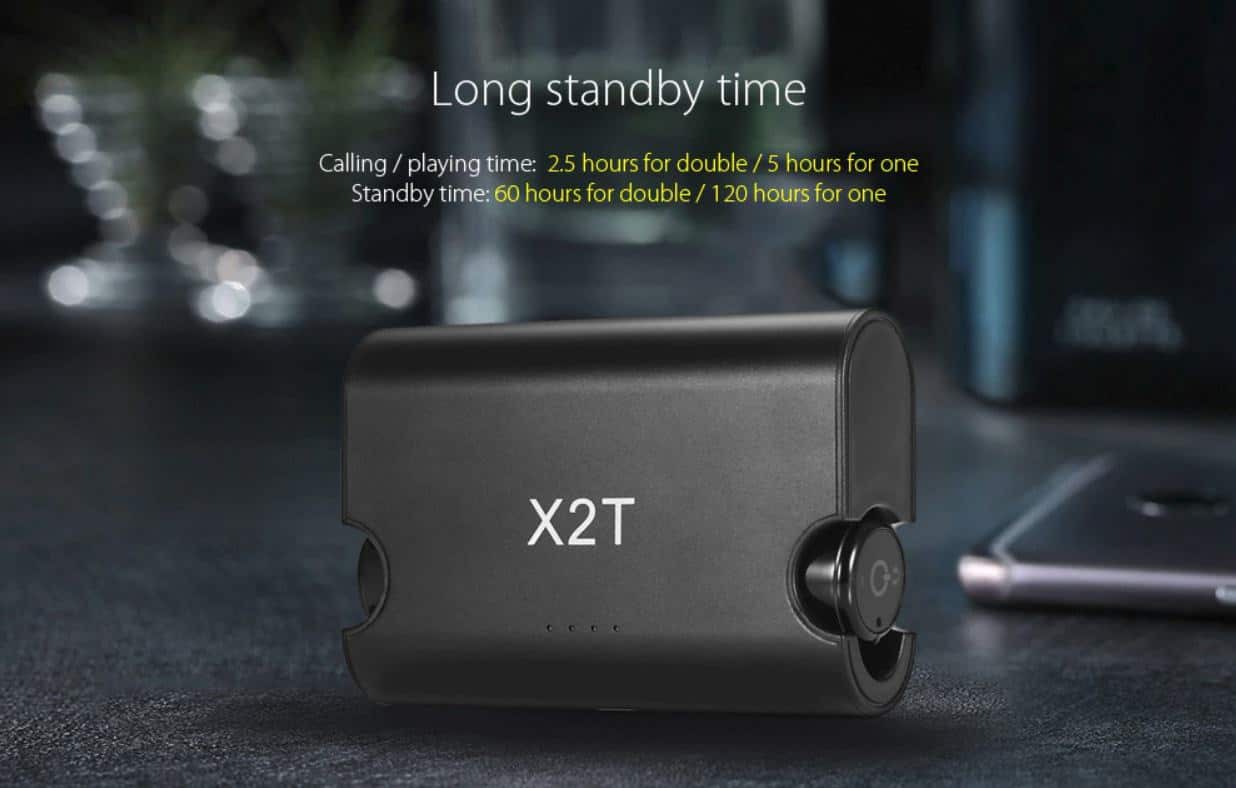 X2T promises to offer 2.5 hours of use for both earphones and 5 hours if you're only using one of them. That seems to be true as we always get at least 2 hours of battery life in real-world usage.You need about an hour to fully charge them. As for the battery, well, chances are that you'll forget that it needs to be charged anyway since it's rather massive compared to the battery that the Blueooth earphones have.Speaking of batteries, the X2Ts have a battery of 85 mAh and the power bank is at 1500 mAh. And don't even think of charging your phone with it. Sorry but it's just not going to work.The truth is that the portable battery does take a while to fully charge. It can take anywhere from a couple of hours to even 8 depending on your power source.But, to be fair, most people use their phone charger anyway which takes about a couple of hours at most. And let's not forget that you won't be charging the battery all that often anyway. 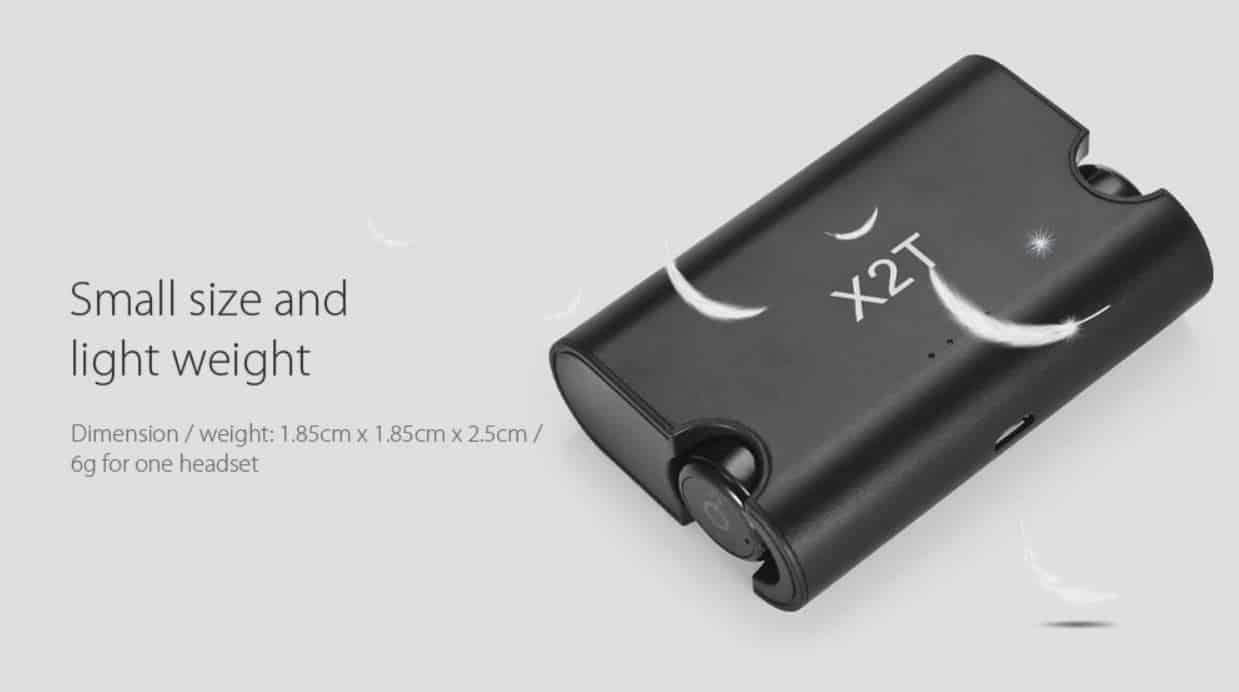 These Bluetooth earphones are rather lightweight - could that be an indication that they lack endurance/quality? Well, we've been using them for the past year or so and they are still working like brand new.So, at the end of the day, chances are that you won't have to worry about them breaking down on you.To conclude, the X2Ts are a good choice primarily if you're on a budget and you only need them for listening to music indoors or on car rides. That's, of course, for as long as you're sitting on the passenger's seat.For everyone else, well, maybe you need to look for alternatives and chances are that you'll have to increase your budget. Because if you want to watch videos with those, then you'll have to deal with audio lag. And if you want to take a walk outside or go for a run with them on, chances are that they'll fall off and that you'll lose them somewhere.

Get the X2T earphones from Gearbest

Feel like we forgot something important? Then let us and everyone else know about it in the comments section down below!Like what you see? Then don't forget to follow us on Facebook and Twitter for the latest news, reviews, listicles, apps, games, devices, and more!