The notch. Some people love it - others hate it. Both parties have a common interest and that is the lack of bezels. So, why is it that we can't have a bezel less smartphone without a notch?Turns out that someone has already done it - that's Vivo with the Vivo Nex. The question is, how does it work? And why is it that other companies haven't adopted this style yet? Well, let's find out! 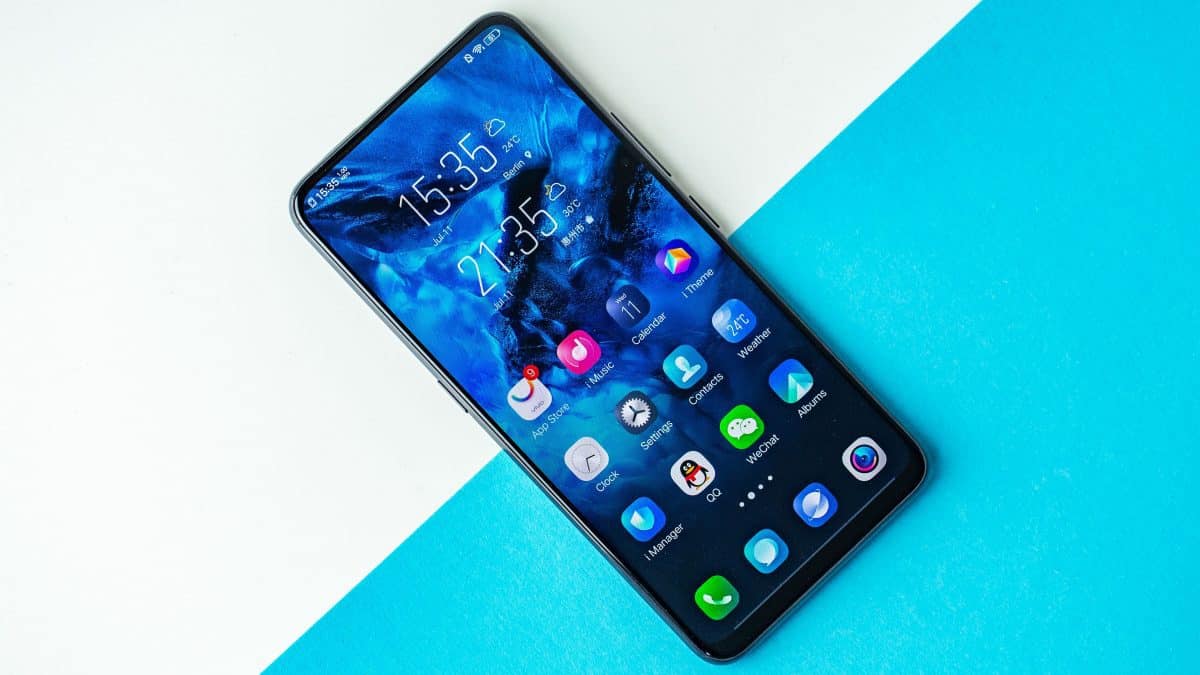 Vivo Nex is an almost bezel less smartphone. Just look at it. On the front view, there's nothing but the screen. The chin is still there, but that doesn't make the device look any worse.It comes with the Snapdragon 845 chipset, 8 gigs of RAM, 128 or 256 gigs of storage, a dual 12+5 MP camera, a huge 4000 mAh battery, and a 6.6 Super AMOLED display. Other than that, there's also the Vivo Nex A variant which is a bit less powerful with 6 gigs of RAM and the Snapdragon 710 chipset instead of the 845.With a concept like this, many questions arise. Where is the earpiece? How do you navigate without touch-screen buttons or capacitive touch buttons? Where is the camera? Where are the sensors? And why is it that the big names, such as Samsung, Apple, and Huawei, still stick with either a notch or a top bezel?Let's answer these questions one by one. First of all, let's start with the selfie camera which is nowhere to be seen. 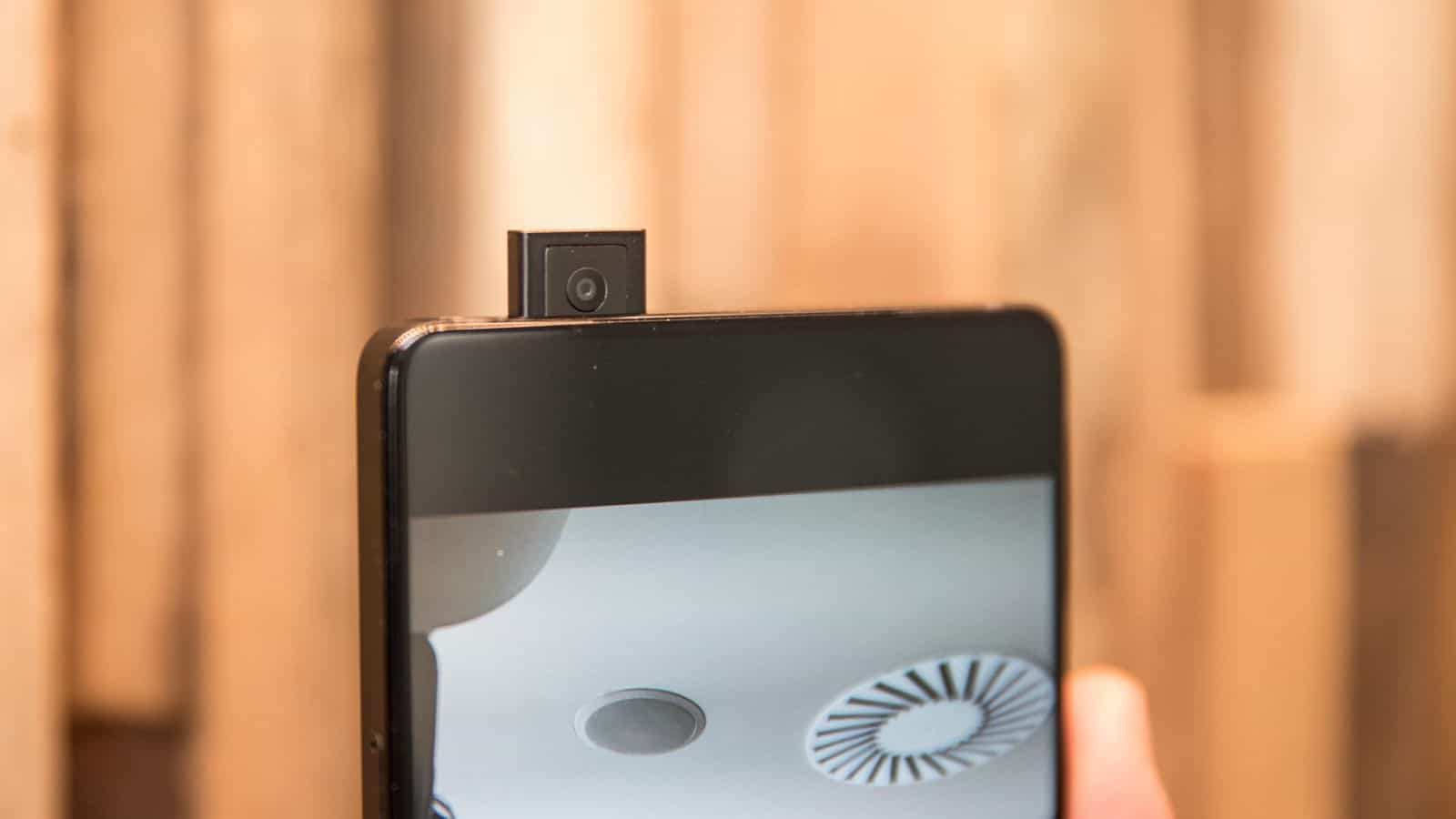 There. You can see it now. The camera is hidden within the body of the smartphone and comes up mechanically when you need it.This is one of the concepts that allow the Vivo Nex to be an almost bezel less smartphone. It's particularly good for those of you who are concerned about privacy. After all, you'll no longer have a camera pointing at you for the biggest part of the day.However, this sort of design also brings up a few worries - and rightfully so. What if this mechanism stops working due to wear? What if we drop our device and that damages the internal mechanism - thus rendering the camera useless?Well, Vivo has listened to our worries and it has answered. The camera of the Vivo Nex has an endurance rating of 50.000 activation times. That's possibly way more than we'll need before ditching our device or before it stops working for another common reason.Furthermore, Vivo has also performed various crash tests and the camera didn't seem to take any damage (that's with the camera being hidden inside).So, there you have it. While the camera may feel strange to use in the beginning, it's surely something that we can get used to and it doesn't seem to be any less endurable than your standard smartphone camera.

So, as you've probably already noticed by now, the Vivo Nex is almost nothing but screen. It doesn't even have on-screen buttons. How can you possibly navigate through the system without any buttons? The answer is gestures.Swiping up from the bottom right side of the screen acts as the back button, the middle as the home button, and the left side brings up the quick actions. If you wanna look at your recent apps, just slide up from the middle and hold there until they come up.

The fingerprint scanner lies behind the screen and also seems to work even when the screen is turned off. As a side note, do keep in mind that it feels a bit slower compared to your average high-end scanner.We can already imagine that lots of people will prefer that over the standard placement of scanners. Because trying to access a scanner that resides next or below of the camera, often leads to the user just pressing on the camera lens.The proximity and lighting sensor are both under the screen as well and they work just as good as what we are used to. And the earpiece? There's nothing like that. Let us explain.The earpiece has been ditched and replaced with another speaker that uses bone-conduction tech so that it can transmit audio through the screen. While that sounds weird, lots of people have reported that they were able to use it without any issues.

The Vivo Nex is a nearly bezel less smartphone that offers a full-display experience without really sacrificing too much. True. Some people may be a little bit disappointed with the slightly slow fingerprint scanner.And it does cost 700-800 bucks - which is obviously a lot. But, other smartphones with the same hardware almost come to the same cost. The Galaxy Note 9 actually costs more than 1000 bucks - although it does have more than 2 times the integrated memory and it also supports microSD.Let's not forget to mention that this smartphone is actually not officially shipped to western countries and is mostly for Asia. You can import it, but there's no guarantee that it'll be compatible with our networks and the China version doesn't even have the Google Play Store.Overall, we consider that this is a reasonably priced smartphone which is a step forward in our current technology.So, why is it that we haven't seen the big names, like Apple and Samsung following on Vivo's path and releasing a truly bezel less smartphone without a notch? This is mostly speculation, bet let's take a look at some of the possible reasons.

While water and dust resistance is becoming more and more of a standard for high-end smartphones, we've yet to see a bezel less smartphone that offers something like that. Sure, there is splash resistance but they are just not as waterproof and safe as other smartphones.The reason for that is the mechanical parts that are needed to lift up the camera. It's hard to make a phone with moving mechanical parts water and dust resistant. Not sure if it's even possible, to be honest. Guess that only time will tell.So, that's one possible reason for other manufacturers to stay away from this bezel less design. Especially the big names that are risking a lot. To them, maybe this sacrifice is just not worth it.

The whole design for a bezel less smartphone seems to be a bit more expensive than your average device. And speaking of money, most of us can agree that high-end smartphones are already expensive enough.

Looking back at the Vivo Nex, about 800 bucks for 128 gigs of storage with no microSD card support can be a deal breaker for some people. If you're willing to sacrifice extra storage for a bezel less smartphone then that's obviously not an issue. But, say that to smartphone manufacturers. 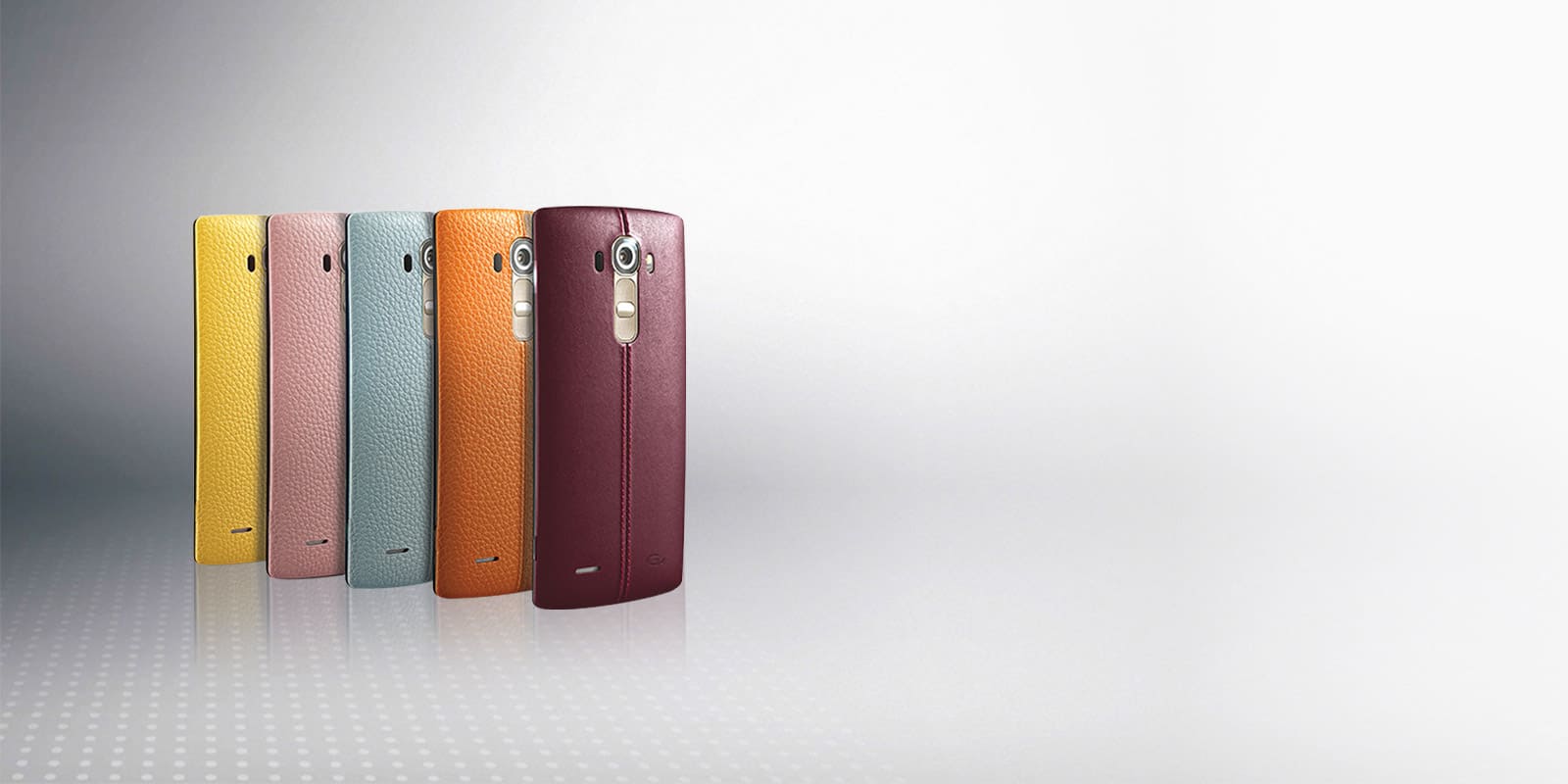 Making a case for devices with moving parts can be a bit of a pain. Not to mention that an all-screen display won't be able to use a traditional case because it'll simply have no bezel to grab on to.We can guess that people and manufacturers take that into account when thinking of a bezel less smartphone. Cause, really, most of us seem to be using a protective case just to be safe.Other than that, there's also the durability aspect. As we mentioned above with the whole camera thing, mechanical parts have a limited lifespan. And although Vivo has assured us that nothing will break for years to come, people can't help but worry about such things.So, there you have it. This is an early look at how a bezel less smartphone can look and what we can possibly expect to see in the nearby future.However, considering the issues that we mentioned above, there is also the chance that we'll never see the bezel less design becoming the norm. Who knows?Like what you see? Then don't forget to follow us on Facebook and Twitter for the latest Android news and more like this!