Not too long ago we checked out the GameSir G3s - a multiplatform gaming controller that works with both Android and PC. Frankly speaking, for what you pay, it is quite nice. So, how about the new GameSir G4s? Is it any better? Well, let's find out! 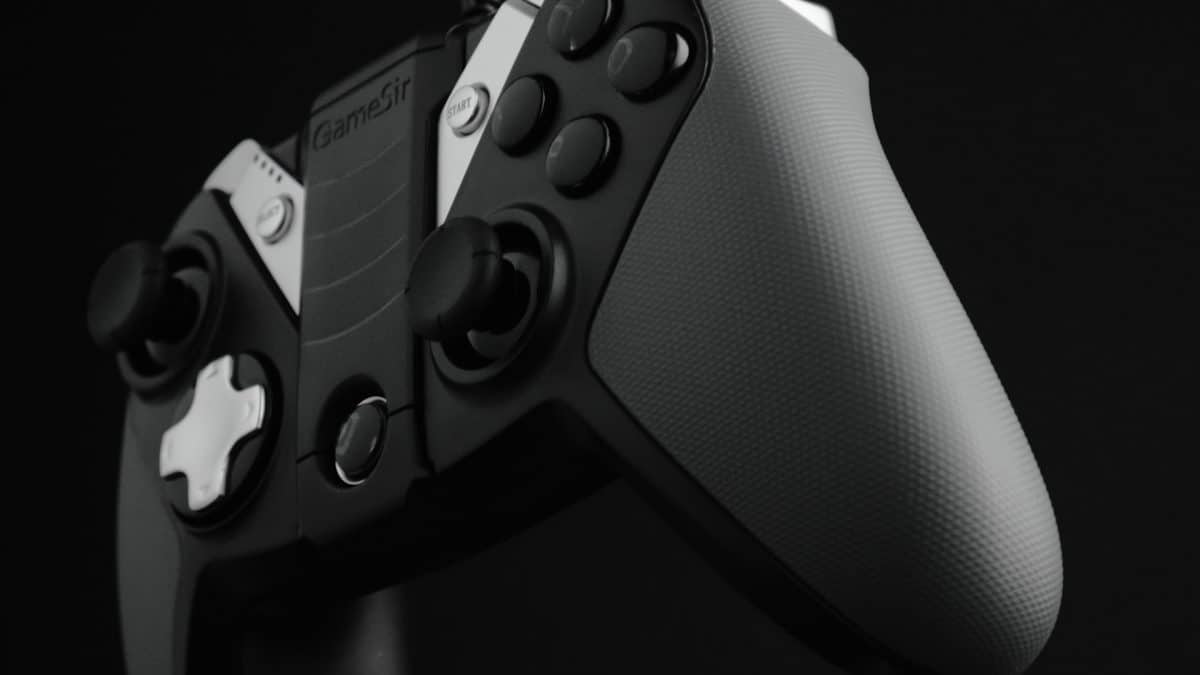 Look at this. Isn't it just beautiful? We've barely even started and we're already off to a good start. At least on the looks department, the G4s looks better in every single way. Of course, opinions may vary on that subject.Design wise, the GameSir G4s is superior to the 3s in pretty much every single way. No doubt about it. Grip, portability, ease of use, everything is just an improvement.First of all, the gamepad now has a dedicated slot for storing and transferring the wireless PC dongle. So, chances are that this time, you won't have to worry about losing your dongle all that much.The overall button mapping resembles the Xbox controllers even more as the left stick has been moved to the upper left side. Whether this is a good thing or not is totally subjective.By the way, the rubber that you can see is not only for the looks but for usability as well. It provides more grip and it also gives a very premium and smooth feel.The phone bracket/arm is now included in the gamepad, with the gamepad. Because that plastic piece in the middle of the controller turns into a phone bracket once you lift it up - isn't that cool or what?Also, under that bracket, you'll find two extra buttons - the Turbo and Clear. 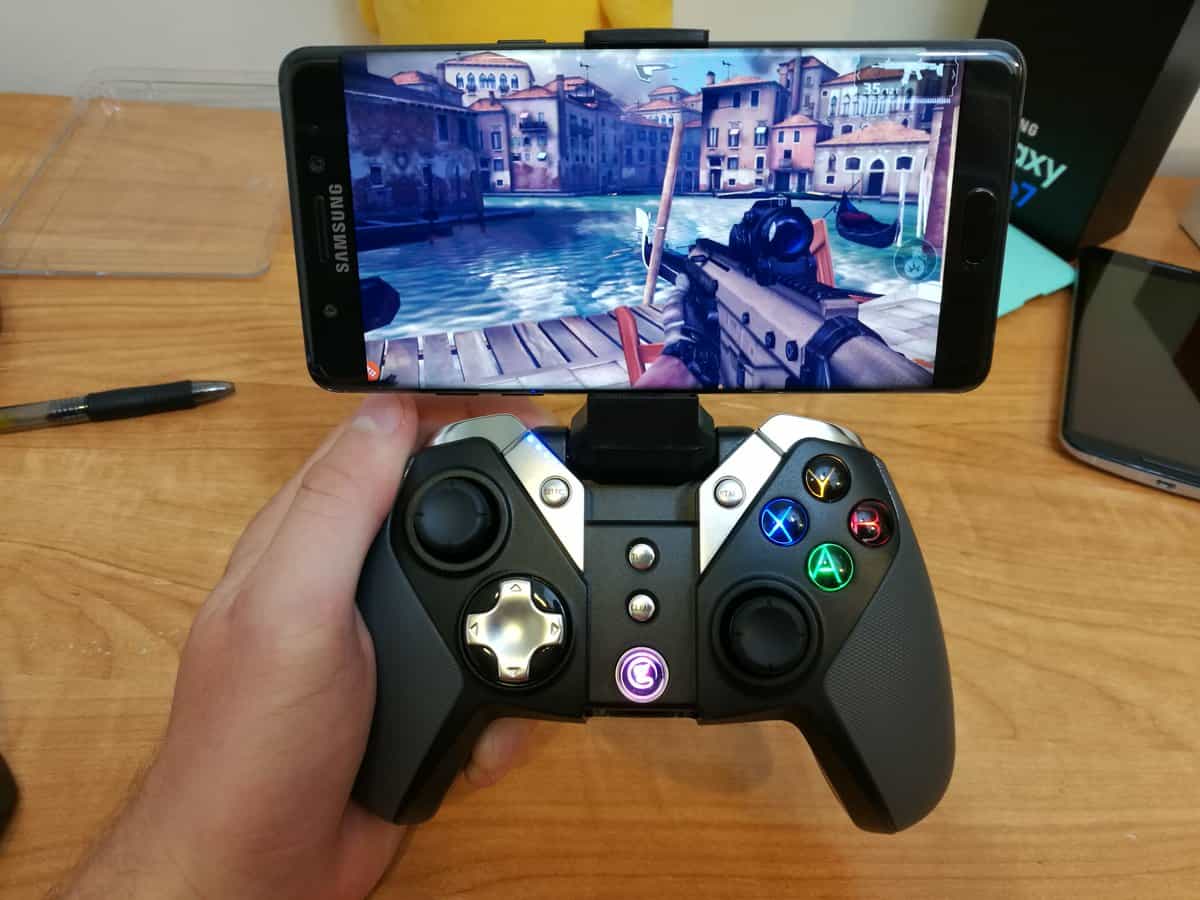 When it comes to lighting, things haven't changed all that much. One positive change is that while pairing, it's only the small middle LED that flashes and not all of the buttons at the same time.Other than that, we now also have 4 LED indicators which display how much battery there is left. Of course, that's something that the G3s didn't have. The older model simply started flashing all of the buttons once the battery was running low.You can't see it in the picture above, but this time, there are no extra LEDs to show you where the gamepad is connected. Instead, the middle button changes color according to the device.For an example, if you're connected to an Android device, the home button will turn Green. If you're connected to a Windows device, the home button will turn blue - you get it.Overall, this is a much better design. It looks cleaner, more beautiful, less distracting, and the battery percentage meter is a welcome addition as well. 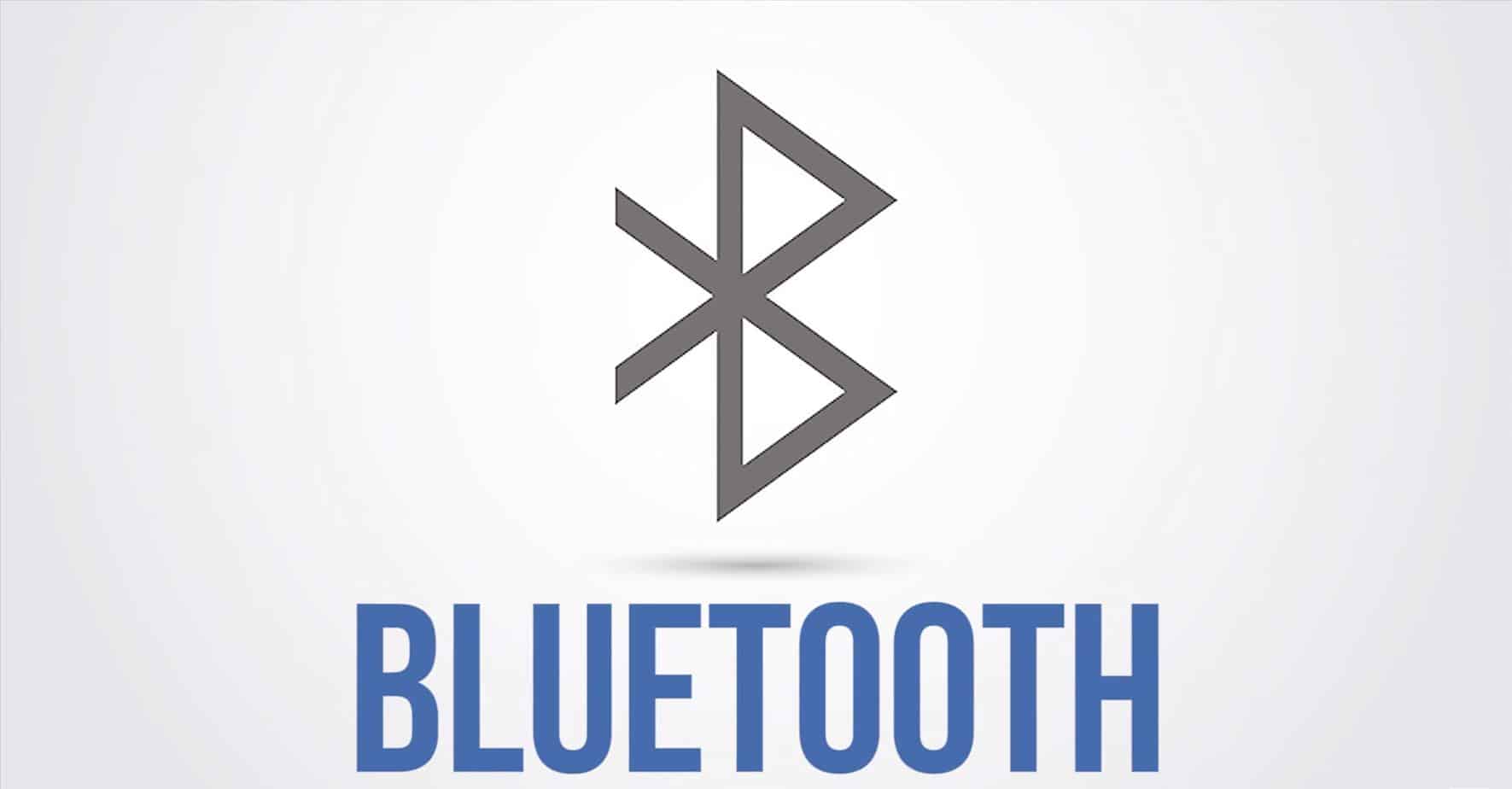 You mainly have three options for connecting the GameSir G4s to a device: Bluetooth connectivity can only be used with Android smartphones and TV Boxes that come with at least Bluetooth 4.0. For everything else, you need to use either the 2.4 GHz dongle for a wireless connection or the USB cable for a wired connection. Do keep in mind that the wired connection works with every single supported platform - but more on that later.Wireless connectivity is just as good as with the G3s - if not better. We rarely see any negative reviews regarding the connectivity of the GameSir G4s which means that maybe they finally fixed their dongle.With that being said, we've never had any connectivity issues with the G3s either and you know that we've been using it for a while now. It's just that some reviews did mention connection reliability issues and that could be true for long distances. In any case, we haven't seen too much of that with the GameSir G4s.

The battery life of the GameSir G3s was already great, but the G4s is even better. Instead of 600 mAh, this one now has a battery of 800 mAh and it should generally last you about 18 hours. 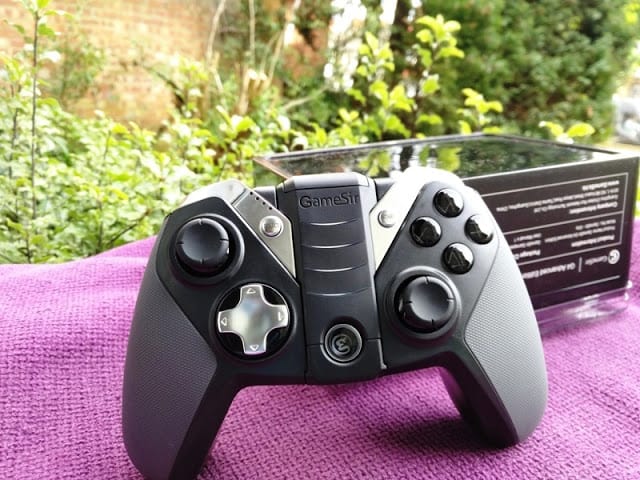 Again, battery life will be affected by the LEDs and the controller vibrations. So, if you want to get as much battery life as you can, then you better turn everything off.Though, with that being said, 18 hours on a single charge is definitely overkill. The average gaming session usually doesn't last more than a couple of hours. So, we don't see an issue with keeping everything On and then charging the gamepad every second or third day.But, do keep in mind that the more often that you charge a device, the more often that its battery will wear out. We've previously talked about that on our battery life saving tips with smartphones and other gadgets/accessories like the GameSir G4s are not an exception to that rule.

The GameSir G4s officially supports Android, Windows, PS3, and even Samsung Gear VR. But, this time, no mention of iOS is anywhere to be found.If you own an iOS device and want this gamepad, then you can maybe give it a try with the Happy Chick emulator but results are not guaranteed. So, try it at your own risk.Android officially supports it which means that you can just pair your device, launch a game with controller support, and you're all set. Windows and PS3 are also officially supported but you need to use the dongle as Bluetooth connectivity won't cut it in this case.While we're at it, GameSir, what the hell were you thinking? We understand that the G3s came out a while ago and that's why it supports PS3 instead of PS4. But, what's up with this newer model?The PS3 console came out more than a decade ago. The vast majority of console users have already upgraded to the current gen - maybe you should do the same with your gamepads.But, what do we know? It may be some technical limitation that doesn't allow multi-platform controllers to work with the PS4. In any case, next time around, we'd like to see support for the current gen consoles.Let's not forget to mention that the pairing process hasn't changed. You just hold the home button and the A button to connect on Android devices, Home + X for Windows, etc. 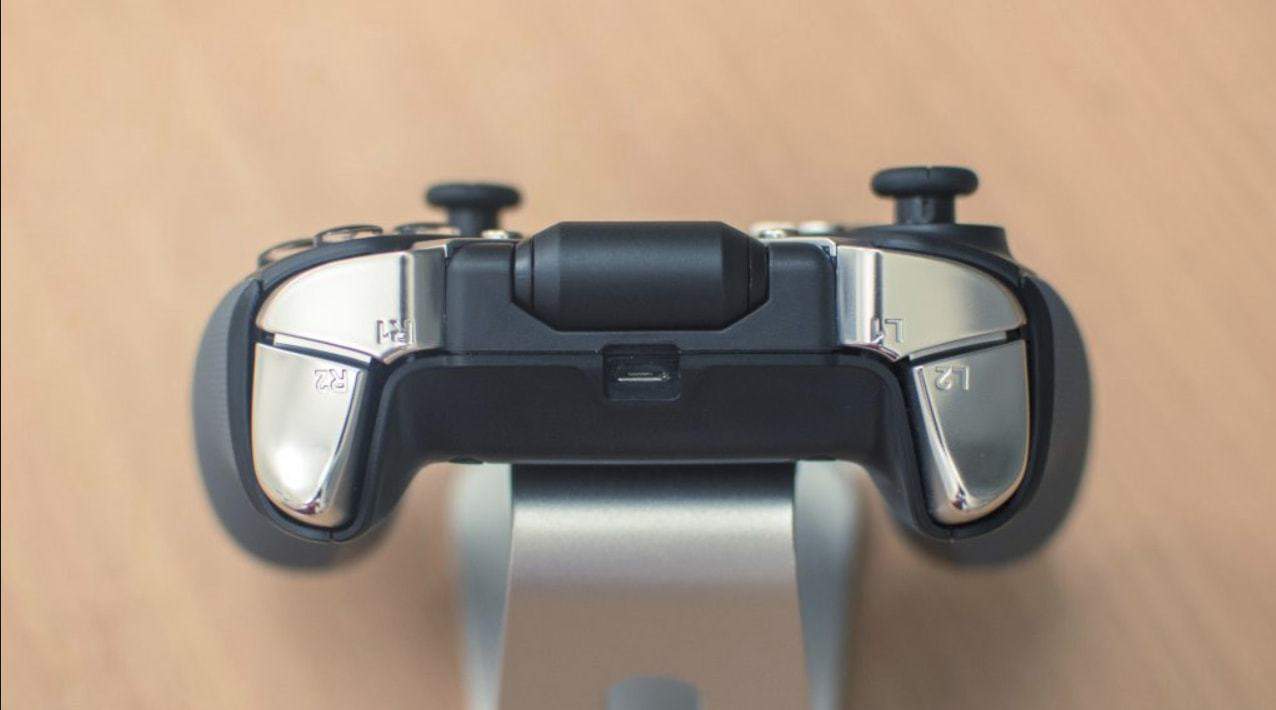 The GameSir G4s is very sturdy and very well built. The small delay while playing wirelessly is still there. But, again, it's nothing that will ruin your experience - especially if you're a casual gamer. For competitive gameplay, a wired connection is recommended.Speaking of casual and competitive gaming, a small complaint that competitive gamers had with the G3s was the small amount of deadzone on the analog sticks. Thankfully, there's none of that in the G4s now. Literally no deadzone at all.And that's great if you wish to play shooters or racing simulators with this controller cause you get much more precision and sensitivity control.By the way, that's precisely why we never review dirt cheap controllers. They often have a lot of deadzone space and their stick sensitivity is just trash.It's the exact same thing with budget smartphones all over again. You're better off spending a little bit more and getting something valuable than trying to save your money only to waste it on something that's horrible. In any case - back to the review!While the overall endurance of the G3s is superb, (it's still working like brand new after hundreds of hours of gameplay) the G4s does fall short on certain points.For an example, some people have mentioned that the rubber grip does come off a little after a few months of use. Obviously, you can just glue it back on but that's a bit ridiculous for a relatively high-priced gamepad.The good thing is there are no issues with the buttons, LEDs, and the phone holder/bracket - which is everything that really matters. If you don't abuse it, your GameSir G4s will keep on working for a very long time.

Pricing, availability, side notes, and conclusion

You can find the GameSir G4s in online shops for about 43 bucks. If you live in the USA, then you're probably better off getting it from Amazon to avoid paying import taxes and fees.For Europeans and pretty much the rest of the world, you can check out Gearbest and look for a warehouse option that's in your country for the exact same reason. If that doesn't work out for you either, then your last resort is Ebay.If you can't find it locally no matter what, then you'll have to import it from somewhere. In that case, depending on your country, you may have to pay import charges and fees.As a side note, when the GameSir G4s first came out, lots of people mentioned issues with the LED battery indicator and even issues with the trigger buttons. But, as of lately, we've yet to see anything like that.So, hopefully, GameSir has now fixed all of these issues and you can get your gamepad without having to worry about receiving a faulty version.Overall, the GameSir G4s seems like a solid choice. It's very well built and you can use it with both your computer and Android device. If you're not familiar with online shopping then you may find it difficult to get your hands on one. But, the trouble may be worth it.Feel like we forgot something important? Then please let us and everyone else know about it in the comments section down below!Like what you see? Then don't forget to follow us on Facebook and Twitter for the latest news, reviews, listicles, apps, games, devices, how-to guides, and more!