The year is 2018. Our smartphones have powerful processors, gigabytes of RAM, more than a terabyte of storage, wonderful displays, and cameras, yet we still can't get more than a day or two of battery life. Why? Well, let's find out! 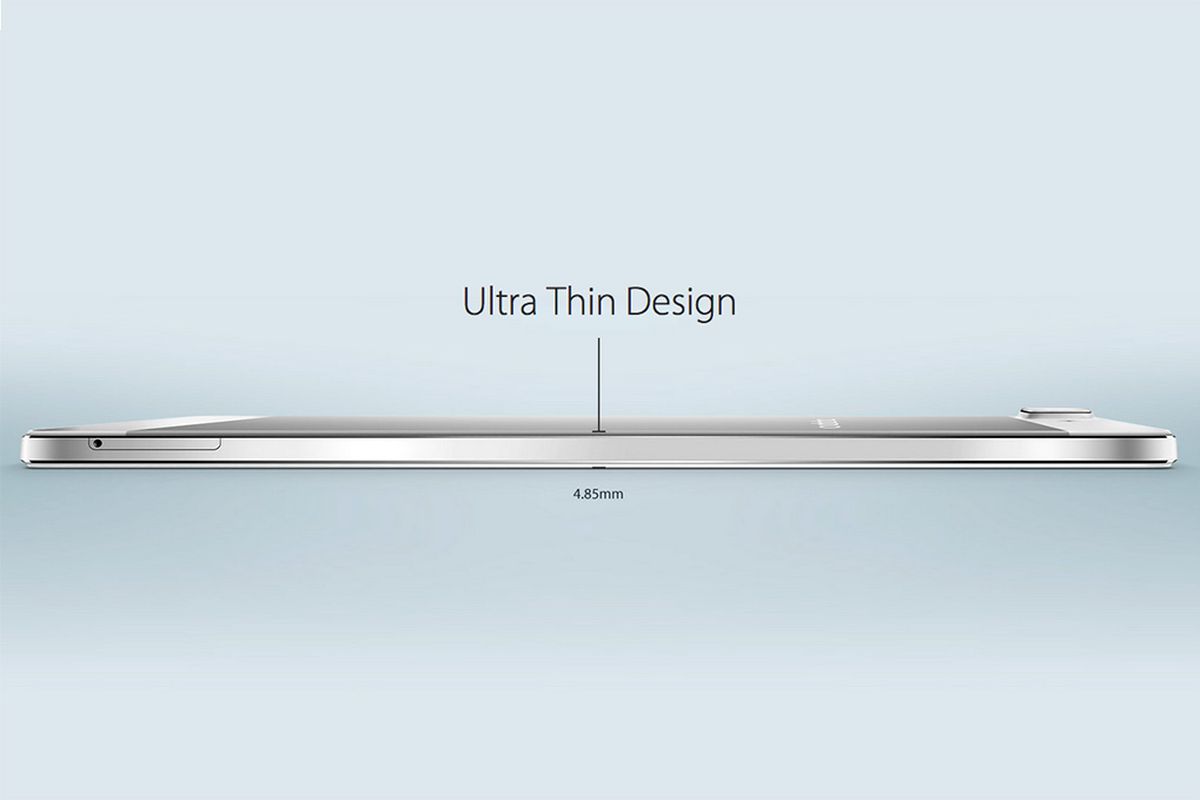 It goes without saying that a bigger battery will be bulkier in size as well. At the moment, if we want bigger batteries, then chances are that we'll have to sacrifice thinness. Most manufacturers seem to greatly dislike this idea.In fact, you'll often see brands advertising how thin their smartphones are without paying as much attention to the battery. The above image is a good example of this. Thankfully, at least Samsung decided to include a 4000 mAh battery on its Note 9.Exceptions to the thin smartphone = small battery have been seen numerous times. One of them is the Lenovo P2 which had a huge 5100 mAh battery without sacrificing too much on style and size.

However, let's not forget that this is not easy to achieve. Surely it's possible, but not easy. And if you're not careful with such things, accidents can happen. Just take the Note 7 as an example.Now, we're not saying that trying to make bigger batteries into smaller packages will make them explode. We're just saying that it's a very delicate matter that manufacturers take into account.Other than that, bigger batteries are also heavier - which can be an issue. After all, we all love our lightweight devices.

Over the past decade, we've seen huge improvements in phone batteries. We went from 1000 mAh batteries to 5000 mAh batteries and even bigger in some cases.All of that happened without us increasing the physical size of our batteries too much. Switching from nickel-cadmium to Lithium-ion probably helped a lot with that. And despite all of that, our battery life is still kinda bad. Why?Well, the problem is that the rest of our phone's components are advancing much faster compared to our batteries. Just a few years ago, we still had smartphones with 600 MHz single-core processors, less than a gig of RAM, 3-inch screens at a resolution of less than 720P, 3-megapixel cameras, and in overall, just horrible specs compared to our today's technology.Actually, you can forget about the faster processors and everything. The screens on their own are making a huge impact in battery life - mostly because of how much bigger they are and how much difference there is in the screen resolution.You can see a great example of this in the LG G3. It was one of the first smartphones to come with a QHD display. Other smartphones with similar batteries could easily get a day of battery life but the LG G3 struggled a bit due to its power-hungry display.Overall, compared to the rest of our components, the technological advancements in batteries are still lagging behind. 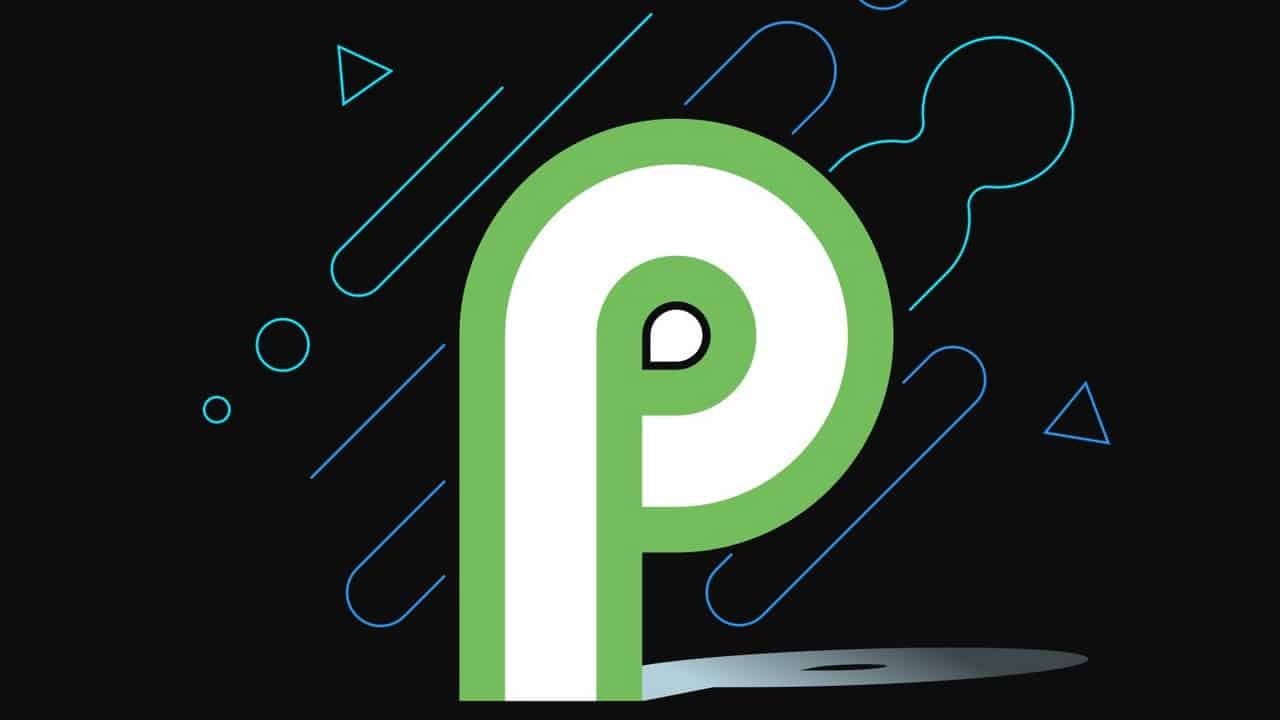 Once upon a time, phones were only used for making and receiving calls. Some of them also had a 0.3 MP camera - and ironically enough - most of us couldn't afford them.However, things are much different now. A phone is used for browsing the web, receiving live notifications from various sources, and much more.Both our hardware and software is made so that we'll be able to use our smartphone as a multitool. The big drawback to that is that the more things that you'll be able to do at once, the more power that your phone will use - thus killing your battery life.It obviously doesn't make sense to ditch Android for a 'simpler' OS just to save on battery life. Cause in that way, you'll be crippling your device.All we can do is wait for Google to further optimize Android. Speaking of which, we've already started seeing small improvements in battery life thanks to the latest version of Android.Now, of course, there are some things that we can do with our OS to further increase our battery life. But, more on that later on. 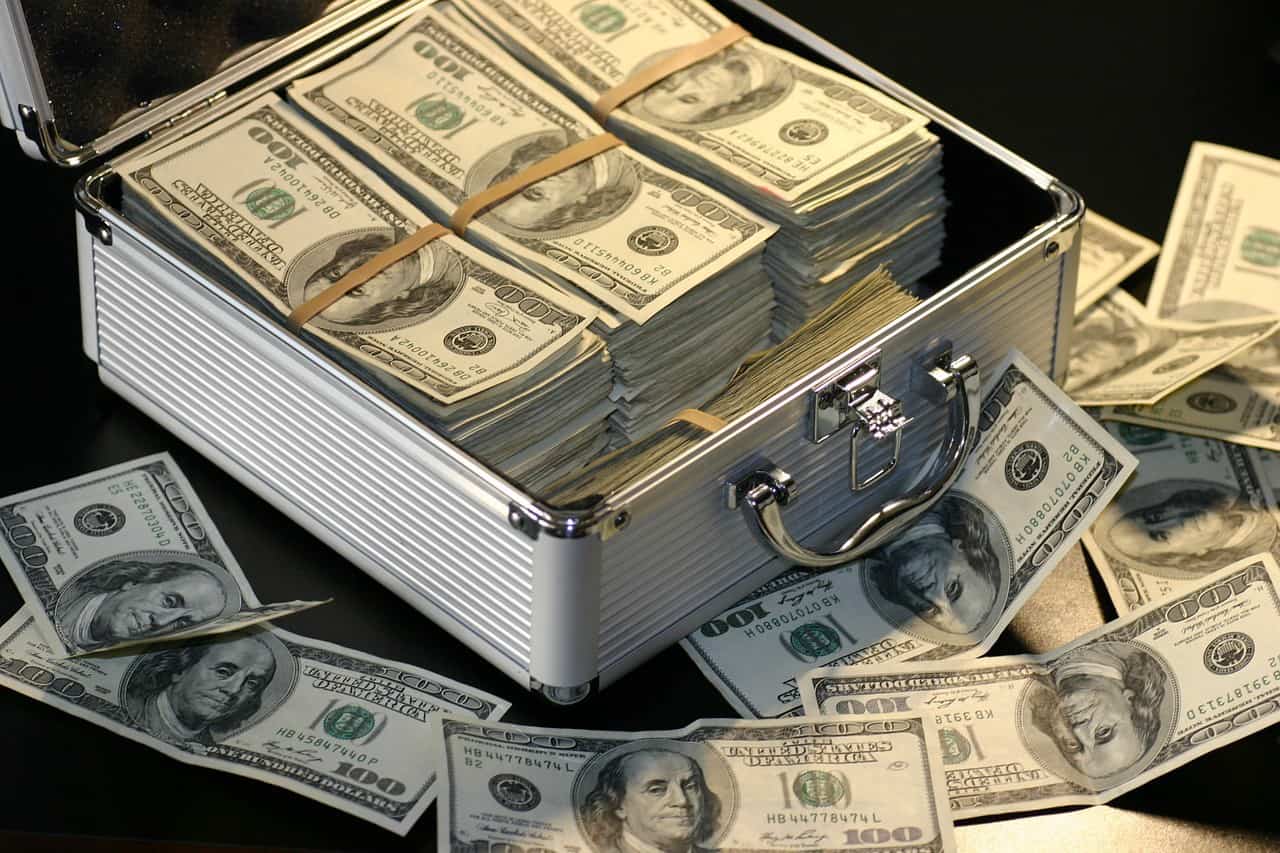 This is obviously not as big of an issue compared to everything else that we've seen till now. But, it still remains a small issue.Smartphones are already insanely expensive. The Galaxy Note 9 which was announced a few days ago costs more than a thousand bucks.The last thing that anyone would want is to spend extra money on already expensive smartphones. Manufacturers keep that in mind at all times. Well, most of them at least - looking at you - Apple.However, let us just admit that most of us would do anything for a decent phone battery. Even if that means spending a bit more money.So, those are some of the biggest reasons as to why our battery life still sucks. The question is, can we do anything about it? Well, let's find out! 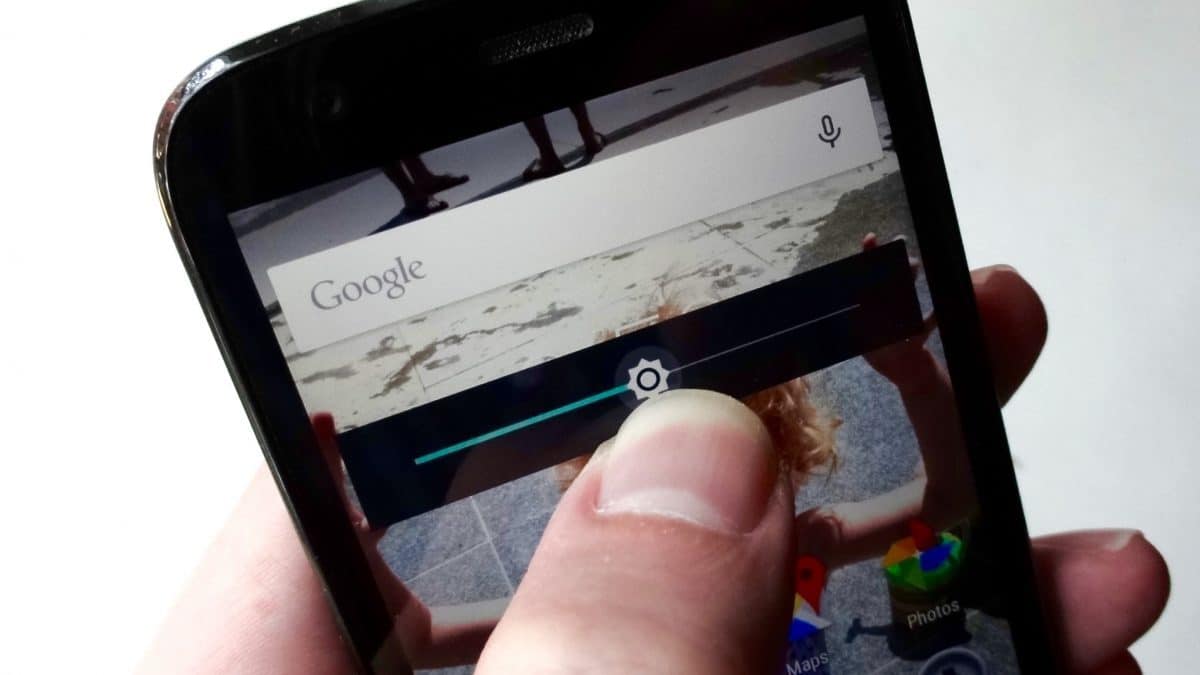 Quite simple. The lower your brightness level, the more battery that you'll be able to save in the long run.So, whenever you can, turn down the brightness level. Most people, including us, prefer doing that indoors or under lower lighting conditions where it's easier to see.

2. Take it easy with multitasking

Nowadays, our smartphones have multiple gigs of RAM and decent processors. This allows for a lot of multitasking. However, running a lot of apps simultaneously hurts your battery life as well.Try to limit the number of apps that are running in the background. If you don't need one, then you can close it.You can take things one step further by uninstalling apps that you don't need. In that way, you can make sure that for the most part, no junk will be occupying your CPU and battery in the background.

3. Turn off Wi-Fi and Bluetooth whenever you don't need them 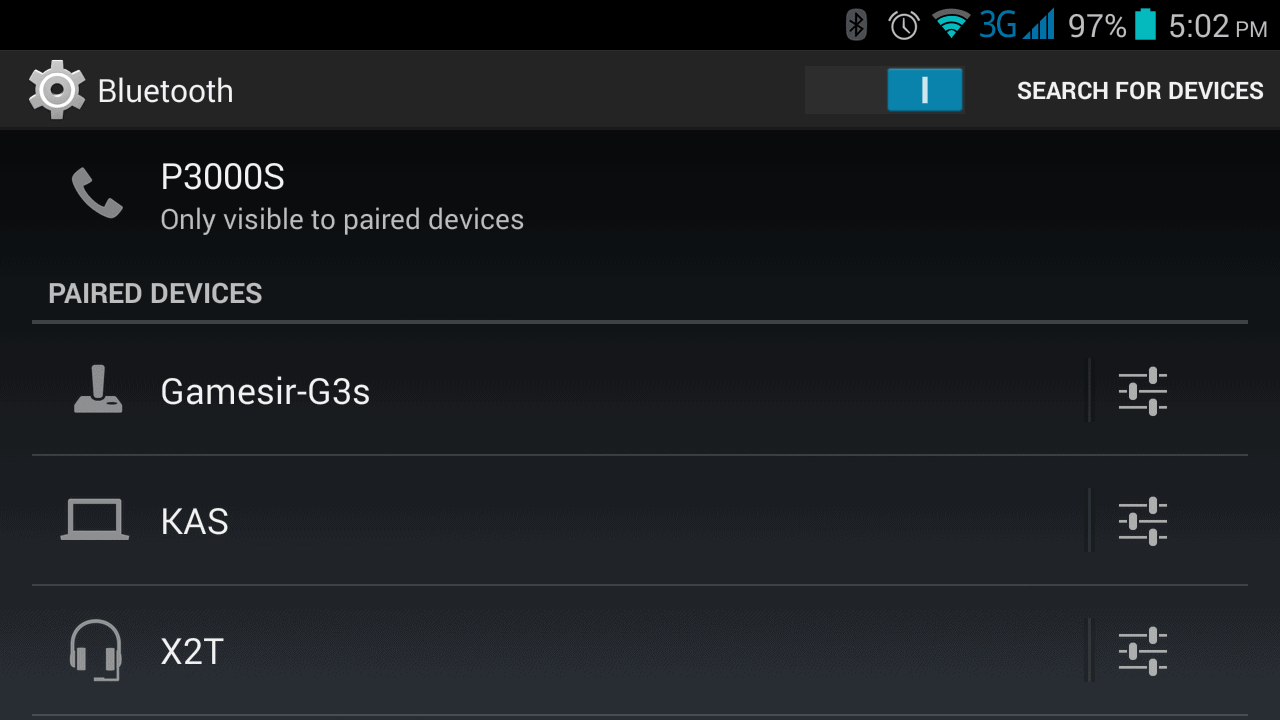 Wireless features like Bluetooth and Wi-Fi are also a bit power hungry. So, when you don't need them, turn them off.

For most of us, live notifications are a bit part of our everyday lives. Receiving emails, social media messages, notifications, etc.However, there are also people who don't care about live notifications. If you're one of these people, then consider turning them off since that will also save you a bit of battery.

5. Let the smartphone manufacturers know that we want bigger batteries

Are you alright with sacrificing thinness for a bigger battery? Willing to spend a bit more for it as well? Then say it!Go out in the forums and let hell brake loose. Share this article. Let the manufacturers know what we truly want. They should eventually understand that there is more profit to be made with bigger batteries - they get more money and we get bigger batteries. It's a win-win situation.We understand how some of these tips are very obvious for certain people. However, do keep in mind that not everyone is that tech-savvy.A big part of the world population now has a smartphone. It's natural that a small part of it won't know the basics of battery saving or basic stuff in general.So, do you think that we missed something important? Then let us and the whole world know down in the comments below.Like what you see? Then don't forget to follow us on Facebook and Twitter for the latest news and more like this!