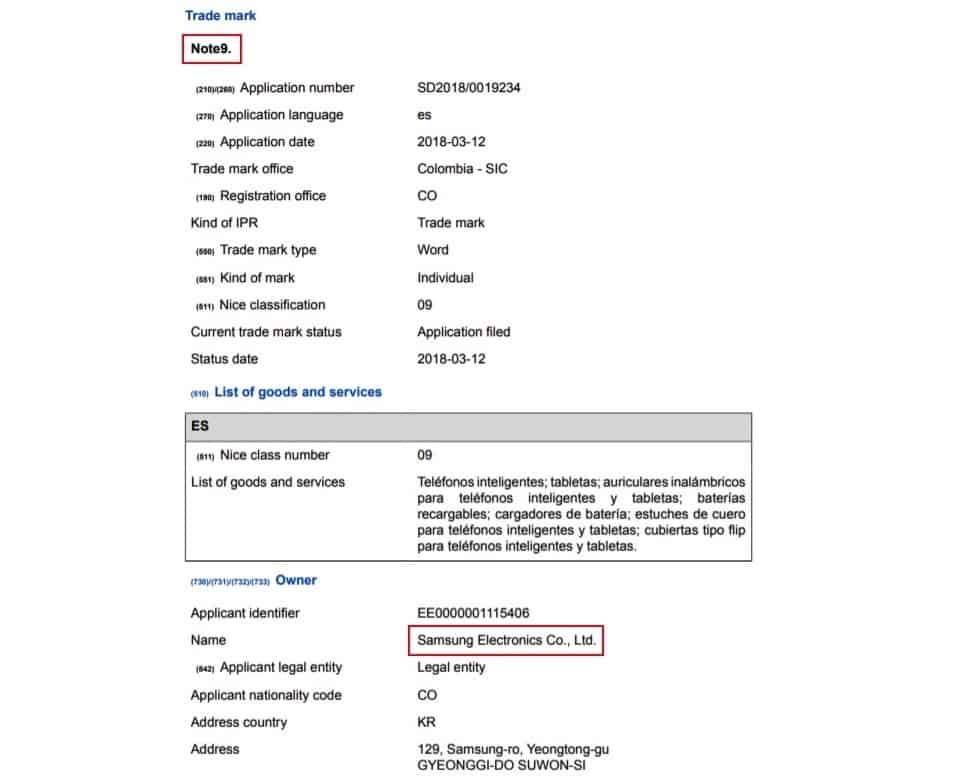 As far as release date goes, the trademark application doesn't give any indication as to when that might be, only the commitment to the name of the device. The Galaxy Note 9 will be released in August or September, as we've seen in previous years, and will feature the improvements found in the Galaxy S9 such as the variable aperture camera and placement of the fingerprint sensor.The Samsung Galaxy Note 9 isn't expected to depart from the infinity design we've come to know and love with the recent Galaxy devices, but we could see the RAM increased to a massive 8GB and a new S-Pen accompanying Bixby 2.0.The naming of the Galaxy Note 9 although not much of a surprise does confirm Samsung aren't choosing to start the Note series with the long-rumored changed to X designation. It seems more likely that the Galaxy S10 will be the device where Samsung drop the numbering of its devices and move to the Galaxy X convention.