With only a few days before the rumored launch of Google's new Nexus 5 running on the latest Android 4.4, we have an Android blog in Italy that supposedly got their hands on one. According to Tutto Android, we are looking at the final build for Android 4.4 KitKat, version KRS92B with kernel 3.4.0. You will be able to notice several new features and big changes from the leaked pictures.We'll start with the white icons in the notification bar. We can also notice that there has been an entire modernization of the color scheme. First of all, the icons seem to be more flat and the wallpapers are more colored. The Google Now icon on the lockscreen is also easier to spot with this new design. The rest of the lockscreen seems to have remained the same.There is a new feature installed, named "Tap & Pay" and it appears to have something to do with NFC and Google Wallet. This could make paying using NFC a lot easier and faster.The Location Settings menu has also changed. Now you can find 3 new modes: Device Sensors which uses only the GPS sensor; Battery saving which uses only WiFi and mobile networks to locate you; and High accuracy which incorporates all 3 settings. This makes it easier to understand and choose a Location settings. 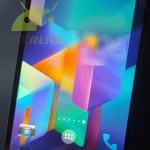 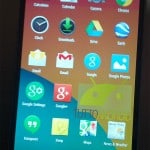 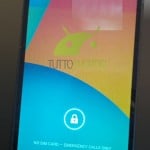 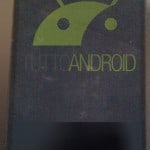 You can also notice that the status bar at the top is transparent, and also the navigation bar at the bottom that is specific to Nexus devices is also transparent making the screen look larger.Message app no longer exists, it is now incorporated into HangoutsIf you look at the picture that shows us the app menu, you will notice that there is no longer a messaging app, but instead you can notice the Google Hangouts icon. This means that the rumors were right, and with the latest incorporation of SMS into Hangouts, this will become the default messaging app for AOSP Android. This means you will be able to sens SMS/MMS or online messages using the same app.This change leaves room for debate, as some users just hate using Google specific apps and now they are basically forced to do this. On the other hand, it can prove useful that you can use only one app to send messages to anyone.The same thing happened to the Gallery app, that now seems to be Google Photos.What do you think about the changes that Google introduced in Android 4.4 KitKat? Do you agree with them?