After months of waiting and tons of fake apps, Blackberry has officially released their proprietary Instant Messaging app - BBM - on the Android platform. Until today, BBM was only available on Blackberry devices, so this is the first time this app can be used on Android.Even though the app is available for download from Google Play, there is still a side-gig. Because of the amazingly high demand for BB's messaging app, the servers risked being flooded by traffic and fail once again. So the company has implemented a line-up system that will require you to enter a valid E-mail address, on which you will receive a notice that will announce you that you can start using the messaging app. So even if you go and download BBM right now, you will still not be able to use it immediately due to the high traffic. However Blackberry is announcing us that they are doing the best they can to grant access to everybody as fast as they can.Apparently if you previously signed up at BBM.com you can use the app right away without needing to wait in line. It is amazing how much interest people have in a messaging app from Blackberry, knowing that their phones are really lacking popularity. So the question remains, do we really need a Blackberry app on our Android devices? Or better said, do we really need another messaging app with so many already out there?Many say that the reason why BBM is better is that it respects your privacy, so they won't use your phone number like other apps use, but instead you will use pin numbers to add contacts.Click on the download link provided to visit the official Play Store page for BBM and download the app - Download BBM from Play StoreBelow are some screenshots with BBM in action: 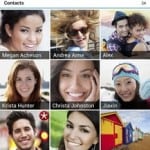 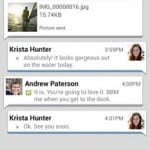 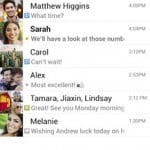 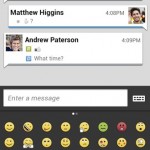 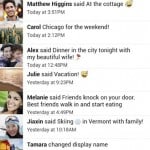