The wait is finally over for Galaxy Note 8 owners as Android Oreo is ready to roll out to their devices.The build has passed the SafetyNet compatibility check and obtained Google certification, meaning Google Pay, and other apps are ready to go, and it's a formality before the official release. The Android 8.0 Oreo build that triggered attention was a version released onto the AT&T servers, although not explicitly pushed by Samsung. It's for the Snapdragon version of the Galaxy Note 8, but it will be only a matter of time before the Exynos equivalent appears.Don't Miss: Galaxy S8 vs. Galaxy S9: is it worth upgrading?Amongst the features that Android Oreo natively brings to devices — such as picture-in-picture mode, notification channels, background app optimizations, and notification snoozing — the update also incorporates changes added in Samsung Experience 9.0. Formerly known as TouchWiz, the Samsung overlay placed on top of Android sees an overhaul of the company's proprietary keyboard, new edge lighting effects, custom colors for folders, and enhanced lock screen customization. Also, the Oreo build includes the latest March security patch showing that it was compiled recently and intended for distribution immediately.

If you don't want to wait for the update to hit your device automatically once it's released by carriers, you can follow these steps to get it on your Note 8 now: 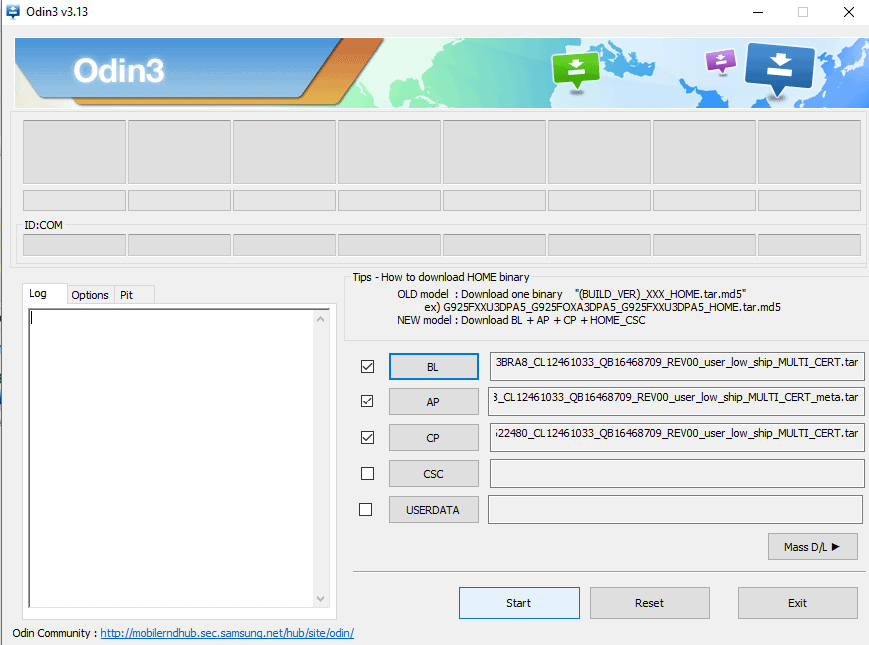 8. Click start at the bottom of Odin. 9. Wait for your device to flash and then reboot. Odin will show you the progress as it works through the stages. As soon as it reboots, power off your phone again. Once it's powered down, boot into recovery again by holding down the Bixby button + Volume up + power. 10. If you have an SD card, select “apply update from SD card.” You can select this by using your volume rockers to navigate and the power button to select. After selecting the option, find the file called “update.zip” and select it with the power button. 11. If you don’t have an SD card, select “apply update from ADB.” On your computer, open a command prompt by pressing Windows key + R and typing “cmd.” Once this command prompt opens up, type “adb sideload” and press enter.You'll now have a brand new version of Android installed. While it's great to have Android 8.0 on your Note 8, we cannot ignore the fact that this still isn't the newest version of Android. In fact, to highlight how far behind Samsung are, the first Android P Developer Preview was just released. Granted, it's an early experimental build, but it marks the beginning of a release cycle to see an Android P public build hit Pixel devices and the Note 8 will be a whole major release behind.With programs like Project Treble aimed at encouraging OEMs to keep their Android devices up to date, it raises the question of how long it will be before a flagship Android device running an out-of-date piece of software becomes unacceptable.Drop a comment below and let us know if you've got Android Oreo running on your Note 8 and what you think of it.