A bunch of Oreo updates are coming, Samsung shows some love to their unlocked devices, Nokia brings face unlock to selected devices, and more on this weekly Android firmware update roundup.

Up till now, people who owned an unlocked version of the Samsung Galaxy S9 or Galaxy S9 Plus in the US didn't have access to FM radio functionality. However, that's about to change. After receiving the latest security updates, you should be able to use the FM radio on your device.Samsung Galaxy S7 active models from AT&T have already started receiving Android Oreo. The update did take a while to arrive but, you know what they say, better late than ever. You can expect to download about 1.5 gigs with this one.Galaxy S7 Duos devices finally get the Oreo update. The 'standard' version of the S7 had already received the update but the Galaxy S7 Duos models were left behind till now. This update brings a lot of new small improvements and features which you can check out in Samsung Mobile.

As announced by Nokia Mobile on Twitter, Nokia 8, Nokia 8 Sirocco, Nokia 7 plus, and Nokia 6 will receive an OTA update which will bring a face unlock feature.https://twitter.com/Nokiamobile/status/1010367104728563712?ref_src=twsrc%5Etfw&At this point, we still don't know if this is a new version of Smart Unlock or something completely new. Guess that we're about to find out in the upcoming months.On other news, Android P Beta 2 is now available for the Nokia 7 Plus. You can manually flash it on your device if you wish to do so but we wouldn't recommend it. Betas are almost always full of bugs and issues.As for the Nokia X6, a new update will now let you hide the notch in the top. You could say that it's a "top-notch" update. It's already available so you should eventually receive it.

As sighted by Reddit users, owners of the Xiaomi Mi Box will now be able to update to Android Oreo. And yes, that includes US citizens as well. The update seems to be taking about 615MB of space. Apart from a whole new experience, it also brings Google Assistant to the table.Those of you who own a Redmi Note 5 Pro may have noticed that you can only record up to 1080p/30 FPS. However, the MIUI 10 China ROM seems to now offer 1080p/60 FPS on the same device. Which means that we may also see this coming to the "official" ROM. Other than that, do keep in mind that the Redmi Note 5, unofficially, has the ability to record in 4K/30FPS.According to MIUI India, Redmi Note 5 will also start receiving the official MIUI 9.5 update which is based on Android Oreo. The update is expected to start rolling out in phases on the 29th of June! 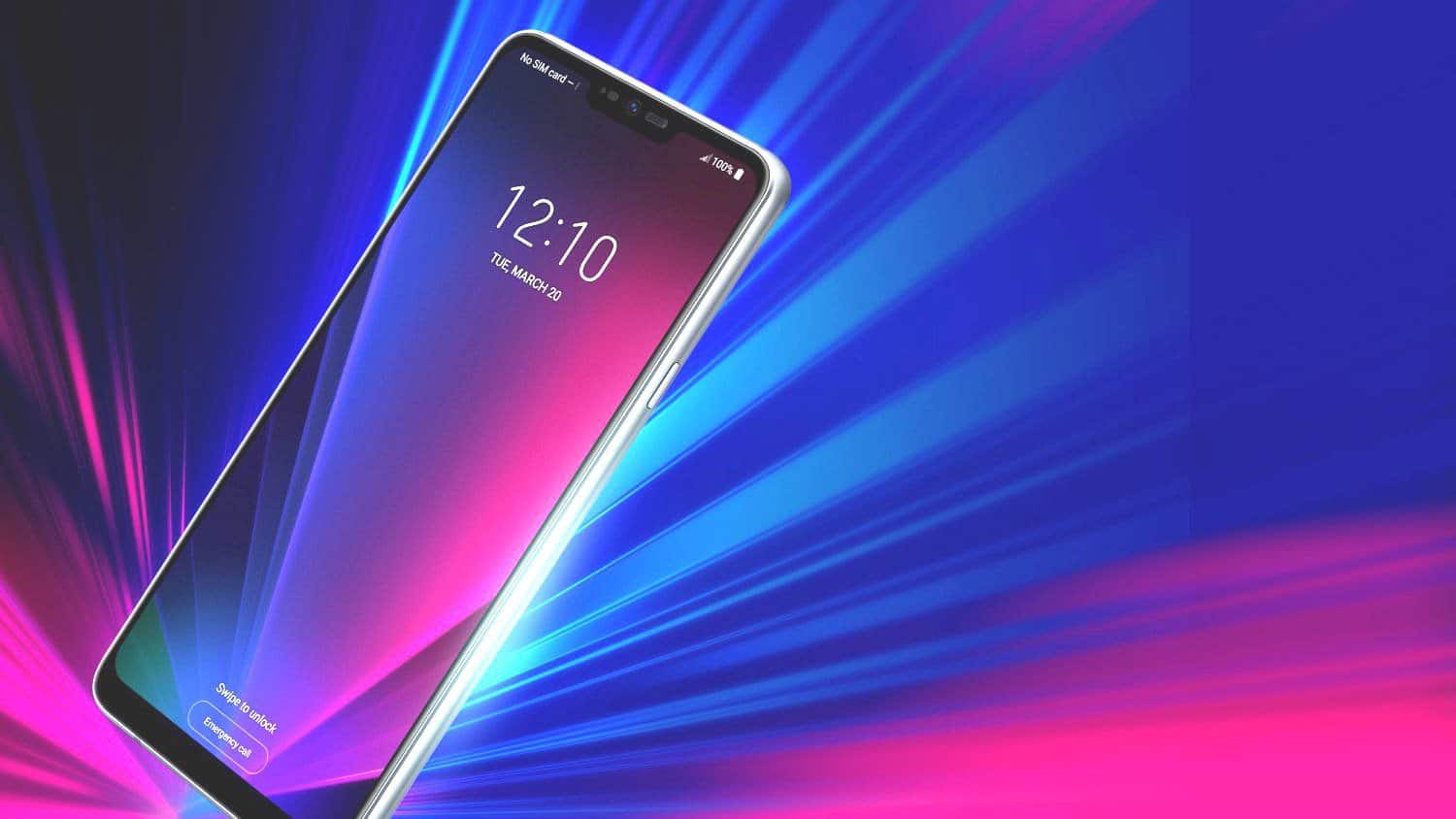 After the most recent update, LG G7 ThinQ owners will now be able to record in 4K/60FPS. The 4K video recording option was there before as well, but only in 30FPS. Do keep in mind that with 4K/60FPS you'll be limited to 6 minutes of recording.At this moment, the update is coming out for South Koreans but the rest of the world should see it coming pretty soon as well.On other news, according to the Reddit community, LG G6 users for both unlocked and carrier models have been receiving the Android Oreo update since the early days of the month. If you haven't done so already, do make a quick check for available system updates.

Numerous OnePlus users report that after the most recent update they experience some significant drops in battery life. Hopefully, this will be fixed in the near future. As of today, a new update started rolling out on China but the changelog doesn't say anything about a battery fix. So, we'll just have to wait and see.On a positive note, a new small update is available for the OnePlus 5 and 5T and should start rolling out OTA soon enough.  One could say that OnePlus cares about their older devices as well. 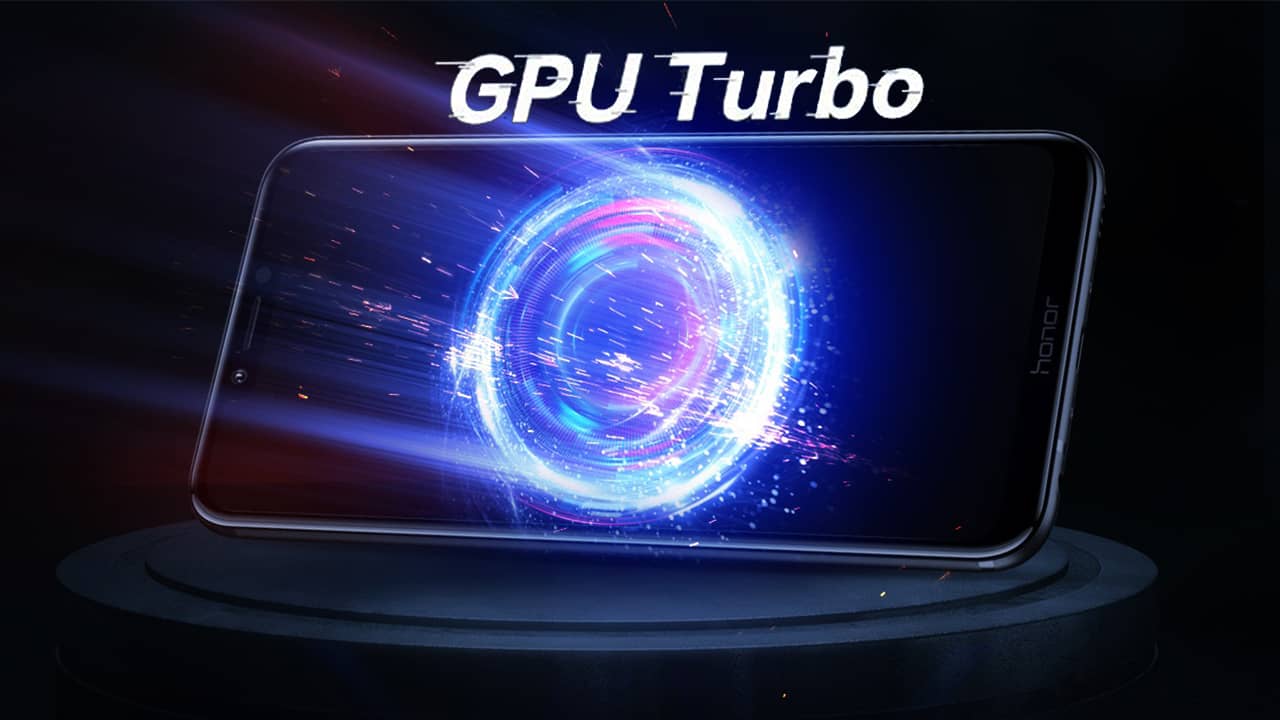 Honor 10 owners in China have started receiving a huge update of 4.25 gigs which brings lots of system fixes, Android 8.1, and more. But, the most important of those is the GPU Turbo feature.According to Huawei, GPU Turbo will bring a 60% increase in gaming performance and a 30% decrease in power consumption while gaming or performing GPU intensive tasks. Huawei Honor 10 will receive this feature on Europe by the end of August and it's already being delivered to Chinese beta testers.Judging from the response of Huawei support towards one of its UK customers, we can almost safely assume that we'll never see Android Oreo running on the Huawei P9. 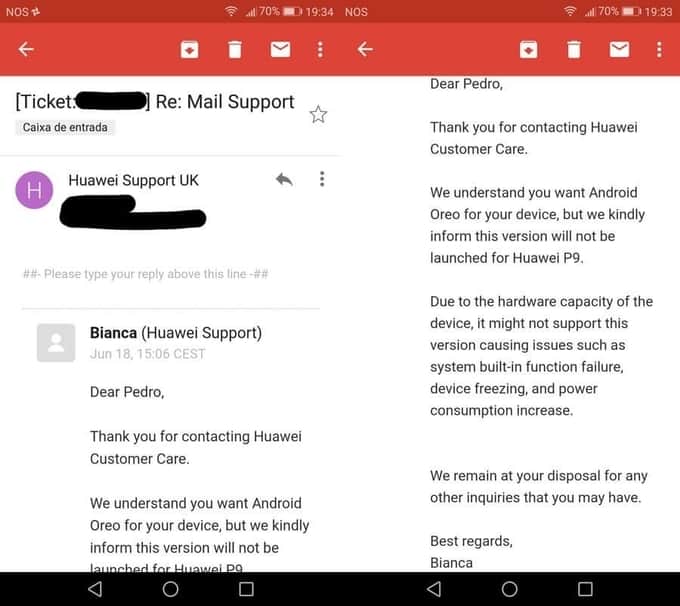 As you can see from the image above, while running Android Oreo, the Huawei P9 was apparently experiencing issues with freezing and battery life decreases. And that's why we'll probably never see Android Oreo running on this device.Other selected Huawei devices like the P20 and P20 pro will also start receiving this feature eventually and we'll keep you updated when that happens.Huawei Mate 10 Lite and P10 Lite owners in Germany have mentioned that they started receiving the Android Oreo Update. So, we can safely assume that the update will eventually reach other countries as well.

If you own a Moto G5S Plus and you're enrolled in the Feedback Network then you should receive the Android 8.1 Oreo update - sooner or later. However, do keep in mind that it's still in a sort of beta stage. The update currently takes 1.18 gigabytes and should eventually reach out everyone after passing the soak test.Like what you see? If so, then don't forget to like and follow us on our Facebook page so that you'll be able to receive the latest news first.