The world of tablets and smartphones is comprised of an ocean of applications that are significant in our day-to-day living, a good portion of which are designed to entertain. While the term “entertainment” in this sense is rather vague, we are referring to game applications which turn these nifty devices into dedicated handheld gaming systems.If you have not been paying attention to the trends in the industry for a while, you are probably out of the loop regarding changes in the software scene. You are also probably ‘content’ with your own personal preference of games which may actually be considered dated at this juncture.Now, not all of us are hardcore gamers at heart, so staying up-to-date takes some doing. However, it’s important to stay updated about new developments which about the fun-filled elements of online game play.For these platforms where game content steadily rises over the years, finding the best games in the bunch can be a painstaking and time-consuming process. We listed five of the most amazing gaming applications currently out there in the market.

As it is, the world of Final Fantasy XV—an original PlayStation 4 title—is already massive and is continually growing. Of all the entries in the franchise, no other game in the “Final Fantasy” series has such expansive content.Final Fantasy XV makes for an iconic title in the franchise, it bred a spinoff title such as the mobile game, Final Fantasy XV: A New Empire.If you have played an RTS/simulation title before—say, the Civilization series—then much about the game is already familiar. Like any other kingdom-building titles, this game is about gathering resources, building infrastructures, and raising an army for its defense.What makes this game exciting is that, apart from incorporating the engaging elements of the RTS/simulation genre in a mobile title, the game is based on Final Fantasy XV, essentially added value to fans of the franchise. 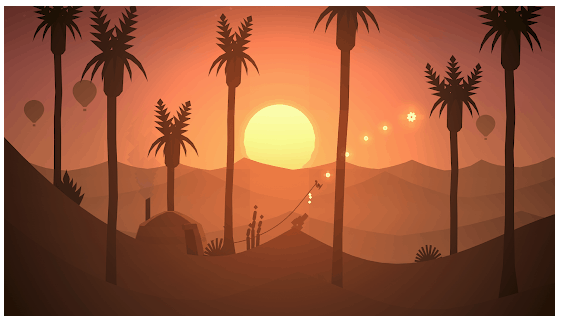 Diehard players of the Alto’s Adventure already know what to expect from the sequel. Basically, it’s a 2D one-directional side-scrolling game featuring a boy who skis his way on a sandboard, overcoming obstacles, performing tricks, earning points, and ultimately reaching the end point.Based on the same fun gameplay mechanics which made the prequel an amusing mobile title, Alto’s Odyssey also improves on its predecessor, making it a desirable title like its predecessor.

Are you fond of games involving 2D geometric figures and various set of colors? If this is your thing, then the mobile gaming application called “Dissembler” is for you.While this game may not necessarily possess the same challenge as a Rubik’s Cube, it shares a similarity in having the flip tiles to find a matching color to the adjacent tiles in a two-dimensional plane.The game starts off easy to allow newcomers to become familiarized with the mechanics. But it gradually introduces greater difficulty as it progresses, making it more challenging along the way.

The popularity of the city-building and simulation genre is not limited to PCs and consoles alone. It has found its home on our mobile devices. No other title is a better exponent of this than the Swedish game, Battle of Polytopia.Like most games of its kind, the Battle of Polytopia is about clearing the world of its “fog” while establishing a city and preparing it for growth and expansion, including warding off enemies.The name may sound like something new, but early adopters of the Super Tribes game will know that it’s also just the same game. Apparently, due to conflict with the copyright issue with the original label, the name was relabeled as the game we knew it today.Battle of Polytopia is not necessarily a new game but due to the renaming issue, it might have slipped off the radar for a while. 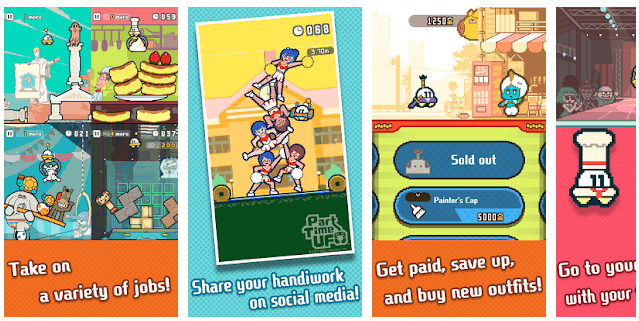 Ever feel like taking on an Unidentified Flying Object with the goal of aiding mankind in the many “difficult” tasks such as lifting massive objects or fighting gargantuan bosses to keep the world organized? Well, playing Part Time UFO gives you that privilege, albeit in a fun and engaging way.For a title that does not take itself seriously, the game is incredibly fun to play but not necessarily mindless. Like any worthy games, it requires attention to detail.Developed by the same company which brought us the Kirby titles we know and love, HAL Laboratory is also the same developer which made this fun-filled game.Although the graphics are not really a good indicator to tell that this game was made by the same people behind Kirby, there is at least one element which makes both similar: they are both cute. Almost made it on to the listThere are many other game titles out there for mobile devices, like the games at Winkslots. They are bright, colorful and you can choose the theme and overall setting of the game.  They feature a variety of action-packed elements that will satisfy your need for thrills and excitement.