You'll often find yourself in a position where you'll need to do two things at once on your smartphone, and it helps to have two apps visible at the same time. Perhaps you need to copy a phone number from an email to call or copy an extract from a webpage to WhatsApp, or even watch Netflix while browsing eBay. Thankfully, native support to allow split screen mode for apps has been available since Android 7.0.Samsung users have had this for even longer as part of the TouchWiz, but Google has since baked split screen mode into Android. The method to bring up two apps at the same time is relatively simple to trigger but not necessarily obvious. Let's take a look below at how to enable split screen on Android and take your productivity to the next level.Don't Miss: Is your Samsung Galaxy S9+ dropping calls? You're not alone!Despite Google standardizing split screen in Android Nougat, the method of activating it could differ if the manufacturer has changed the navigation buttons or multitasking overlay. Below are the two ways in which Google natively supports split screen as well as how to use it on a Samsung device. 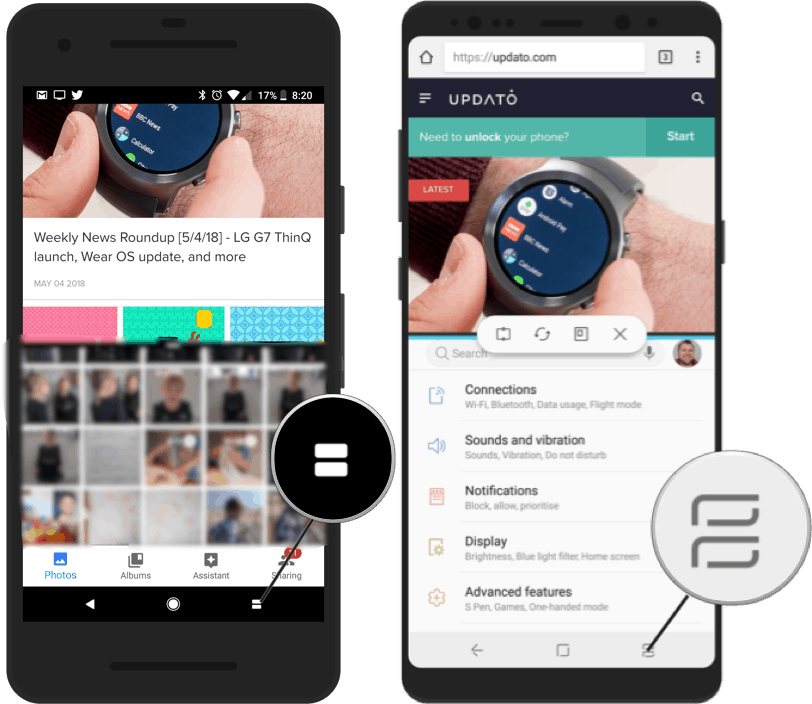 The most common way is to trigger split screen using the multitasking or 'Recents' button in the navigation bar.

[symple_divider style="solid" margin_top="20" margin_bottom="20"]The use of split screen apps in Android can be extremely useful for boosting your productivity. While it is a simple implementation once initiated, as mentioned, it's not exactly obvious how to activate it. Hopefully, this guide points you in the right direction to get the most out of your device.Leave us a comment below if you use split screen mode on Android.