It may seem like a simple task to many, but taking a screenshot can be confusing for some, especially when moving to a new device. With the various implementations across different Android phones, it could leave you scrambling to find that magic button combination when you really need it. With the new Samsung Galaxy S9 and S9+, there are multiple ways to take a screenshot, and Samsung even bundles in some added tools to give users a little bit extra.

This method is the one most people will be familiar with and is pretty consistent across most Android devices. The technique is no different on the Galaxy S9/S9+. 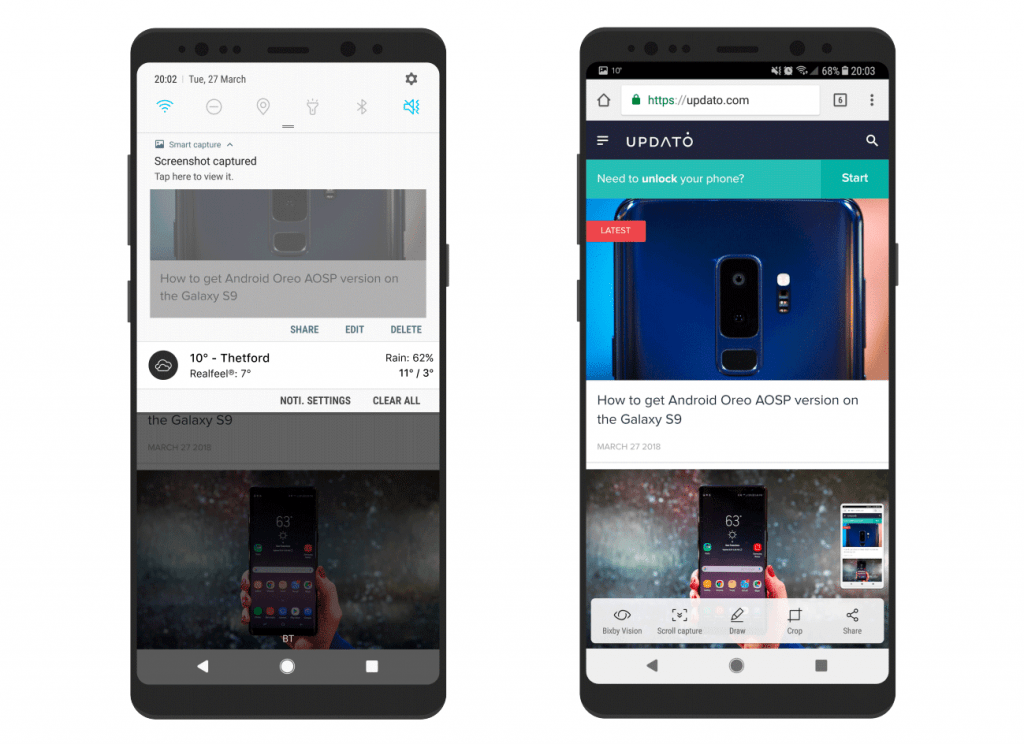 Don't Miss: Galaxy S8 vs. Galaxy S9: is it worth upgrading?

One of my favorite features that Samsung included with its screenshot implementation is the ability to scroll capture. Typically, screenshots will capture whatever is currently on the screen and nothing more, forcing the user to take multiple screenshots if the content (a webpage, for example) is longer than the screen.On the Galaxy S9/S9+, after taking a screenshot, you are also given the option to capture further down the page, produced one long image.

If remembering a button combination seems like too much hard work, Samsung has you covered. The Galaxy S9/S9+ allows you to take a screenshot by swiping the edge of your hand across the screen.