Not too long ago, we took a look a 10 of the best gun games for Android. One of those games is Shadowgun DeadZone - a kind of competitive shooter. We eventually came to the realization that a lot of you out there love this game. So, for those of you who haven't tried it yet - care to check it out? 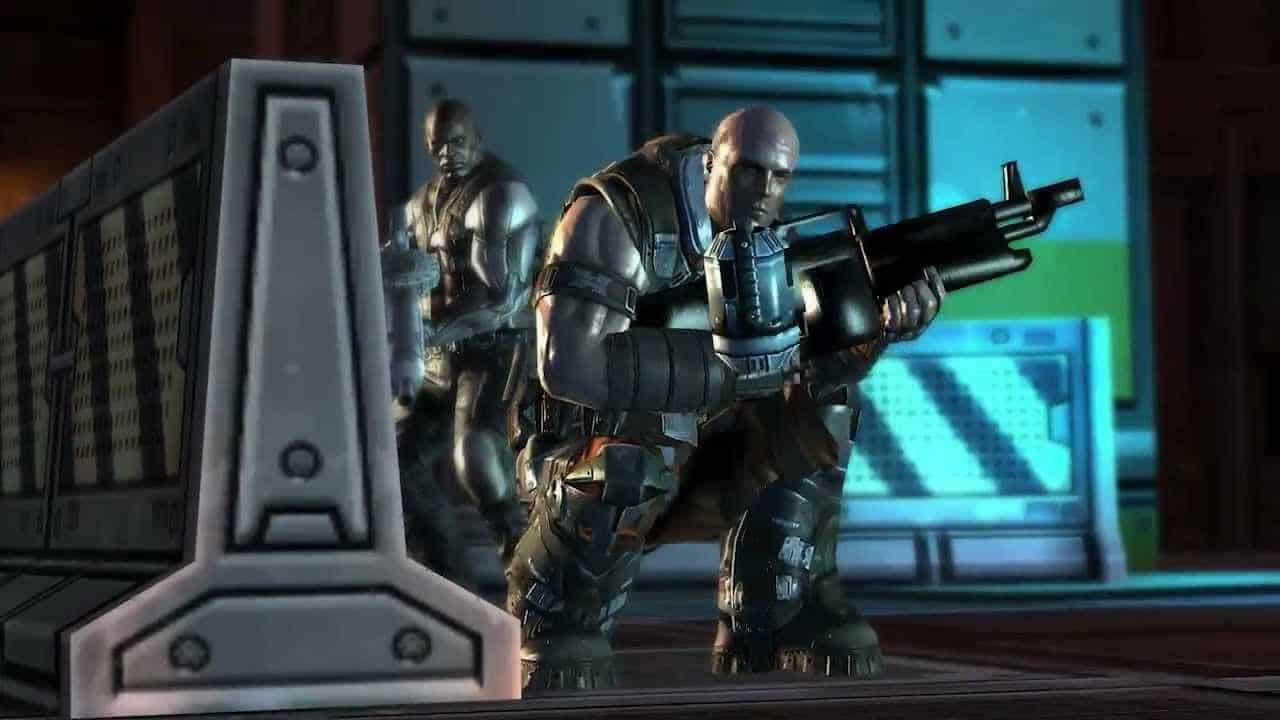 Shadowgun DeadZone mainly offers two game modes: In a deathmatch, the one who gets the most kills is the winner. That's simply all there is to it. Of course, when gameplay and game balance get in the way, things do get a bit more complicated. But, more on that later on.Zone control is, well, zone control. When you're playing a zone control match, the map is split into 5 pieces/zones and the team which dominates the most zones is the one that wins.

The main concept is fairly easy to understand and get into. But, what about the core gameplay and mechanics of the game?Well, first of all, there's little to no recoil while shooting. This significantly reduces the skill ceiling and makes running and gunning very easy.Is this a bad thing? In our opinion, it depends on who you're asking. It's most certainly a turn off for those who love competitive and punishing games. But, casual gamers who are not willing to invest a lot of time and effort into improving their skills will most likely appreciate the game's core mechanics.Does that mean that the game is not suitable for competitive gamers? Again, not really. You're still trying to get the competitive edge.In this game, you still wanna be faster, more precise, and ahead of your opponent in pretty much every single way. It's just that the skill ceiling is kinda lower than other games like Critical Ops where you need to take recoil and movement inaccuracy into account. Not to mention nades.Speaking of nades, let's talk about the tactical aspects of the game. Shall we?

Tactical gameplay - is it any good? 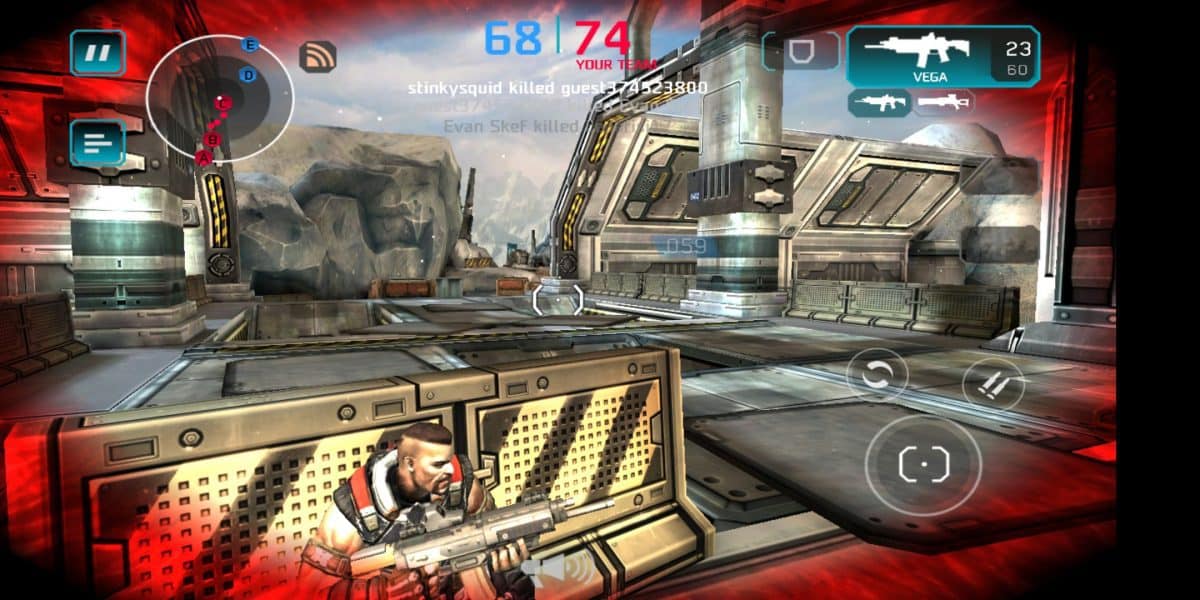 When it comes to tactical gameplay, let's just say that this is not the best game that there is on that aspect. Most of the time, chances are that you'll be trying to win by using precision, reflexes, and in some cases teamwork in order to win.You also have the choice of utilizing nades, different weapons, and tools. But, here's where things get a little bit sour - you need to buy all of the utilities in this game.Flashbangs, grenades, EMPs, sniper rifles, you name it. Each weapon needs to be bought. Not necessarily with real money, though.But, in order to buy everything by using only in-game currency, you'll spend a LOT of time just grinding to get your rewards. This is generally not a good system. Here's why.In order to buy all of your utilities without paying, you need to play for tens, maybe even hundreds of hours. So, at the end of the day, you will be not only more experienced than other players, but you'll also have more utility. That ruins the balance of the game.Sure, you can avoid that by just paying real money and getting everything you want. But, that may turn the game into a pay to win title. And frankly speaking, this is even worse.

Is this a pay to win title? 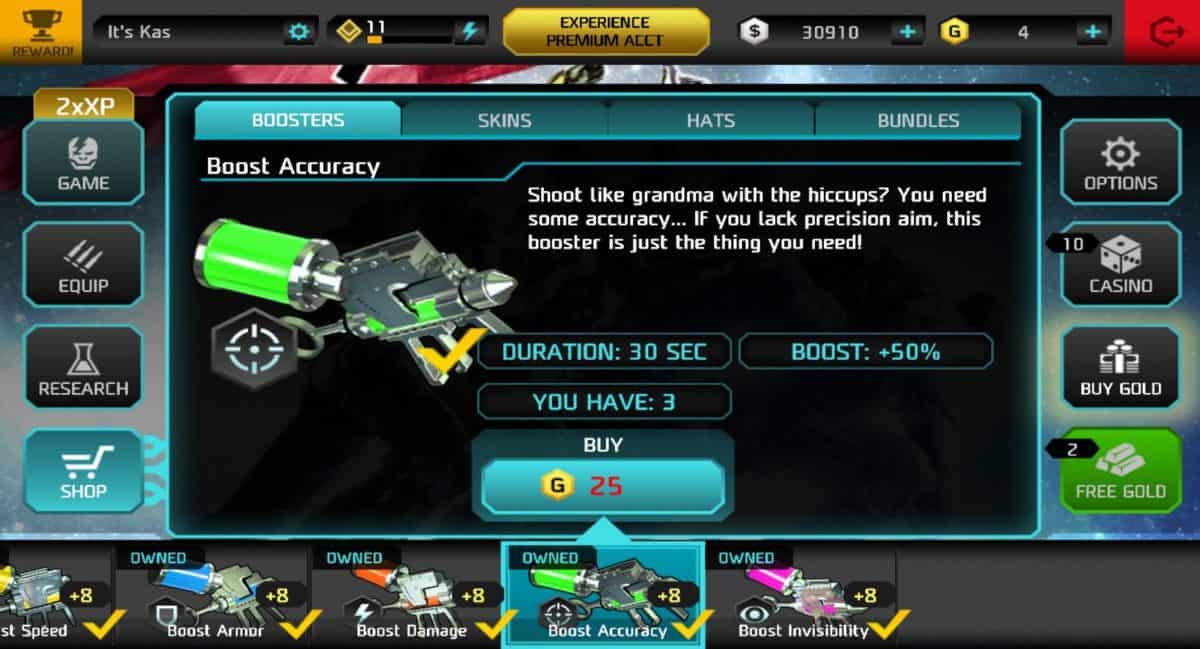 Many tools are locked by rank. So, that may serve as a gameplay balance act. Still, let's not forget to mention that premium users get one more weapon and one more item slot. That's without a doubt a pay to win mechanic.Look, we get it. Free to play games need to be monetized somehow. But, can you do that without ruining the balance of the game between free and premium users?Critical Ops does this so much better. Spending real money will only give you cosmetic skins and that's the way that it should be.Shadowgun Deadzone, on the other hand, will give you anything from speed and armor to aim boosters. That's not that far from hacking/cheating legitimately, is it?Again, you can get many of these things just by playing a lot and earning in-game money. But, that ruins the game balance and it still allows premium users to get a competitive advantage over free users.Does that turn this game into a pay to win title? Frankly speaking, we're not sure. It most definitely makes things harder for free users, but that's all that we can say with certainty.At the end of the day, if you're a very competitive person and you really want to win with a fair fight, then you probably want to stay away from this game. If you kinda want the competitive experience but you're not too serious about winning, then go ahead. Shadowgun Deadzone will most certainly give you lots of hours of enjoyment. 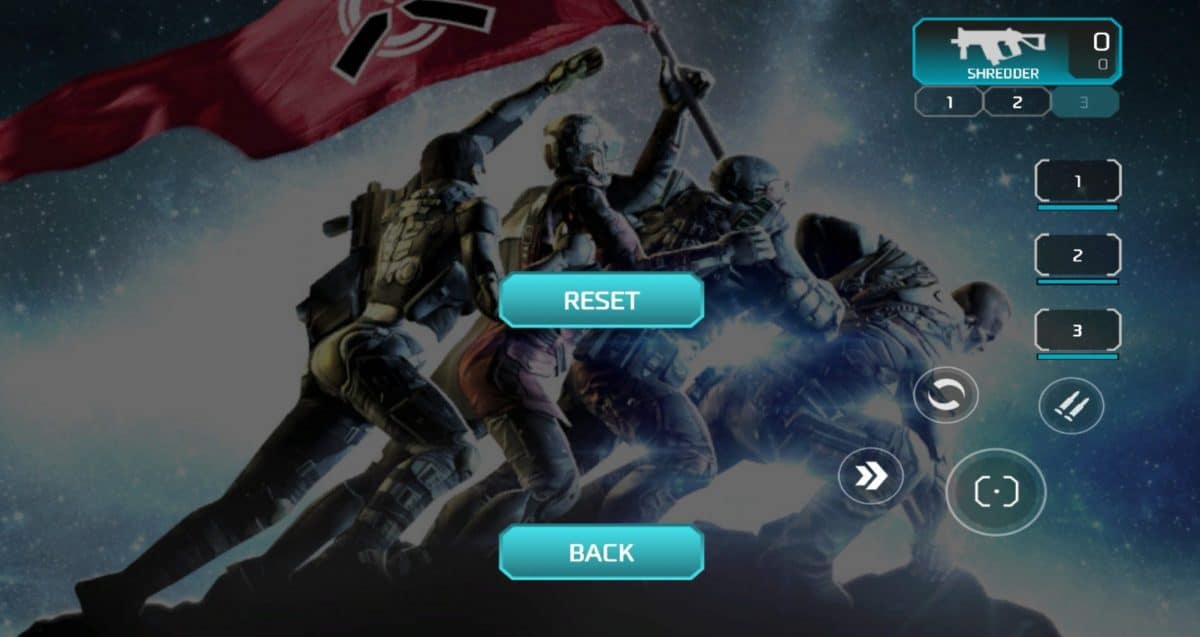 As far as touch-screen controls and gun games go, Shadowgun DeadZone is fairly easy to play/control. You can use a free move pad or a static one, you can adjust the aim sensitivity, the fire button size, set the overall layout, and also use left-handed controls if you wish to do so.When it comes to graphics, you most certainly won't get blown away. But, that's to be expected from a fairly old game. Especially when it comes to competitive gun games that generally try to get the optimal performance.Speaking of performance, the optimization of Shadowgun DeadZone is actually great. We generally run it at 60 FPS and we've never experienced any lag spikes or slowdowns.Do keep in mind that we generally use budget to mid-range smartphones for testing out games so that we give a fair review to the average person. After all, testing the optimization of a game on a high-end smartphone is kinda pointless.We generally keep the graphical settings at medium. If you find out that your device is unable to maintain 60 FPS, then you've got the option of turning down the framerate.Not sure how many FPS you get after turning off the 60 FPS option. But, we assume that it's 30 and it most certainly feels like it while playing.

As far as Android gun games go, Shadowgun DeadZone runs great, offers a great balance between competitive and casual gameplay, and it's also very lightweight which is a plus for budget users.With all of that being said, it most definitely also has a few shortcomings. The kinda pay to win mechanics can be a huge pain in the butt for very competitive people.As if that wasn't enough, certain tools in the game allow you to see where our opponents are while there are also other tools to counter that. We imagine that lots of people are not going to be pleased with that particular game mechanic. But, that's more about personal taste rather than a bad thing - probably.Overall, if you're looking for gun games to play and want something that's neither too competitive or too casual, do definitely check out Shadowgun DeadZone.

Get Shadowgun from the Google Play Store

Feel like we forgot something important? Got something wrong? Then let us and everyone else know about it in the comments section down below!Like what you see? Then don't forget to follow us on Facebook and Twitter for the latest news, reviews, listicles, apps, games, how-to guides, and more!