Fortnite has grown to become one of the biggest games of all time. It's a free to play shooter game with building mechanics.Up till a few days ago, it was only available for the most recent generation of consoles, the Nintendo Switch, PC, and iOS. However, as we saw last week, it's now also available for Android. Let's take a look at it!

So far, not the best. What you see above is not a low-resolution image or anything like that. This is how the game looks in its current state.The controls don't seem to differ too much compared to your average FPS mobile game. You just use the touch-screen to aim and you also have a dedicated button for zooming in with a scope or aiming down the sights with a rifle, pistol, shotgun, etc.One of the very first things that we noticed is how the framerate is capped at 30 FPS. If we were talking for an RPG kind of game then that would make sense. However, when it comes to shooters (and competitive ones at that), then you almost always need at least 60 FPS.Building is just painful right now. It takes so much time and effort that you're better off just trying to immediately shoot down your opponent. Fortnite is a game where the building mechanics play a massive role. So, it's definitely a shame to see how we can't really build with ease here.That was a quick look at the game. Let's go into a bit more depth.

Bad. It honestly feels like we went back to the PS2 era. Seems like the game is running at a very low internal resolution with no Anti-aliasing whatsoever cause jaggies are just all over the place.The draw distance is kinda low which causes a lot of sudden popups. You know, just different objects, buildings, and stuff like that appears on your screen out of nowhere.Do keep in mind that this is for the high-end Android smartphones. The game will currently refuse to run on most mid-rangers and is probably out of the question for low-end devices.Speaking of which, Epic Games has announced that these devices are currently supported: However, some people mentioned that they couldn't get the game to run on their Pixel 2 - even though it's supposed to be officially supported. So, why does it not work? Well, your guess is as good as ours.

As you can see in the image above, the framerate is capped at 30 FPS. If you feel that even 30 FPS is too much for your device, and chances are that it will be, then you can also turn it down to a horrible 20 FPS.For a competitive shooter game like Fortnite, 30 FPS is out of the question - never mind 20. The problem is that even the most powerful flagships that you can get your hands on right now are having a rough time maintaining that level of performance.From what we've seen, till now, Fortnite is lagging pretty bad. Again, when it comes to casual games, a little bit of lag every now and then is not necessarily a big deal. But, when it comes to competitive games, lag spikes can be infuriating.The only device that doesn't seem to experience any major performance issues right now is the Note 9. And it would be pretty embarrassing to see a game lagging on one of the most powerful devices that are available right now.Look, we get it. Fortnite is an open world game with a huge map and it has 100 players playing on it simultaneously. It makes sense for such a game to be heavy. However, the iOS version looks and runs so much better than Android and this makes us think that this is just very badly optimized. 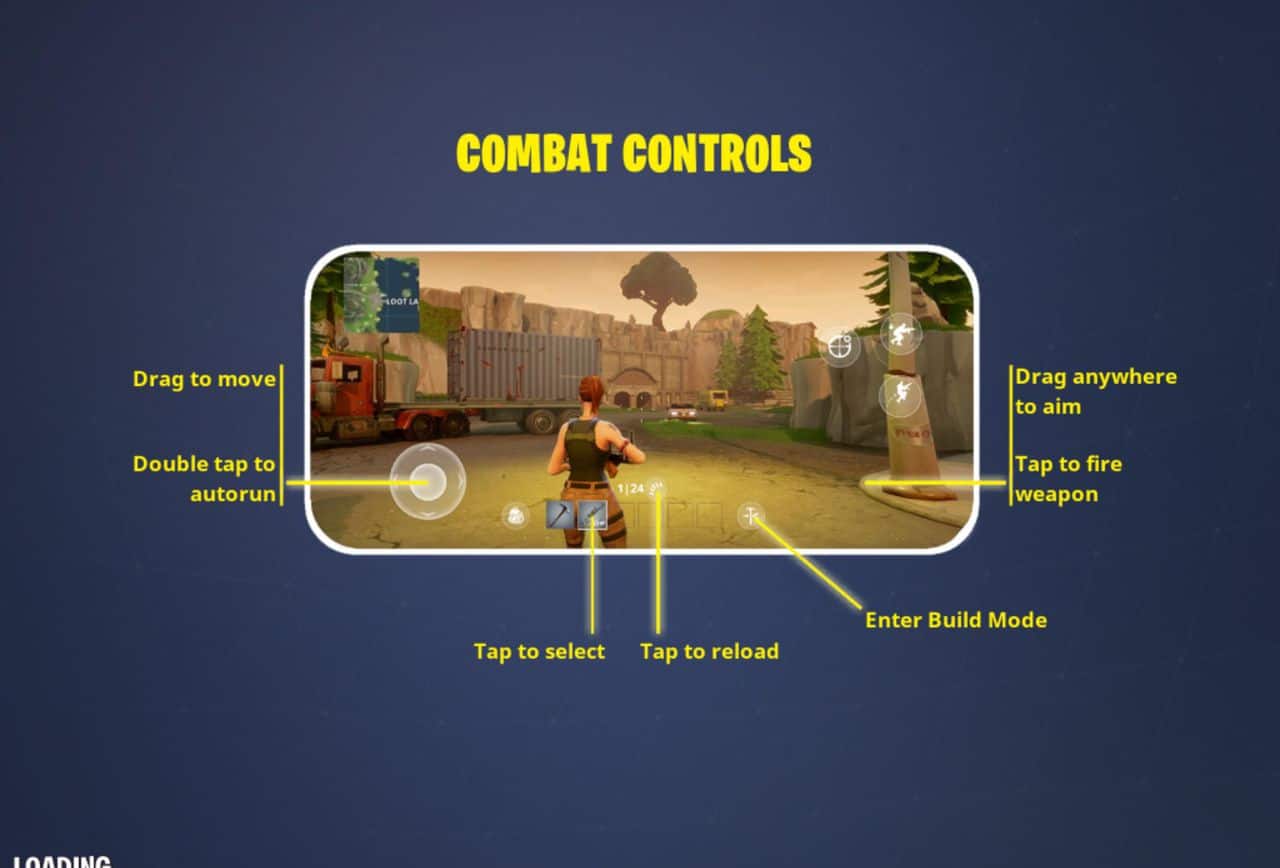 Fortnite generally has complex controls cause you have to worry about both shooting and building. And let us not forget movement controls and inventory management.The situation is no different on Android. And as you may have expected, it's worse - by a lot. A touch-screen display is just not the best controller when it comes to gaming. The question is, will we able to use an actual controller for Fortnite? Well, probably not.A gaming controller will most obviously make things much easier, but it'll also give you an unfair advantage over your opponents. Epic Games doesn't like that. So, not sure if we're gonna see official gamepad support on Fortnite mobile.With that being said, people seem to be coming up with all sorts of mods and patents to play this game with a gamepad. However, nothing official as of yet.Back to the matter at hand. The overall shooting and movement controls aren't half bad. The only problem is in building.For your average mobile gamer, building in this game is so slow that you're often better off just shooting instead. For a game like Fortnite where building is a core mechanic, this can be a deal breaker.

https://youtu.be/qESWKsN_oqEThanks to the weird controls and the constant frame drops, you'll often experience some ridiculous battles. From what we can see on the video above, it seems like crossplay is also supported. However, with these controls, you don't really stand a chance against PC players.Other than that, Fortnite is just Fortnite and the core gameplay doesn't change that much. That's if you make an exception for building cause you'll most likely want to avoid that on Android.

The Android version of Fortnite is still in Beta. So, let's just take everything with a grain of salt for now. Maybe in a month or two, the game will be on par with its iOS version.Until that time comes, we can't really recommend the game in its current state. If you wanna just try it out for fun then go ahead. But, if you're expecting to get an overall competitive experience out of it in any way, then you better wait for a while until some things get fixed.