When you want to buy a microSD card, one of the first things that you'll notice is the number that is imprinted on it. That's what we call a micro SD card class. What you'll also notice, is that the higher the class, the higher the price.But, what do these numbers mean anyway? What's the difference between classes? Do they make a difference for us? Should we care? Are they worth the extra money? Why? Well, let's find out - shall we?

What's the difference between one micro SD card class and another? 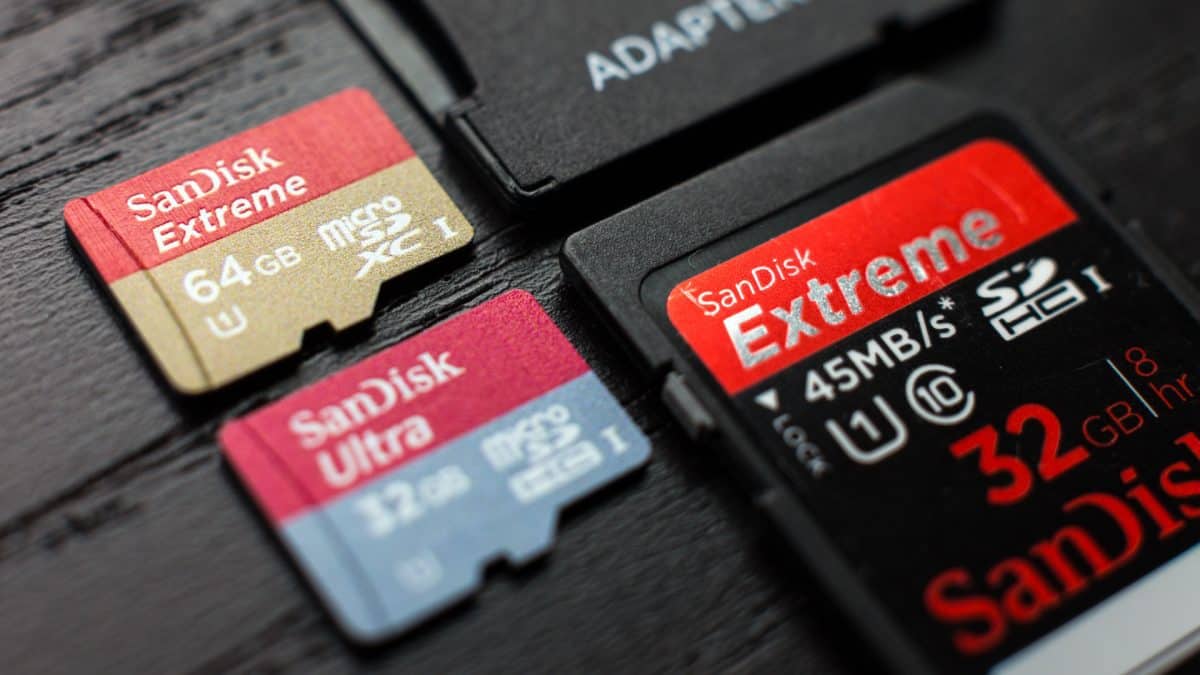 The number that's imprinted on a micro sd card indicates its class. We use these different classes to categorize our cards in minimum write speeds in megabytes per second. That indicates how fast an SD card can write data in the worst case scenario.Knowing how fast a memory card can write data is very important because: We generally have two class tiers: So, to put it simply, the difference between micro SD card classes is that the higher the class, the faster that the card will be. UHS is on a higher tier and indicates even faster speeds.For a real-life example, if you look at the image above, you'll see that the SD card on display has a U1 rating - that's a UHS-1 card. Let's look into this with a bit more detail.

When it comes to regular classes, here's what we got: 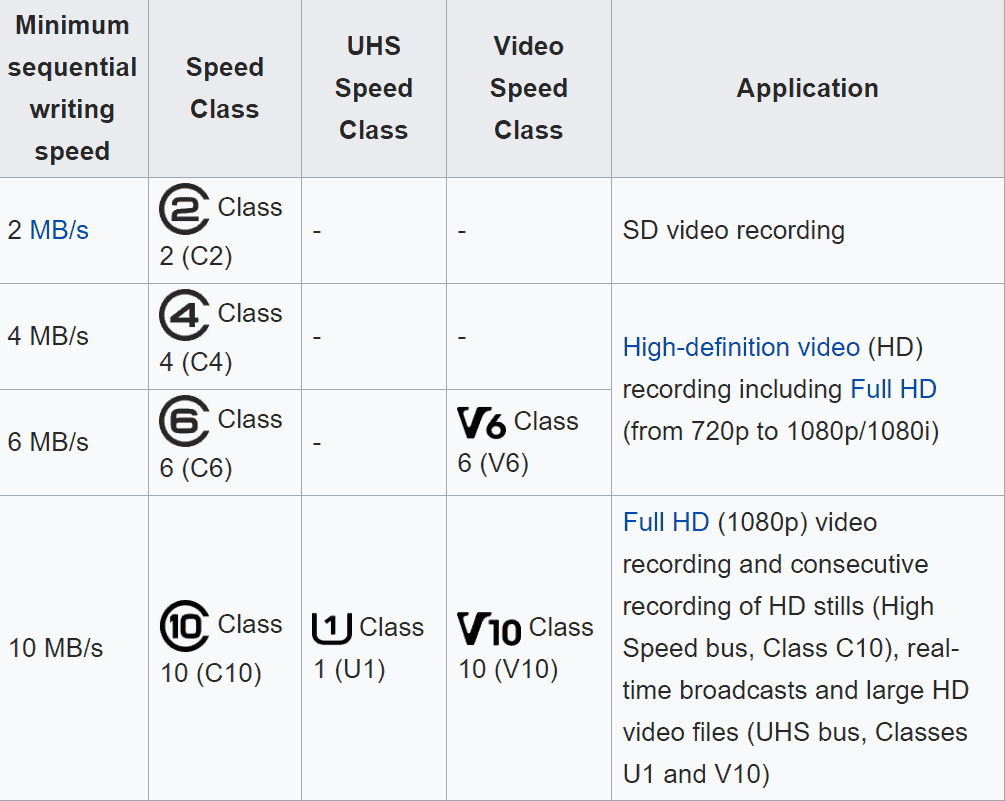 That's class 2, 4, 6, and 10. As you've probably noticed on the right side of the board, a higher micro SD card class allows you to capture videos in a higher resolution and/or framerate.Class 2 cards have a minimum write speed of 2 MB/s and allow you to capture SD videos; aka 360/480p, class 4 cards are at 4 MB/s and are capable of 720p or even 1080p recording, same thing for class 6 except its capable of 6 MB/s, and then there's class 10 which allows you to easily capture FULL HD videos at 10 MB/s.Do keep in mind that this is the minimum sequential writing speed. So, these cards can obviously write at higher speeds but these numbers refer only to how low they'll get. More on why this is important later on.

When it comes to UHS (Ultra High Speed), we only got two classes: 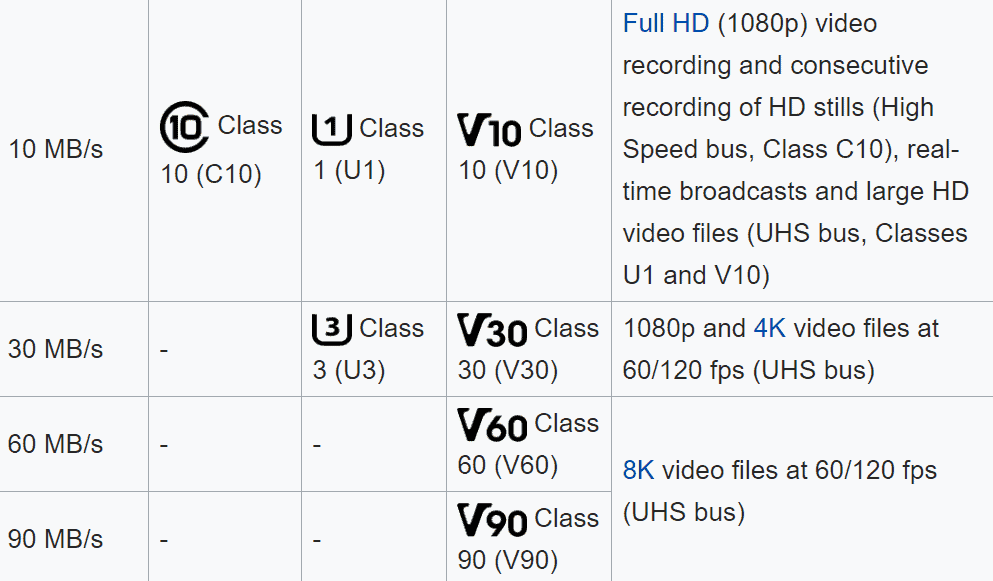 As you can see in the image above, with a minimum sequential writing speed of 10 MB/s, UHS-1 and Class 10 cards are ideal for 1080p video recording. UHS-3 offers a minimum writing speed of 30 MB/s which is 3 times faster and is ideal even for 4K video recording.Other than that, there are also video class cards that can go even faster than UHS cards. However, last time we checked, no smartphone can record in 8K. And even if there's one that does, we believe that V60 and V90 cards are generally not compatible with phones. At least at the time of writing this article that is.

Should we care about all of this?

So, when everything is said and done, there is no doubt that the class of an SD card does make a difference. The higher the class, the faster that the card will be able to write without falling under a specific target.Now the question is: should we care about it? Does the micro SD card class make a difference in real-world usage? Well, the short answer to this is yes and no depending on the kind of usage.But, who is it exactly that can take advantage of higher speeds? And who can't? Let's find out!

People who should care about micro SD card class 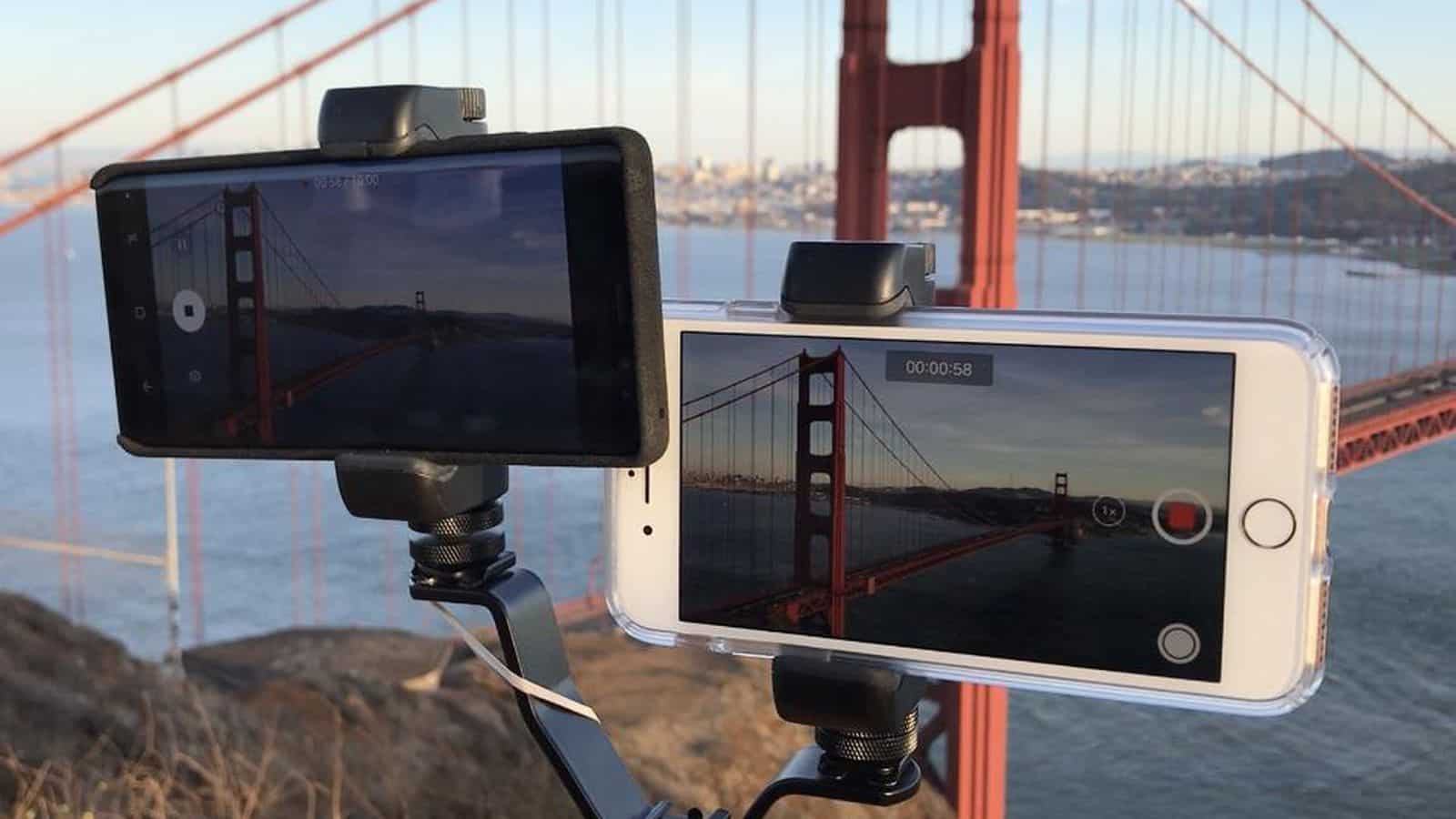 As we mentioned above, one important advantage that faster SD cards offer is video recording on higher qualities and framerates. And the truth is that most smartphones nowadays do support at least 1080p video recording.In fact, pretty much any flagship that comes out now will allow you to record even at 4K. That, by the way, is a bit overkill. But, still, if you have it, why not take advantage of it?So, if you're someone who loves capturing high-quality videos on his smartphone and uses an SD card for them, then you absolutely need to spend that extra money on at least a UHS-1 card.That's because if you can't meet the minimum write speeds that are required for video recording of a certain quality, then you'll likely experience frame drops or even recording errors.

Otherwise, you could also record your videos on the internal storage and then move them to the SD card. This would allow you to get a slower SD card with more storage for the same amount of money that you would spend on a faster card with less storage.But, then again, if you can afford to buy a phone that records in 4K, then you can probably afford to spend 10 or 20 bucks for a small decent card anyway.What if you are not interested in video recording, though? Can you still take advantage of faster writing speeds? Well, again, both yes and no.In most case scenarios, we can all benefit from faster writing speeds. The difference is that in all other cases, faster speeds are not absolutely necessary like they are with video recordings. 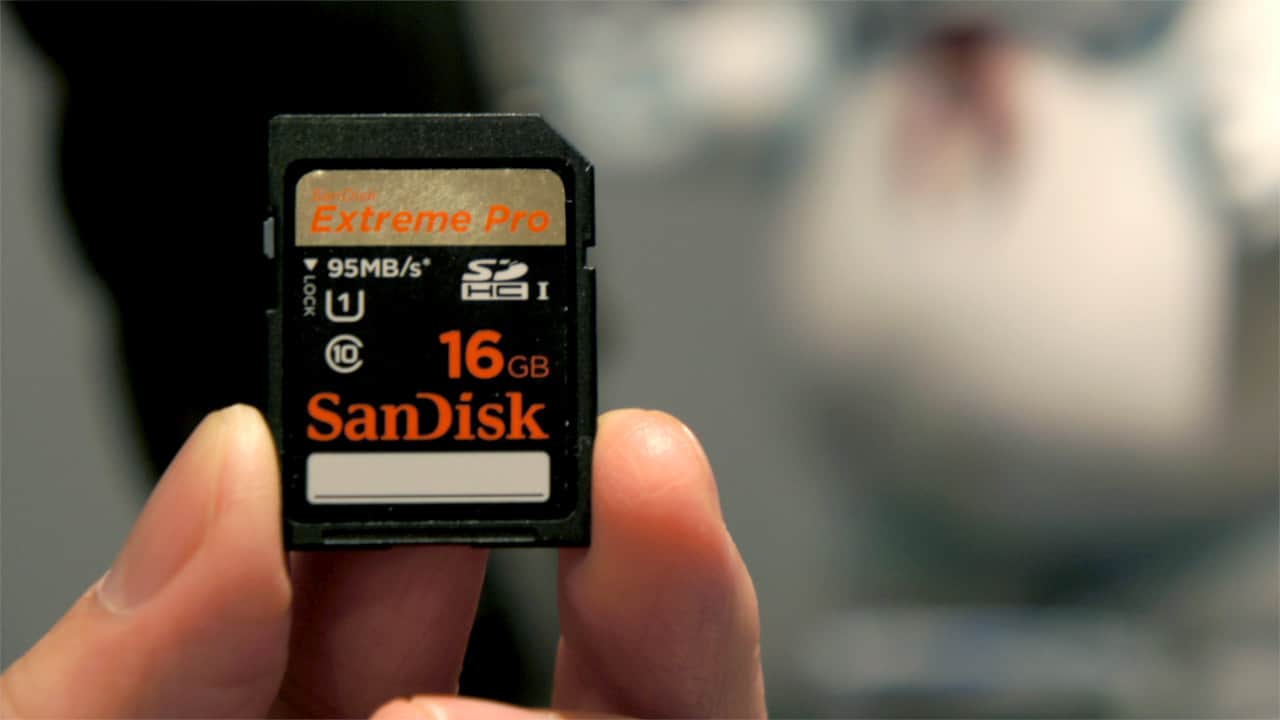 If you're a very lightweight user; aka someone who uses his phone to browse social media, listen to music, stream videos, and doesn't care about video recording at all - then chances are that you won't have to give a damn about your micro SD card class.The only small exception is probably downloading something directly to the card. However, most of us don't have a faster internet connection than the writing speeds of our cards.Still, at the end of the day, if you can spend a little bit extra for a decent SD card, then we would say that it's worth it. Just in case that you'll ever need it.

The micro SD card class matters but that's mostly for those who are interested in video recording. For the rest of you, well, while in most cases you won't be able to take advantage of the faster writing speeds, it's still recommended to get at least a UHS-1 card just in case.Feel like we forgot something important? Then let us and everyone else know about it in the comments section down below!Like what you see? Then don't forget to follow us on Facebook and Twitter for the latest news, reviews, listicles, apps, games, and more!